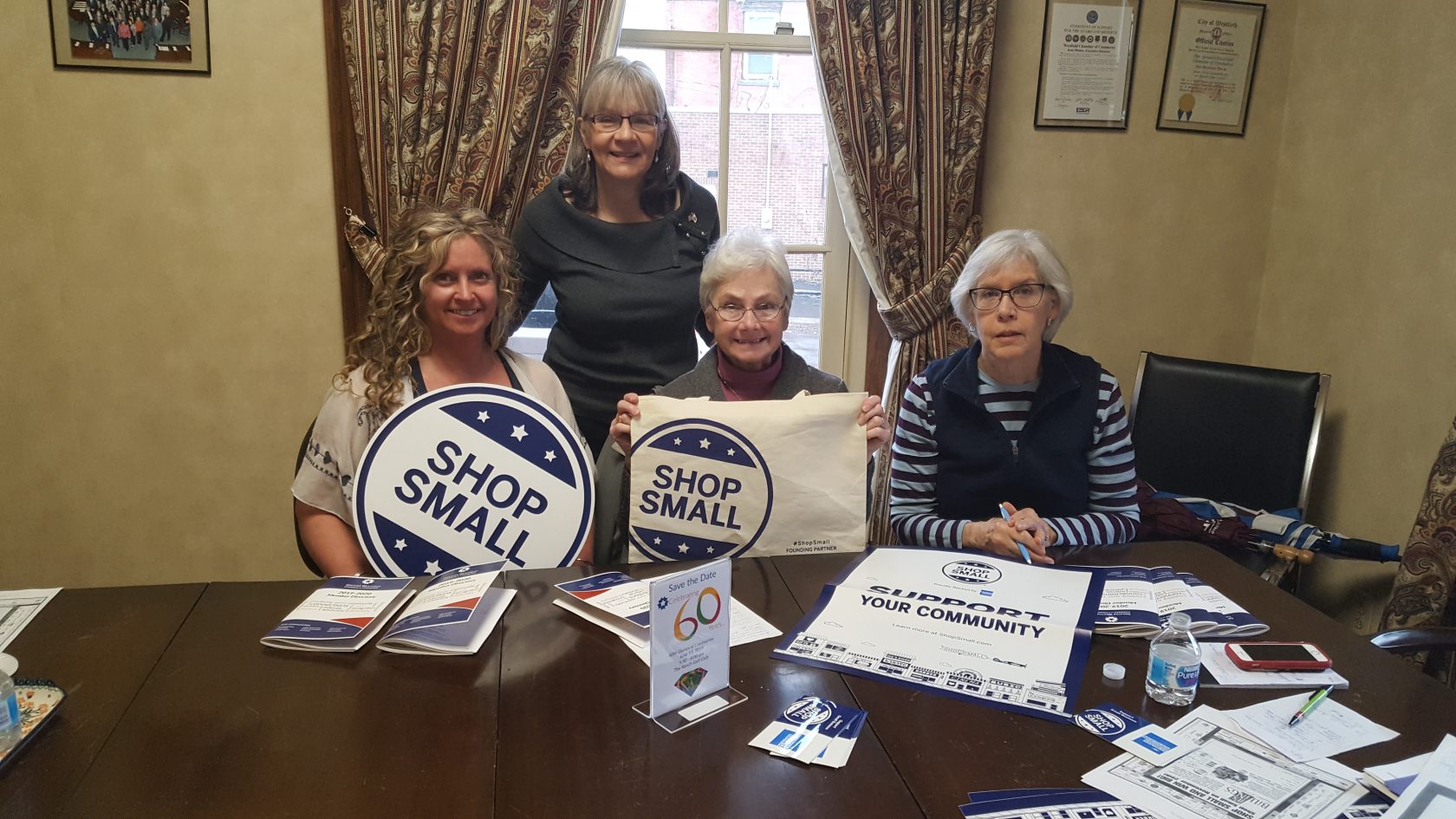 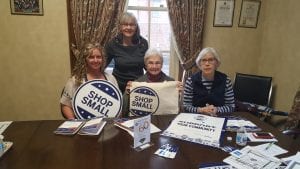 The meeting was attended by Westfield Bank’s Anne Faunce, Optimum Health Therapeutic Massage’s Christine Bissonnette, Ann Lentini of Domus Incorporated, and Barbara Trant from Westfield on Weekends. It was hosted by Kate Phelon, the Executive Director of the Chamber of commerce. The main topic of discussion is how to generate more business on Small Business Saturday, which takes place the day after Black Friday every year and is promoted by American Express.

Phelon brought up an idea she found from a town in Indiana who distributed a game board that almost resembles a monopoly board. On each “space” were the names of businesses around the city, and if one shopped at 10 of those stores and the owner signed off on their sheet, they could be entered into a raffle. The attendees agreed that a game board, or something similar, would be a good idea for this year’s holiday.

“The whole idea of Small Business Saturday is to get this game board and get people to buy local,” said Phelon.

The only questions about the game board were the logistics of distributing them and how many businesses one should have to go to in order to be eligible for the raffle. They decided on also doing 10 businesses and having drop-off locations for people who have finished it. The raffle will be drawn on the Monday after Small Business Saturday.

Bissonnette brought up the notion of cross-marketing. She mentioned that last year, she exchanged gift certificates of $75 with the owner of Choice Health, and they each promoted each other by raffling off the certificates.  She suggested that other businesses try the same thing. She gave an example of a restaurant downtown giving certificates to purchase alcohol at another store, and vice versa.

“I’m only successful if everyone is successful,” said Bissonnette, “If you’re doing great, that’s awesome, but let’s lift each other up and support each other.”

The group also discussed downtown parking and their issues with how it works right now. They discussed the possibility of reaching out to the city government to give parking passes for people entering certain stores, rather than ticketing them for parking in ideal spots.

The next meeting form the Greater Westfield Chamber of Commerce is scheduled to take place on June 17th at 16 North Elm Street. Phelon and the attendees said they will do more work to advertise the meeting and get more businesses to attend.