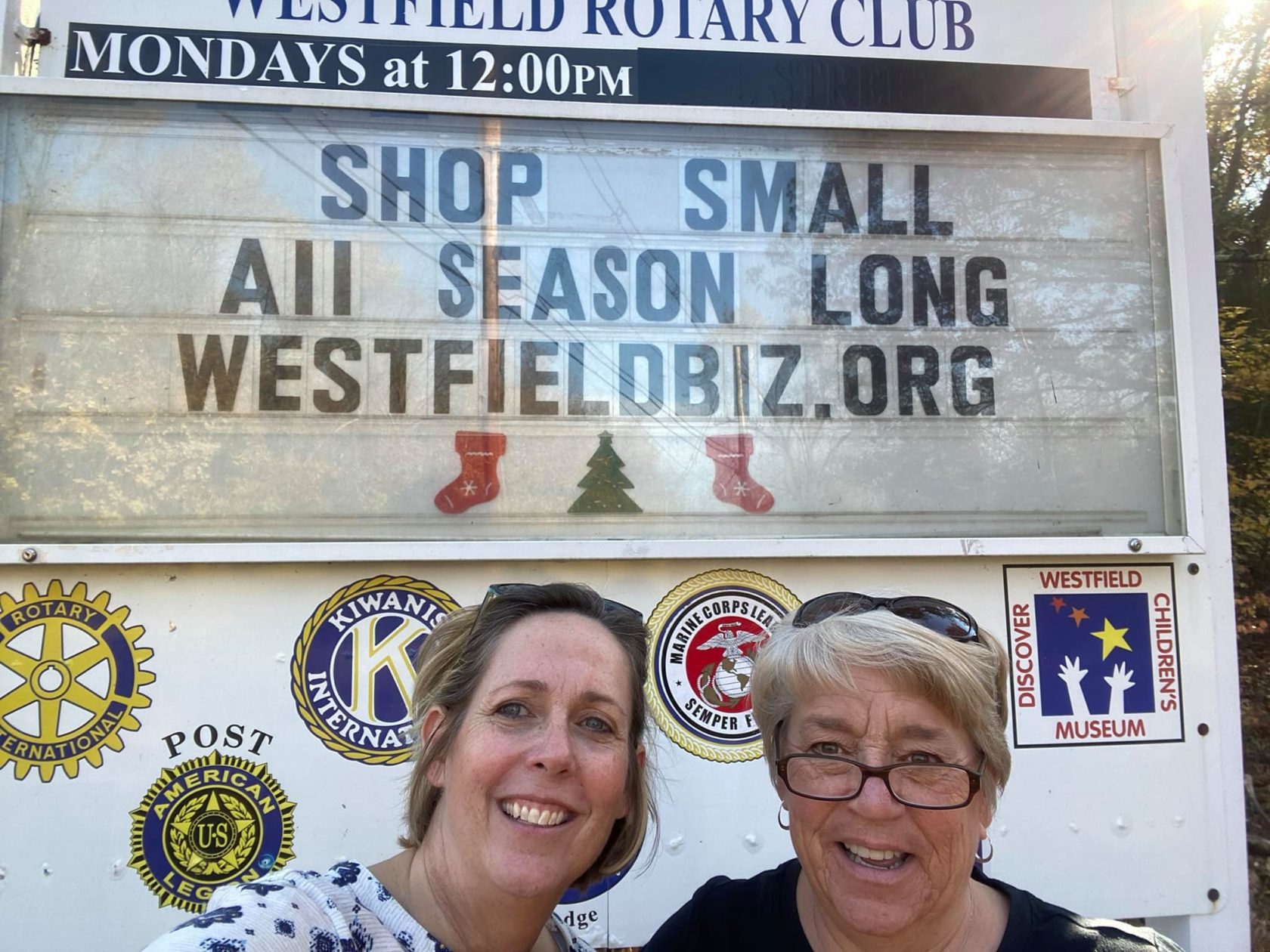 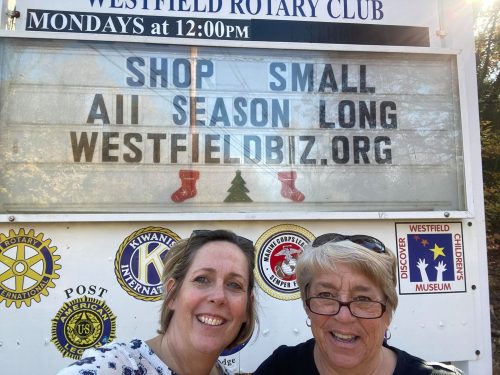 The Greater Westfield Chamber of Commerce  has expanded what used to be Shop Small Saturday to cover the entire holiday season, starting Nov. 1.

The “elves,” volunteers and Chamber board members are appearing at member businesses all over Westfield making videos and promoting Shop Small All Season Long.

“Last year, it was Shop Small Saturday,” said Ferriter. She said this year as they talked to people and visited businesses, there was so much going on they decided they needed more time to highlight it all, and the visits to businesses started to line up.

Krutka said the goal was to get out there and increase membership in the Chamber, but they’re having just as much fun meeting the other business owners and finding out more about them.

For example, she said Park Square Realty is almost directly across the street from Mina’s Wines and Spirits, where she does buy a bottle of wine on occasion. But in talking with Prob and Mina Reshamwala at 53 Elm St., she learned a lot she didn’t know.

“I didn’t know that they’ve been business owners downtown for 40 years; that they are responsible for the concerts in the lot next door, and that they specialize in liqueurs and cigars. It’s exciting to make that connection personally,” Krutka said. 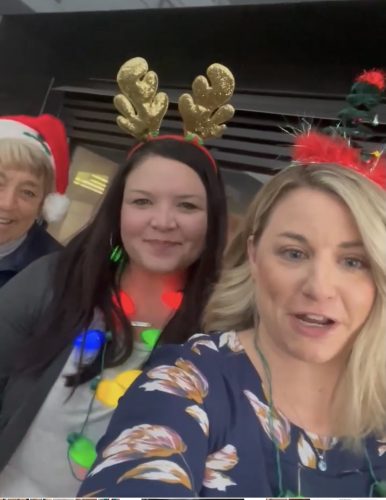 Pagella said one of the reasons they started the project was to show the value of Chamber member connections. They started with the idea of taking iPhone videos of four businesses, using the iMovie editing tool and posting them on the Greater Westfield Chamber of Commerce Facebook page.

Now Krutka said they plan to work at this until they have reached every member that wants to be included. The elves are also directing people to the Chamber website at westfieldbiz.org and to the Holiday Gift Guide for gift certificates from area businesses.

“We are using Facebook to reach the general public and give exposure to some of the little businesses that are in our community,” Krutka said.

The elves are also finding gift ideas for themselves. Ferriter said she didn’t know that you can buy supplies to build your own wreaths at Flowers by Webster, until she left that visit with her hands full of purchases.

Chamber members offer services as well as merchandise. Pagella said they made a video with YMCA Director Andrea Allard talking about giving the gift of health, something that Pagella said she is going to give herself this year.

Krutka said there is another incentive for members to participate in the promotion. If they tag the Westfield Chamber on their own Facebook posts during the holidays, they will be entered to win a free banner ad on the website, and an appearance on Chamber Director Eric Oulette’s Chatter Radio Show.

Community members are also eligible to win something if they tag themselves and the Chamber visiting a member shop this month, they will be entered into a drawing to win a $25 gift certificate to another Chamber member.

Krutka said Oulette has offered to become a voluntary elf as needed, and administrative assistant Fran Zampini is fielding requests from member businesses that want to participate at the Chamber office at 16 N. Elm St., Westfield, or 413-568-1618.