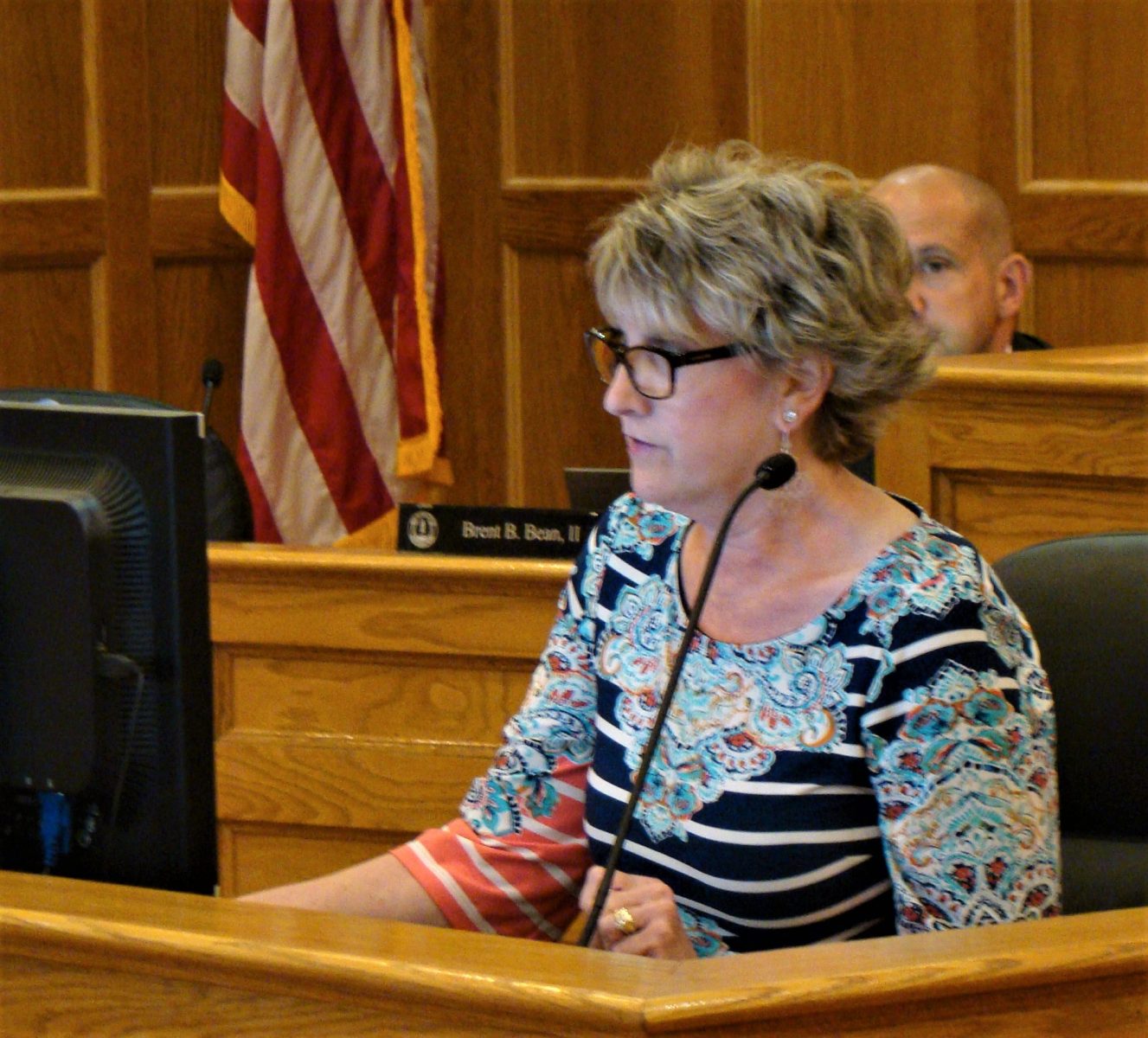 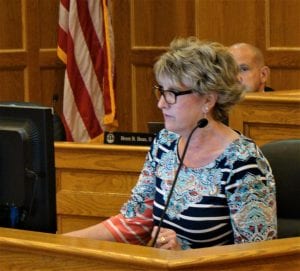 City Clerk Karen M. Fanion takes the minutes at the City Council meeting during the discussion of her reappointment. (Photo by Amy Porter)

WESTFIELD – City Clerk Karen M. Fanion submitted her request for reappointment until July, 2022 at Wednesday’s City Council meeting.
Personnel Action Committee Chair Cindy C. Harris asked for immediate consideration, stating that Fanion has served as city clerk since 1998 with continuous unanimous yes votes from the City Council every three years on her reappointments.
Harris went on to say that Fanion, who received her bachelor’s degree from Westfield State University, has served the City of Westfield for 37 years.
In addition to her duties as city clerk, which includes being clerk of the City Council, Fanion is chair of the Board of Registrars and Elections, and has overseen every primary, general and presidential election for over 30 years, often working 14 to 20 hours on Election Day. She has also trained over 100 election workers during that time, Harris said.
In addition, Fanion became department head of the Licensing Division of the Clerk’s Office in August, 2018, and has basically overhauled the department, according to Harris.
“Performing all these functions to run these departments efficiently requires extensive problem-solving skills and accurate decision-making in which she is responsible for monitoring any and all changes to governing laws and regulations, and for designing and implementing procedures and practices that comply with these laws,” Harris said.
Harris added that Fanion and her staff in the Clerk’s office and the Licensing Division reflect her well-run, efficient office, and “treat our citizens with a caring attitude while helping them with the services they need.”
A motion was made to accept Fanion’s reappointment, which was unanimous, and ended with applause from the members of the City Council.