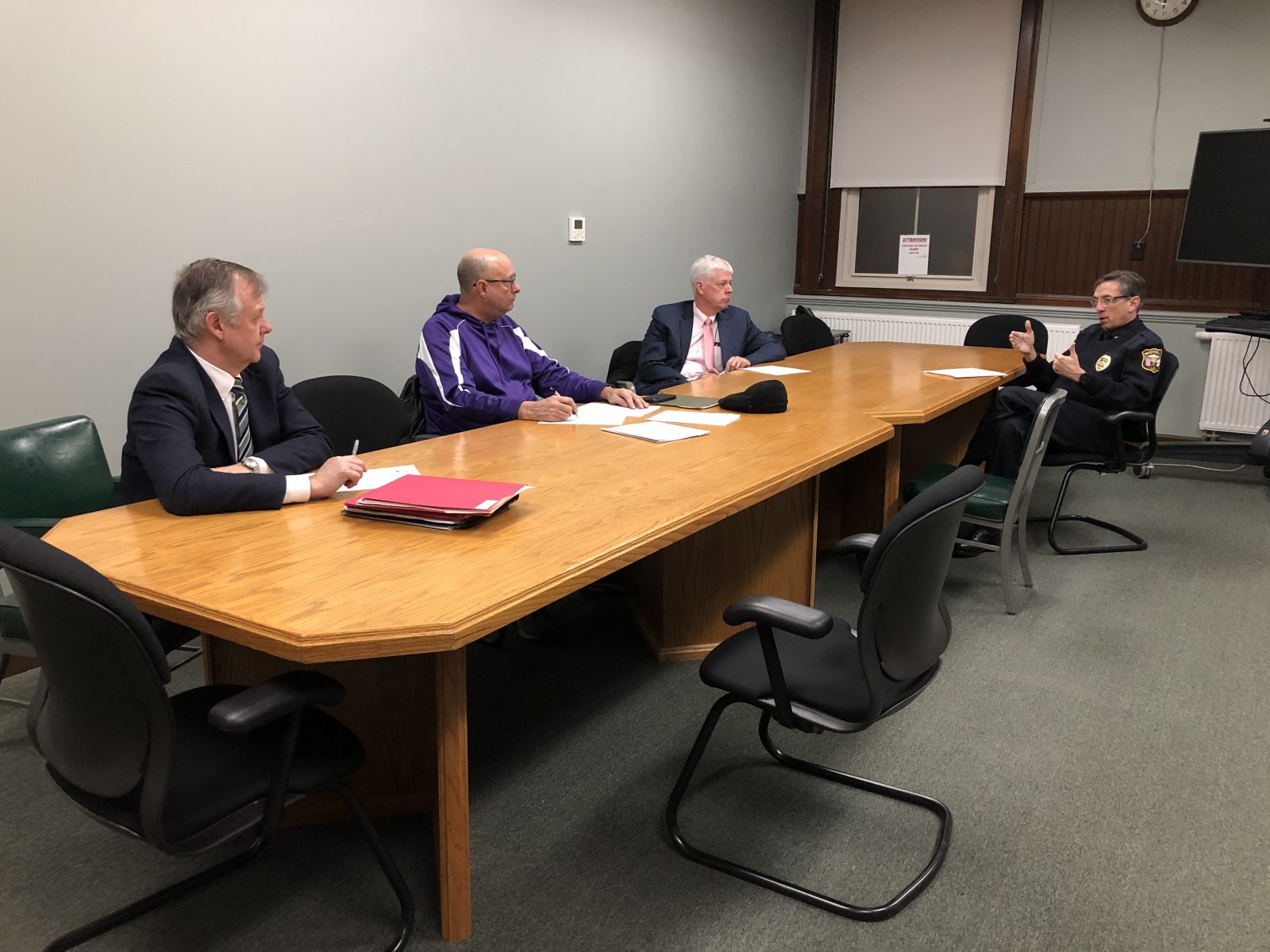 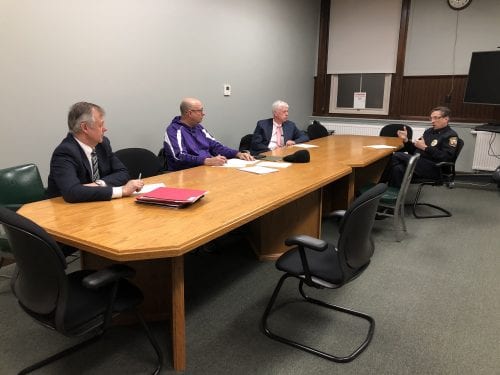 WESTFIELD – At its Feb. 11 meeting, the Finance sub-committee chaired by Ralph J. Figy, along with Dan Allie and Rick Sullivan, recommended by a 3 to 0 vote appropriations for a new vehicle and repairs to the police department facility; and a three-year lease for new vehicles for the Fire Department.
Westfield Police Capt. Michael McCabe said that of the total requested appropriation of $97,700 from free cash for the police department; $40,000 is for repair of a classroom in the building to bring it to a viable state; $10,700 is for a survey by Tighe and Bond on the status of Bay 1, to make sure it is safe for occupancy and to repair structural cracks; and $47,000 is for a new Ford Explorer vehicle for the department.
McCabe said the amount for the vehicle appears higher, because previously, quotes had included a trade-in value for a cruiser. McCabe said funds received from auctions of vehicles no longer go to the police department budget, but to the general fund.
“We’re hoping with the purchase of this car, by the end of 2020, money will remain for the last two cars in this cycle,” McCabe said.
Fire Chief Patrick Egloff addressed the request for $69,667 from free cash to the fire department vehicles account. Egloff said during the last budget cycle he was told to level fund and he had retained the amount of $177,000 in the budget after the last payment was made for the tower truck.
Egloff said his budget was cut by $150,000 during the council budget process, at which time he said when free cash came around, he would ask for funding for vehicles. The remaining $20,000 in the budget was spent on a boat for the department to respond at Hampton Ponds.
Another $59,000 of the request will pay for the first year of a three-year lease on three vehicles for the department, including an F150 for the deputy chief, a Ford F350 diesel brush truck dedicated to wildland fire, and a new chief’s vehicle. Egloff said the vehicle he is currently driving would go to fire prevention. The remaining $10,000 is for three radios to be installed in the vehicles.
Sullivan asked if Mayor Donald F. Humason, Jr is aware of the three-year commitment of $59,000 in the budget. Egloff said he is.
Egloff also presented to the Finance Committee an appropriation of $469,889 from the fire department ambulance designated fund balance to the department’s ambulance vehicle account.
“Every three years, we come to the Council and ask to purchase two new ambulances,” Egloff said. He said the two current front ambulances which are three years old will move to back up, and to LIttle RIver station.
Egloff said the department gets a lot of calls; 7,800 last year, up 318 from the year before. “We really can’t spread this out more than eight years with our volume,” he said. He said there is one ambulance each at the North and Little River stations, and three at headquarters.
Egloff said last year, the department budgeted $207,000 from the fund for the first year of a three-year lease. He said $677,000 is the total quote for two vehicles, so the difference is $469,000, which he recommended paying in cash from the ambulance fund.
Sullivan asked what the remaining fund balance after the purchases would be, and Egloff said $1.6 million.
“(Former) Fire Chief Frank O’Brien was a visionary, and I’m very lucky to be working with what he left us,” Egloff said, referring to the designated ambulance fund.