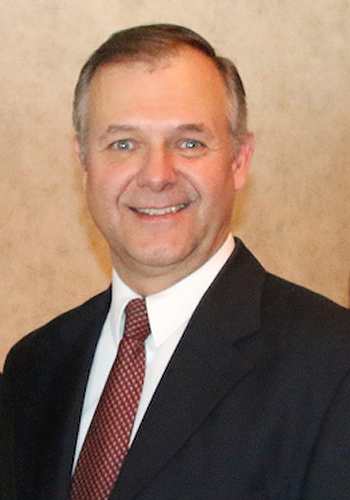 WESTFIELD – On June 7, the City Properties Committee considered the creation of a flag ordinance on a motion by Ward 1 Councilor Nicholas J. Morganelli Jr. at the June 1 City Council meeting. The motion resulted from a request to the Parks & Recreation Commission in May to fly the Pride flag on Park Square Green during the month of June.

Morganelli, who is the liaison to Parks & Rec., said there are a lot of ordinances existing for signs and banners, but to his surprise when the request to fly the Pride flag was made, he found that flags are not addressed in any ordinance.

Ultimately, the committee ceded the decision to Mayor Donald F. Humason Jr., who allowed the Pride flag to fly on Park Square Green the first week in June, the same period of time that the flag was also raised at City Hall for the second year in a row.

City Properties Chair Dan Allie said he had asked committee member Dave Flaherty to write down some thoughts, resulting in a draft ordinance that used language from other municipalities and incorporated comments from Morganelli. “This committee is basically just taking input, to the point where we send it to the Legislative & Ordinance Committee and the Law Department,” Allie said.

At Monday’s meeting, Morganelli said it was the first time someone had asked to fly a flag on the green. Acknowledging remarks made by former Councilor Agma Sweeney during public participation earlier in the meeting, he said for the last 23 years, the mayor has flown the flag of Puerto Rico at City Hall.

Sweeney, who is president of the Westfield Spanish American Association, said she supports continuing to allow flags to be flown. “This is about flags that represent communities, like the Puerto Rican flag and the Pride flag. It gives people the sense of belonging, and is important for members of communities that have historically been marginalized,” she said. 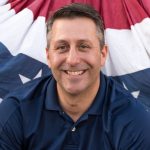 Morganelli also acknowledged that the timing of his motion affected some people. He said it had nothing to do with the Westfield Pride Alliance request, he was just doing his job as a city councilor to address the lack of a city ordinance.

During public participation, Flaherty read portions of a letter from Karen Pighetti that was signed by more than 50 Westfield residents, asking the committee to stop working on the ordinance.

“The request from the Pride Alliance to Park & Rec. to fly this flag was a positive thing. A lack of flag ordinance has never hurt the city of Westfield or created a problem until some councilors made one, the day that flag was asked to be flown,” wrote Pighetti. Flaherty said the letter also stated the councilors were going about it the wrong way.

“We just need some rules. We can still have freedom of expression. The ordinance would comply with federal and state law and other municipalities,” Morganelli said, detailing some of the points he would include in the ordinance, such as the rules related to flying government flags according to the U.S. Code. He then said he would let the subcommittee take over the effort.

Flaherty said he agreed with Morganelli on the reasons for an ordinance, because not having one opens up the city for many groups seeking to use city property for private expression using their First Amendment rights.

“My intention has nothing to do with the Pride flag. I’ve supported the Pride community before. I have no ill will at all towards the Pride community. I certainly respect and endorse and agree with all the free speech and free rights and all the progress that’s been made in the last 50 years,” said Flaherty, adding, “The message of that group has nothing to do with the motion to define what can and cannot go on city property. That’s what this motion is about, who can use city property for a message that they as a group or person feel is appropriate.”

Flaherty said as far as precedence goes, there was never a permit process. “The WSAA flag was displayed at the discretion of the mayor, same thing with the Pride flag, because Parks & Rec. ceded the decision to the mayor.”

Flaherty said the process in the past has been that people ask the mayor to fly a flag and the mayor decides. He said his goal with the ordinance is to make sure that process is followed in the future, and to not burden other committees, boards, commissions or the city council with deciding what is or isn’t appropriate speech for public flagpoles.

“It is the mayor’s job to decide what is the appropriate expression for the City of Westfield,” Flaherty said, adding it falls into the category of government speech. “That’s what this ordinance does,” he said.

Flaherty drew language from ordinances from New Jersey and Boston for city-owned flag poles that typically hold flags. Portions of the ordinance also include by right use on school properties and sports fields to fly related flags.

The draft notes that flying auxiliary flags, which the Pride flag would fall under, would be at the sole discretion of the mayor as the chief executive officer of the city, only where there would be two or more existing flag poles, and they must never fly on the same flag pole as the American flag.

Also not permitted would be flags related to religious denominations, philosophies, causes, movements, or organizations; and political parties, candidates, causes, slogans or political speech, or displaying words or images deemed obscene, offensive or hateful. Flaherty said some of this language came from Boston, and some was merged from other sources.

Also included is the statement that the mayor shall not have to justify any decision, action or inaction, and there will be no path to appeal.

“The feedback I got from a few councilors and commission members is they don’t want the responsibility of deciding what goes on flagpoles,” Flaherty said, adding, “I think the people can trust the mayor to do this.”

Allie said the Law department would probably want some time with the ordinance. Flaherty said he already gave them the draft. The committee decided to meet one more time, get comments from the law department, and then send it over to L&O.