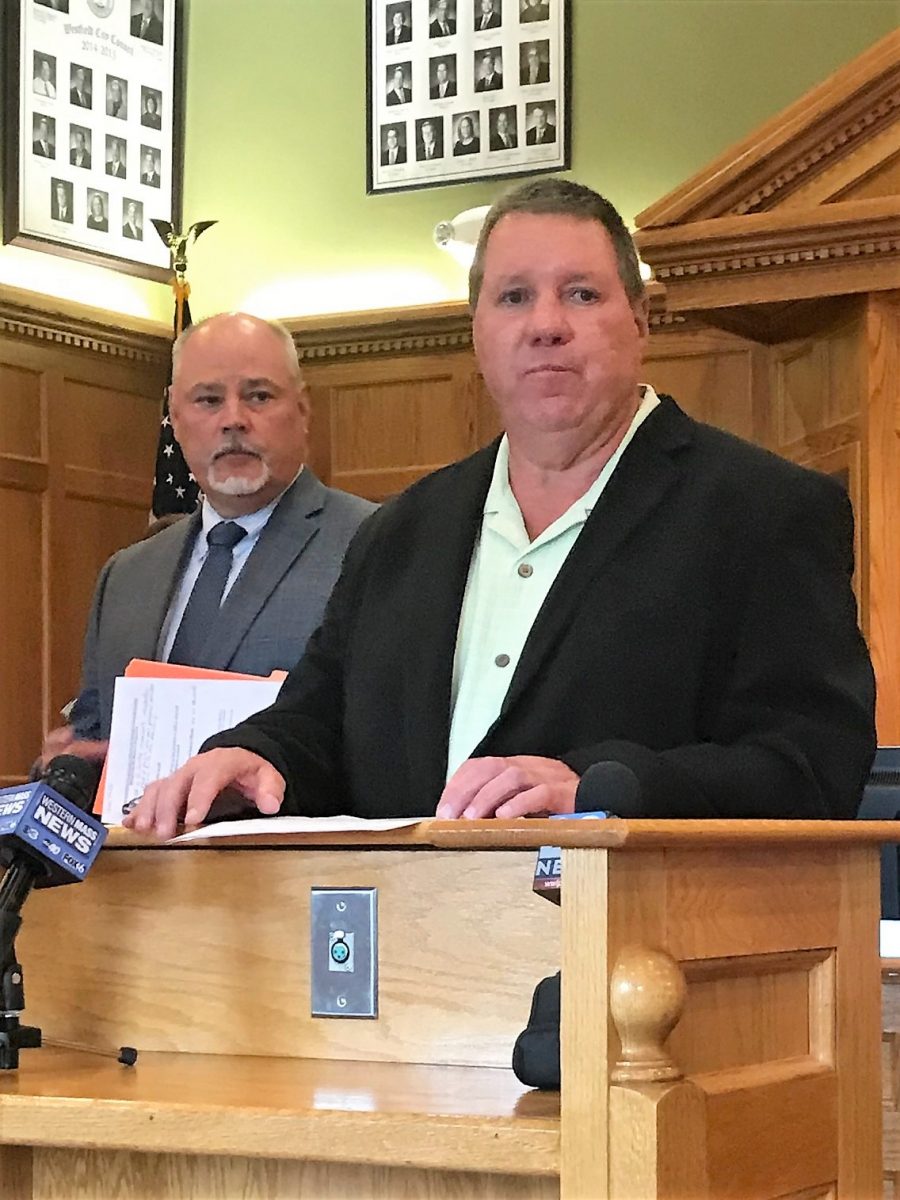 WESTFIELD – The city received $1.3M this week from the United States Air Force for costs incurred related to the treatment of contaminated water sources.

The contaminants, Perfluorooctanesulfonic and Per- and polyfluoroalkyl substances (PFOS and PFOA) were detected in wells on the city’s north side in 2016. The source of the contamination was identified as aqueous film-forming foam, or AFFF, used at Barnes Air National Guard Base located at Westfield Barnes Regional Airport.

“I am very happy to announce that on Dec. 2, 2019 the City of Westfield received these funds,” Figy said in a press release. “I would like to congratulate [Department of Public Works Director] Dave Billips and his staff for all the hard work that enabled this to happen.”

Figy also touted the work of City Solicitor Susan Phillips and her staff.

“Sue Phillips and the rest of the law department should also be congratulated for a job well done. As has been stated previously, the city will continue to pursue all available avenues of recovery,” continued Figy.

The city entered into an intergovernmental agreement with the United States Department of the Air Force Sept. 26. The agreement authorized the Air Force to reimburse Westfield for costs incurred between Jan. 2, 2017 and Sept. 28, 2018 to treat water sources contaminated with PFOS and PFOA in exceedance of the EPA’s lifetime health advisory of 70 parts per trillion where the exceedance of these levels were the result of activities conducted by or paid for by the United States Air Force.

The amount of the relevant costs the City of Westfield incurred during that time period was $1,350,917.26.

Westfield currently has claims against three manufacturers of the firefighting foam.