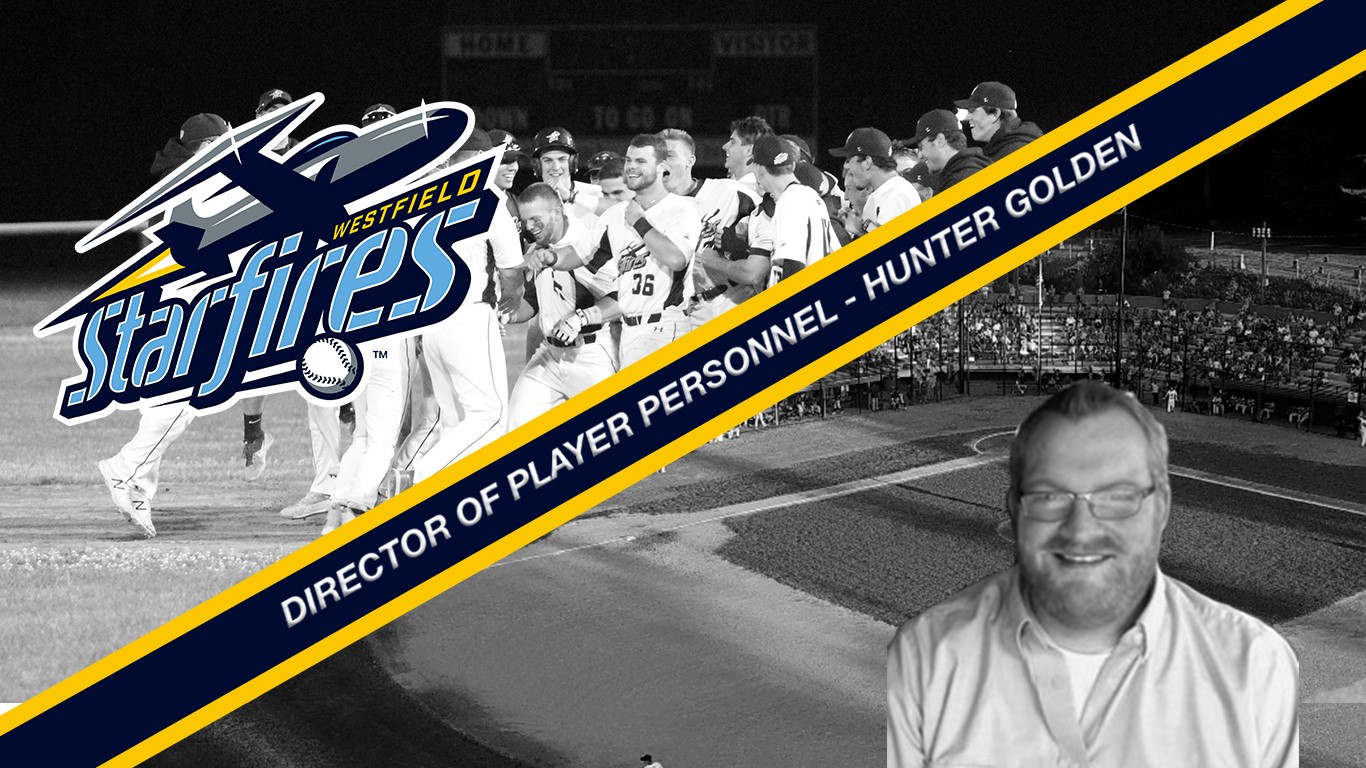 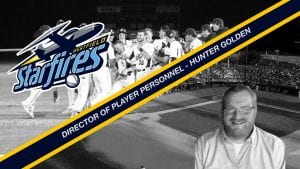 WESTFIELD – The Westfield Starfires of the Futures Collegiate Baseball League have named Hunter Golden Director of Player Personnel.
“Hunter has a proven track record of building championship teams in summer collegiate baseball,” Starfires owner and co-founder Chris Thompson said. “He has tremendous relationships with college programs across the country and I have given him carte blanche to construct the Starfires roster moving forward.”
Golden will be responsible for recruiting talent from colleges across the United States and Puerto Rico and transition them into summer baseball in New England. Players will live with host families in Western Massachusetts and become involved with many community initiatives each summer.
“I’m excited to be working with Chris and Donnie and helping to put together a winning ball club that fans can be proud of and excited to see every summer,” Golden said. “Westfield is a great baseball community that deserves a winning team. We’re already focused on assembling a group of players who won’t just be successful this season – but that is the kind of team that sets the tone for a culture of sustained success that we hope to build on year after year. We’re in a fortunate position to have a lot of trust placed in us by ownership – and have been granted a lot of freedom and latitude in terms of using whatever resources we need in order to build a great roster and provide as good a player experience as we possibly can. The framework already exists here for a winning program and we’re extremely optimistic that with a little work, we’ll have a chance to be competitive right off the bat.”
The Starfires signed a 15-year lease with the City of Westfield for Bullens Field in 2019.
The FCBL is a wood-bat, collegiate summer league featuring the top college baseball players in the country. Each team plays a 56-game schedule from May through the beginning of August. The Futures League has added a new team to its league in 2020. The New Britain Bees come over from the independent Atlantic League of Professional Baseball.
Starfires 2020 season memberships are now on sale at WestfieldStarfires.com. – Courtesy of Westfield Starfires