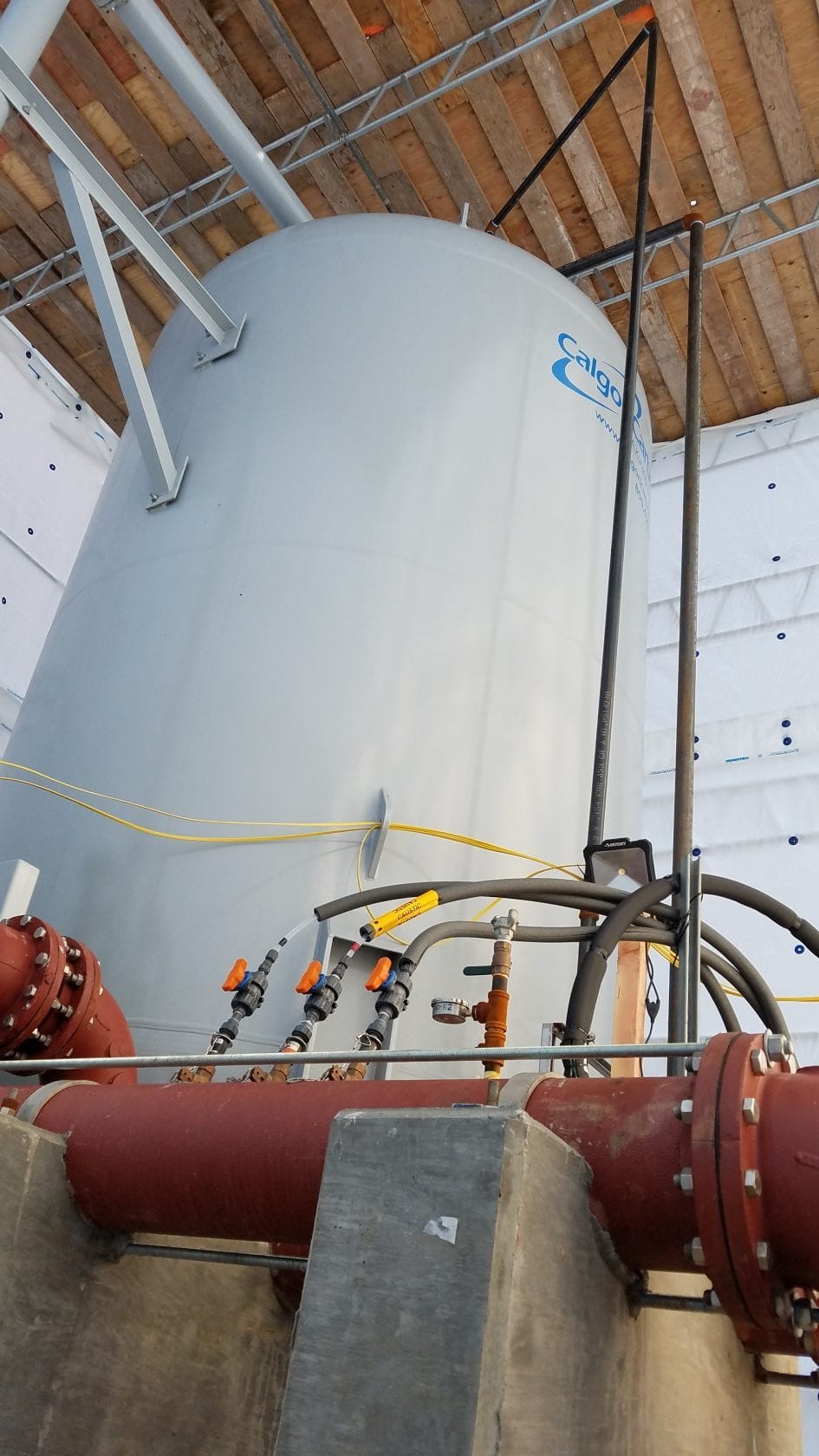 WESTFIELD – The city received a $200,000 grant this week to address Per- and polyfluoroalkyl substances contaminating Westfield water. At the same time, the Massachusetts Department of Environmental Protection announced stricter regulations on the substances known as ‘forever chemicals.’

Westfield Water Systems Engineer Heather Stayton said the city is ahead of the curve.

“We are prepared to not only meet the regulations, but we already exceed them,” Stayton said.

Westfield’s northside wells were contaminated with PFAS linked to firefighting foam used at Barnes Air National Guard Base. Wells 7, 8 and 2 were offline for several years and recently came back online after granular-activated carbon (GAC) filters were installed. Well 1 is currently offline while GAC filtration is installed.

The new drinking water standard for PFAS establishes a limit of 20 parts per trillion (ppt) for the sum of six PFAS compounds, called “PFAS6.” According to a press release from state Sen. John C. Velis, this new level of 20 ppt provides a much higher degree of protection compared to the previous guidance of 70 ppt, particularly for sensitive subgroups including pregnant women, nursing mothers and infants.

The regulations also require that public water suppliers begin quarterly testing for PFAS in 2021, and mandates that they must act when there is a detection above the limit. There are currently no federal PFAS standards for drinking water, and very few state regulations as well.

“This is the first MCL that is a regulation,” she said. “Previously we’ve had guidance for five PFAS compounds at 70 ppt.”

The stricter regulations are a win for residents in all communities of the Commonwealth, but Westfield’s water department has even more strict standards in place.

“This doesn’t change what we’re doing because our goal is non-detect,” said Stayton. “Our system was designed for not 70 ppt, but for non-detect. This [new regulation] will require communities who have not been testing for PFAS to test and if they have PFAS they would have to do what we have been doing the past four years.”

Stayton said PFAS was found in raw water directing out of Wells 7, 8 and 2, which then goes through granular activated filters to remove the PFAS to non-detect levels.

“No water has gone into the system that detected PFAS,” Stayton said.

Stayton said the grant award was received Tuesday from Gov. Charlie Baker’s office and will reimburse the city for filtration design.

“The Dry Bridge Road filtration plant design is 95% complete and will treat water from Wells 1 and 2,” Stayton said. “We won’t put Well 1 back online until it is filtered.”

“The long-term health consequences of PFAS are abundantly clear, and these new regulations and funding are a critical step towards protecting our communities and our health from long-lasting dangers,” said Velis. “It is completely unfair that we have been forced to bear this public health and financial burden when we had nothing to do with it. During my time in the legislature, I have fought for funds wherever I can to ensure that Westfield residents are not penalized for trying to do the right thing and fixing their drinking water.”

City Councilor Kristen L. Mello has led the charge for clean water and stricter regulations in the city. She said Velis and others have been steadfast in the fight to clean the city’s water.

“We are proud to take our place among the states who have placed legally enforceable limits on PFAS in drinking water in the absence of federal action. Finalizing this MCL for six PFAS in drinking water is another vital step forward in reducing toxic PFAS exposure to residents of our communities ,” said Mello in a written statement. “Residents from Westfield and other affected communities are grateful that, from our first meeting with MA DEP asking for a PFAS MCL in April 2018 to the last hearing for public comment in 2020, Sen. John Velis has been there with us advocating for our communities every step of the way.”

Velis said the announcement was the culmination of years of work on behalf of residents.

“We have worked so hard to bring our concerns to the state and to make sure that Westfield is not forgotten about when it comes to PFAS. I’m just relieved that action like this is finally taking place,” he said.

Mello said the grant will help to ease the financial stress of dealing with PFAS, “Addressing the local need for assistance in testing and treatment for these ‘forever chemicals’ helps to ensure those of us bearing the burden of PFAS exposure are not facing additional financial burden from the regulation intended to decrease that exposure,” she said.

“The grant provided to Westfield is so important because it will allow us to continue working towards our ultimate goal of removing PFAS from our water systems completely,” said Velis. “There’s still much more to be done, but these are tangible accomplishments, and I’m grateful for all of the Westfield community members who have worked alongside me.”

In December 2019 the city received a $1.35 million reimbursement from the United States Air Force for water cleaning efforts. The city in 2018 filed a lawsuit against three manufacturers of the firefighting foam, alleging the makers had knowledge of the chemicals that the foam would release when used.