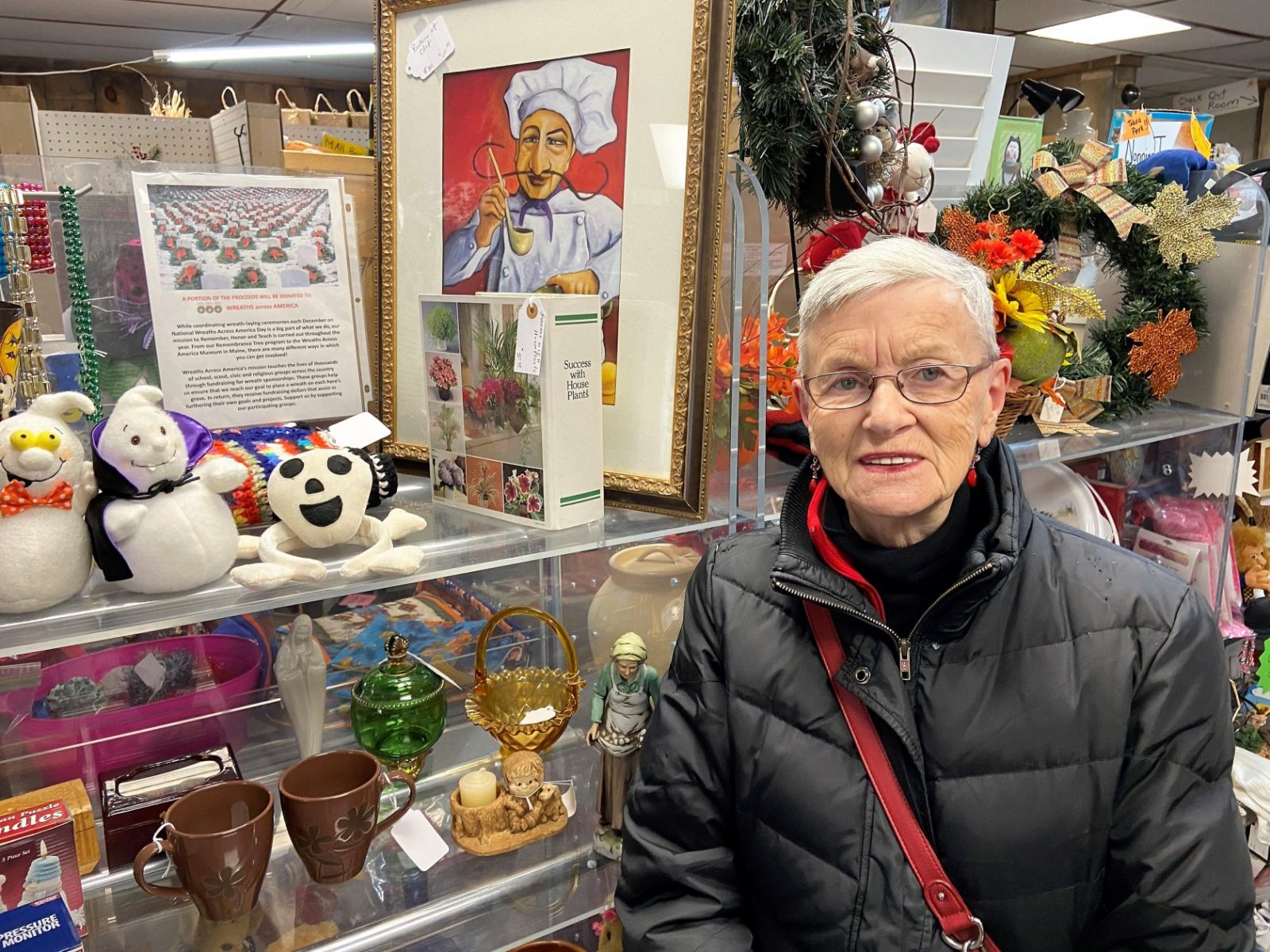 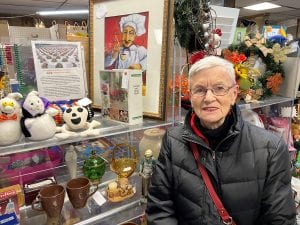 Westfield resident Marie Boccasile stands in front of her booth at Yellow Bear Market in Southwick where she is selling items to support Wreaths Across America. (HOPE E. TREMBLAY/THE WESTFIELD NEWS)

SOUTHWICK – Westfield resident Marie Boccasile is donating to Wreaths Across America this holiday season, and you can help.

Boccasile rents space at the Yellow Bear Market in Southwick and is donating a portion of all sales to Wreaths Across America.

Boccasile said it all started from a place of misfortune that she is trying to turn around.

“I live at Hampden Village, which is a mobile home park,” Boccasile said. “One of my neighbors got evicted and her house was going to be bulldozed with her belongings in it. I could not let that happen.”

Instead, Boccasile offered to remove the belongings, with permission, and sell them at Yellow Bear, which is an indoor flea market.

“As a result, I have many, many boxes of stuff. I was hoping to have an indoor tag sale, but that didn’t happen partially due to Covid 19. I have opted to rent two booths at Yellow Bear to sell whatever I can,” she said.

Boccasile, who served in the Marine Corps., said she was inspired to donate to Wreaths Across America after seeing what the organization does first-hand.

“I happened to see the Wreaths Across America group drive into Stanley Park on one of their stops to the Veteran’s Cemetery in Agawam,” she said. “It was one event I’ll never forget. They lay a wreath on the graves of so many veterans.”

Wreaths Across America is a nonprofit organization that lays wreaths on the graves of veterans each holiday season. The organization was started by Morrill Worcester, owner of the Worcester Wreath Company in Maine. As a child, Worcester visited the Arlington National Cemetery and it left a lifelong impression. In 1995, when his company had a surplus of wreaths during the holiday season, Worcester arranged for the wreaths to be placed on graves in Arlington.

From there, the tradition grew and today more than 1,000 sites participate around the country, including at Stanley Park where there is a memorial to veterans.