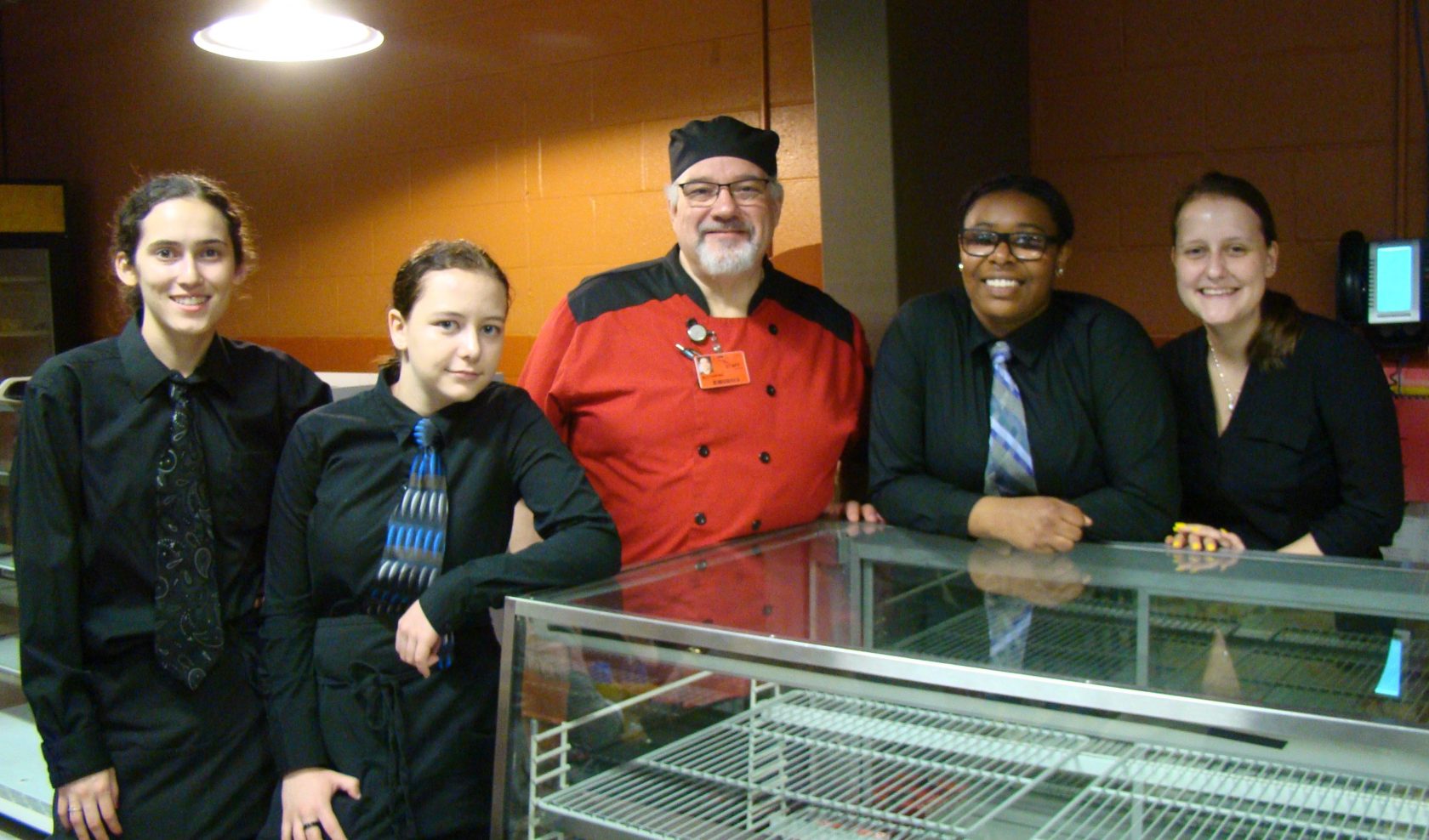 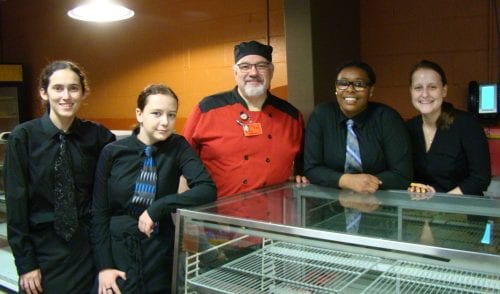 WESTFIELD – Instead of the Thanksgiving buffet open to the public that Tiger’s Pride at Westfield Technical Academy usually offers, this year they will offer individual dinners and side dishes to go, along with the pies, rolls and quick breads they traditionally sell.

Chef’s Assistant Stacy Boisseau said they hope to lessen the load for people who don’t really want to cook a whole Thanksgiving turkey when they’re not able to have their extended families together due to COVID, which is also the reason they won’t be offering the buffet.

Quarts of the stuffing, potatoes, squash, carrots, and gravy are also being sold separately for $3 to $5 each, for people who don’t feel like making a particular item at home on Thanksgiving Day.

Also available to order, as always, are apple and pumpkin pies for $8 each, chocolate cream pie, $9, pecan pie, $10, banana walnut bread, $7 and a dozen dinner rolls for $4. Everything in the meal is made from scratch, including homemade crusts on the pies, by the students and staff in the culinary department at WTA, Boisseau said.

One of the reasons they are offering the Thanksgiving meal to go is that the Tiger’s Pride restaurant raises money for the culinary department at the school. “Without the restaurant being open to generate funds, we are running out of money to purchase food, to buy things for the students to learn knife skills and cooking skills. We’re trying to generate money for the culinary department,” Boisseau said.

Boisseau said between the holiday buffet, pie sales and the craft fair, which is also canceled, the department raises 75 to 80 percent of their generated funds for the year. “We’re missing the craft fair, we don’t have the buffet, and hopefully we’ll sell enough pies and dinners,” she said.

Chef Philip Mucciarone said that a lot of the catering events that happen in the beginning of the year really fortify their budget, and this year with COVID they couldn’t happen. “It’s hard for us; we try to give the kids every opportunity while they’re here,” he said.

Mucciarone said the department is fully enrolled, and they’re seeing 20 to 21 students per week. Freshmen explorations are also just starting and the culinary department is popular, so they expect to get a “full boat” of freshmen.

Mucciarone said if they don’t make up for some of the lost income to spend on food, students are going to be doing paperwork. “That’s not what vocational education is all about,” he said, adding, “We’re going to see what we can do to generate funds to keep them cooking.”

Orders for individual dinners, side dishes and/or pies and breads may be placed by email to ti[email protected], or by calling 413-564-3123. All orders must be placed by Friday, Nov. 13. Curbside delivery of all orders will be held on Tuesday, Nov. 24 from 10 a.m. to 1 p.m. 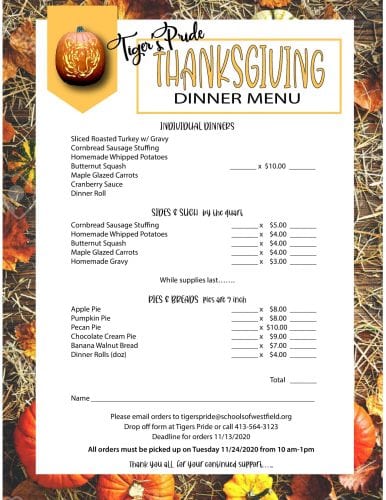