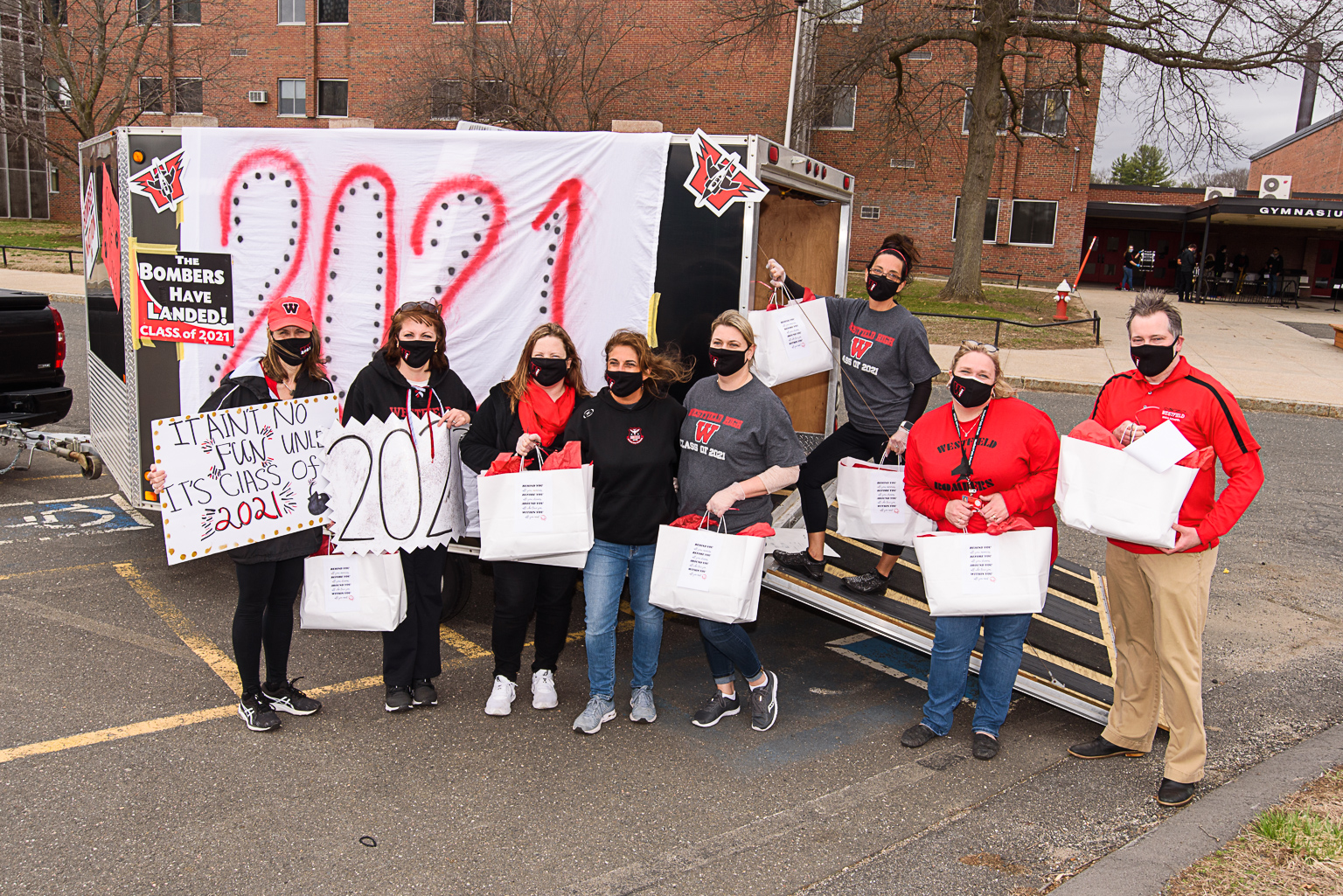 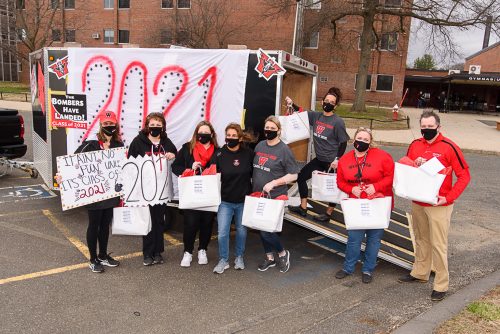 WESTFIELD – After a successful fundraising effort, a group of parents of the Westfield High School Class of 2021 was able to present a “Senior Surprise” to the students this week.

Kelly Prenosil, one of a group of eight parents who led the effort, said with the $4,775 they were able to raise on a gofundme site, exceeding their goal of $4,500, they were able to present each of the 282 students with a custom stadium blanket screen printed with a large W and 2021; and an insulated tumbler with a big red W. Also included in the gift was a donated car wash from Golden Nozzle, and a can of Coca-Cola “to have a Coke and a smile.”

“With that many seniors, it was a big endeavor, but we were able to give them all the same gift, and to celebrate all of the seniors,” Prenosil said. 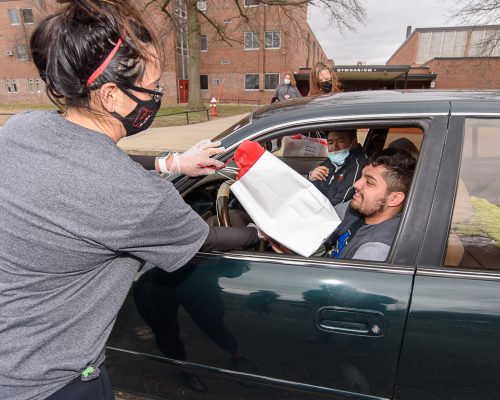 Prenosil said the seniors were informed by a robo call on Monday and an email that went home to the families to have them line up at WHS on Wednesday between 3 and 5 p.m. to get their senior gifts.

Prenosil said the group started in the fall with the idea, and ended up with eight or 10 parents organizing it, along with “a host of others that had their input.”

“The class advisors helped out, and the principal was made aware of what we were doing, and we had his support as well. The kids weren’t involved in this fundraiser. We wanted to make sure there was no stress for them – more of a parent-driven effort,” she said.

There was fanfare at the presentation. Class advisor Carrie Salzer asked the band to participate, and there were signs to greet the seniors with some school spirit.

“This is hopefully going to lighten it up a little bit and let them have fun for a couple of hours,” Prenosil said before the event, adding, “I’m hoping this kicks off an optimistic end to their senior year, or maybe the beginning to their senior spring.”