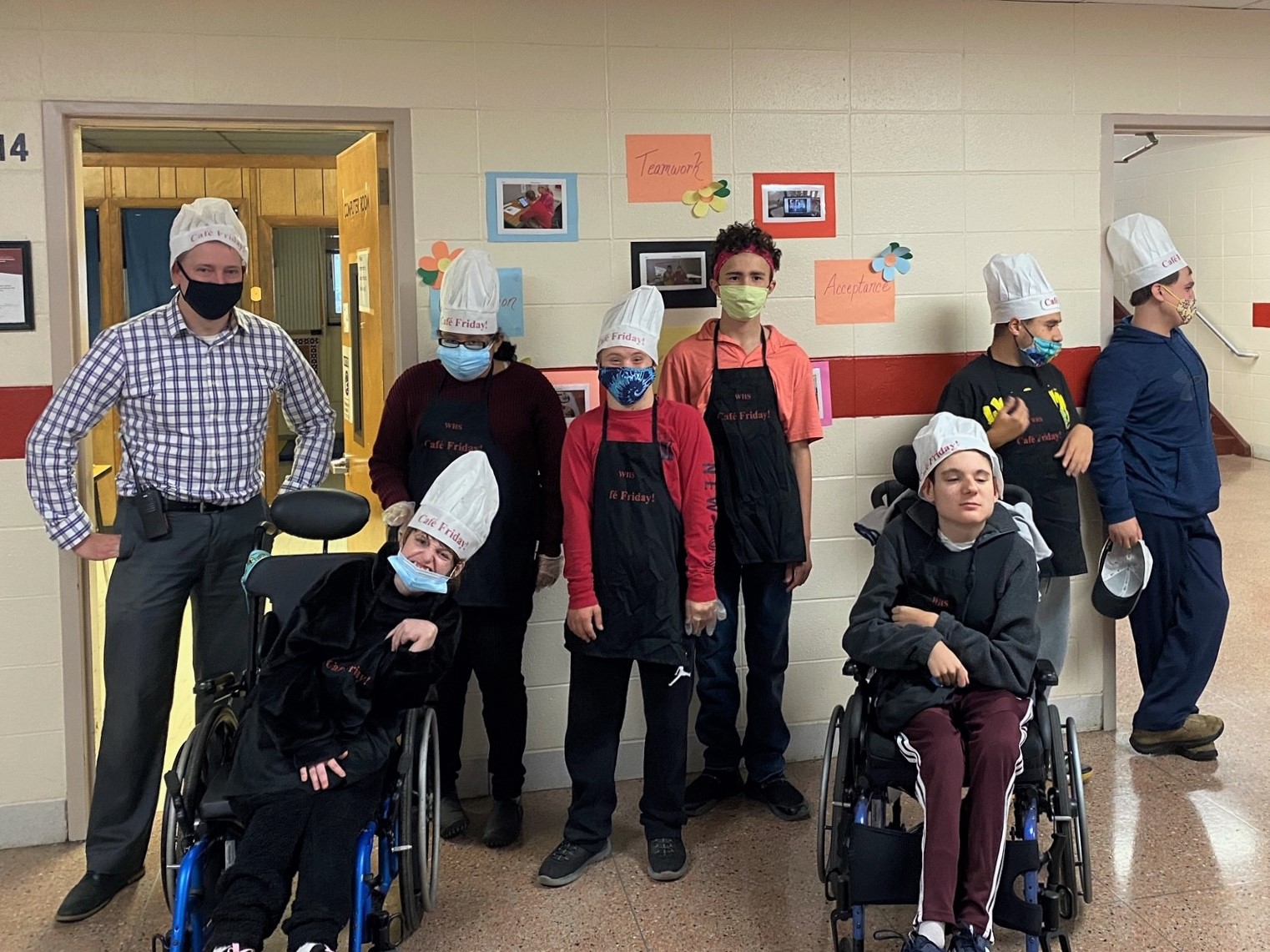 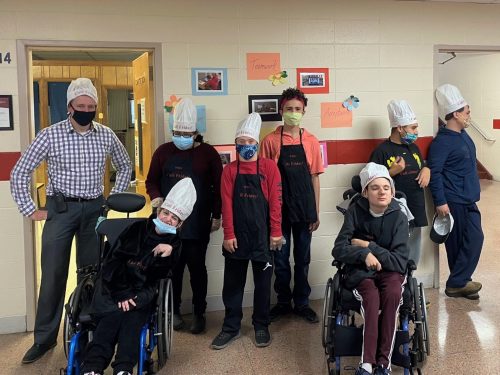 WESTFIELD — Cafe Fridays is back in business at Westfield High School, Principal Charles Jendrysik was happy to report this week.

Jendrysik said students in the developmental learning program and their teachers Carolyn Busiere and Donna Santabarbara make and bake treats and coffee, which they sell on Cafe Fridays to WHS staff and teachers.

“It gives them practice socializing, a chance to interact with the whole school community, giving them skills they can go and build upon,” he said.

Busiere said they started Cafe Fridays five years ago, but had to stop during the COVID-19 shutdown and remote learning.

“Friday, March 13, 2020, was the last day we did it. We had a wonderful morning on that St. Patrick’s Day, then we realized at lunch that maybe we wouldn’t be back,” she said, adding, “It was a great morning — the best morning we’ve had.”

She said remote learning was hard for her students, some of whom are non-verbal.

“It was pretty challenging,” Busiere said, adding that for some, the parents weren’t there during the day. “We were just trying to engage them.”

This past Friday, Oct. 29, was Cafe Fridays’ first day back. Busiere said some of the students are from the previous group, and some are new. At the first one, teachers and other staff came to their classroom to purchase the snacks the students had prepared the day before: yogurt parfaits with berries, and pumpkin bread.

“We had the first one the other day, so teachers would come down during the prep. It wasn’t really the same. We’re trying to figure out how to do the deliveries.”

In past years, the students in the program would deliver the orders to the teachers, but now there are not enough people to help.

“We’re short-staffed. We used to do deliveries to the first, second and third floors. Now, we don’t have enough staff to supervise, and not enough peer mentors,” Busiere said.

The program is looking for more peer mentors, who earn an elective half-credit when they sign up. In the past, Busiere said they had as many as 25 peer mentors, which allowed them to make the deliveries to teachers. Now, they’re down to three, after remote learning took its impact.

“With remote, they took peer mentors off the roster, so we didn’t have any. When the first semester started, we had three. They really helped us out with Cafe Fridays, as we don’t have the staff,” Busiere said. 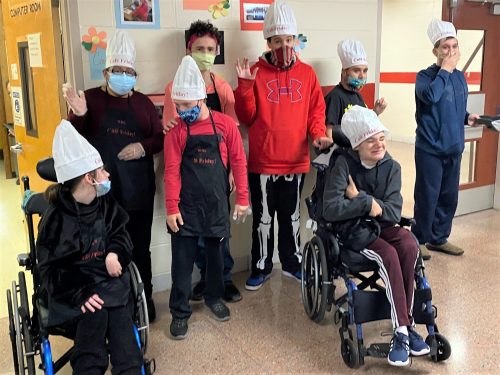 Cafe Fridays, which raises funds for the developmental learning program, just got a boost from Jendrysik, who gave them a $1,000 Big Y card from his budget to get them started. The money will be used for ingredients and supplies.

“I can’t say enough about Chuck,” Busiere said. She said the program gets a lot of support from the school, and in turn helps out in other ways, such as washing the clothes that are donated to the Community Closet, and with office work.

“Chuck, our principal, is awesome. The whole school is good to us,” Busiere said, adding, “It was so great to be back to normalcy.”