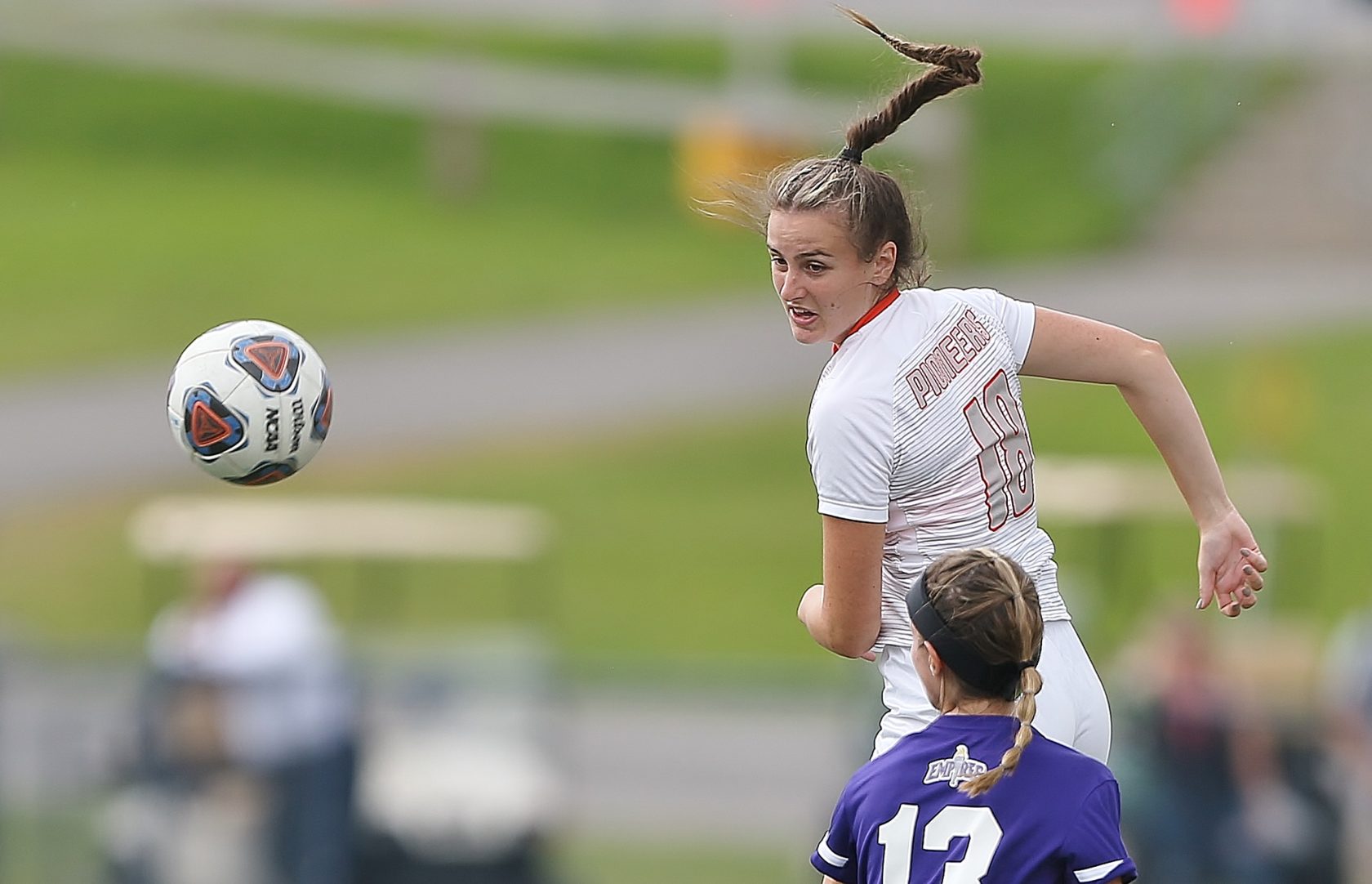 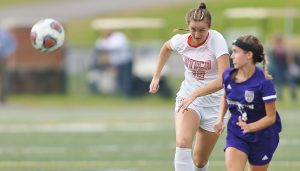 UTICA, N.Y. – Utica College women’s soccer sophomore forward-midfielder Kaela Mochak’s collegiate sporting career has been launched into the stratosphere thanks to one nationally-televised, highlight-reel play.
Mochak, a graduate of Westfield High, tucked a rainbow under the crossbar just over the goalie’s outstretched hands from 35 yards out for her first goal of the 2021 season with 8:06 remaining in regulation to net Utica a thrilling 1-0 victory over Potsdam in a Sept. 14 matchup.
The goal not only drew praise from Mochak’s head coach, Brooke Barbuto, but also netted the 5-foot, nine-inch forward-midfielder the number two spot in the day’s ESPN SportsCenter Top 10.
“A shot from that distance is usually seen more at higher levels,” coach Barbuto said. “She’s an unbelievable player with such a dangerous shot and abilities to make things happen. …The fact that she can do that, being so young with so much to play is a threat for our program.”
The shot helped kickstart the young phenom’s second season. Mochak has been a sparkplug for Utica, coming off the bench to provide a much-needed spark when the team is lacking energy. She has even earned some starts over the last few games. 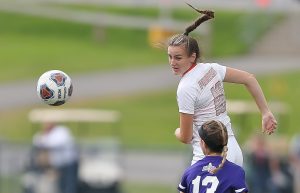 “(Kaela) has all the ability,” coach Barbuto said. “She’s good in the air, reading the field, has strong, physical ability to run past players with our without the ball, and can score balls from all different positions. …She makes other teams worry about something else.”
That should come as no surprise as Mochak helped the Westfield High School girls soccer team capture a Western Massachusetts championship two years ago.
“She works extremely hard, she has the ability to be a leader, lead the team by example,” coach Barbuto said. “We are looking for her to score goals and be a leader for us.”
Utica College played to a 0-0 tie against Keuka College in an Empire 8 Conference game Wednesday to move to 7-5-1 overall and 3-2-1 in conference play. The Pioneers were fourth in the conference standings following Wednesday’s tie with three regular season games remaining.