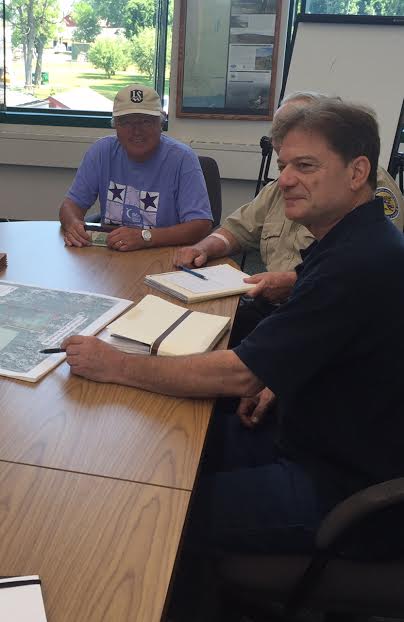 SOUTHWICK — The town’s conservation coordinator is leaving, and Southwick may have to partner with another town to find a replacement.

Conservation Commission Chair David MacWilliams said Monday evening that Southwick may have to regionalize its staff member with the town of Blandford, which is also seeking a new conservation agent, after Dennis Clark leaves the Southwick position. He said that Southwick’s Chief Administrative Officer Karl J. Stinehart is working on the partnership.

MacWilliams said that regionalization of the position may come out of necessity, as there are 38 total communities in Massachusetts that are seeking applicants for new Conservation Coordinators.

“There are a lot of towns looking for the same thing we are looking for,” said MacWilliams.

He said that, before Monday’s Conservation Commission meeting, there had only been one applicant for the position. At the beginning of the meeting, another applicant, Sabrina Pooler, announced her intent to seek the position as well.

MacWilliams said he is pushing for the position to be full-time, though there is a chance that it ends up being part-time. He said that given the volume of work that has come before the Conservation Commission lately, it would make more sense for it to be full-time.

Clark did not say why he will be leaving the position or when his last day will be. He did not return a request for comment by press time.

He did say during the meeting that regionalization for this kind of position could prove difficult, as it is best for the coordinator to know the nuances of his or her own community, something that may be harder if the position covers two towns.

“It is a full-time job, as it is, in Southwick,” said Clark.

He said that the Conservation Commission and the coordinator will be facing a backlog of work soon, with his limited time left in the position.

Clark was recently removed by the Select Board from the Agricultural Commission, along with Maryssa Cook-Obregon, in a move that has stirred backlash from some residents. He speculated at the time that he would be fired from his Town Hall job, as well.