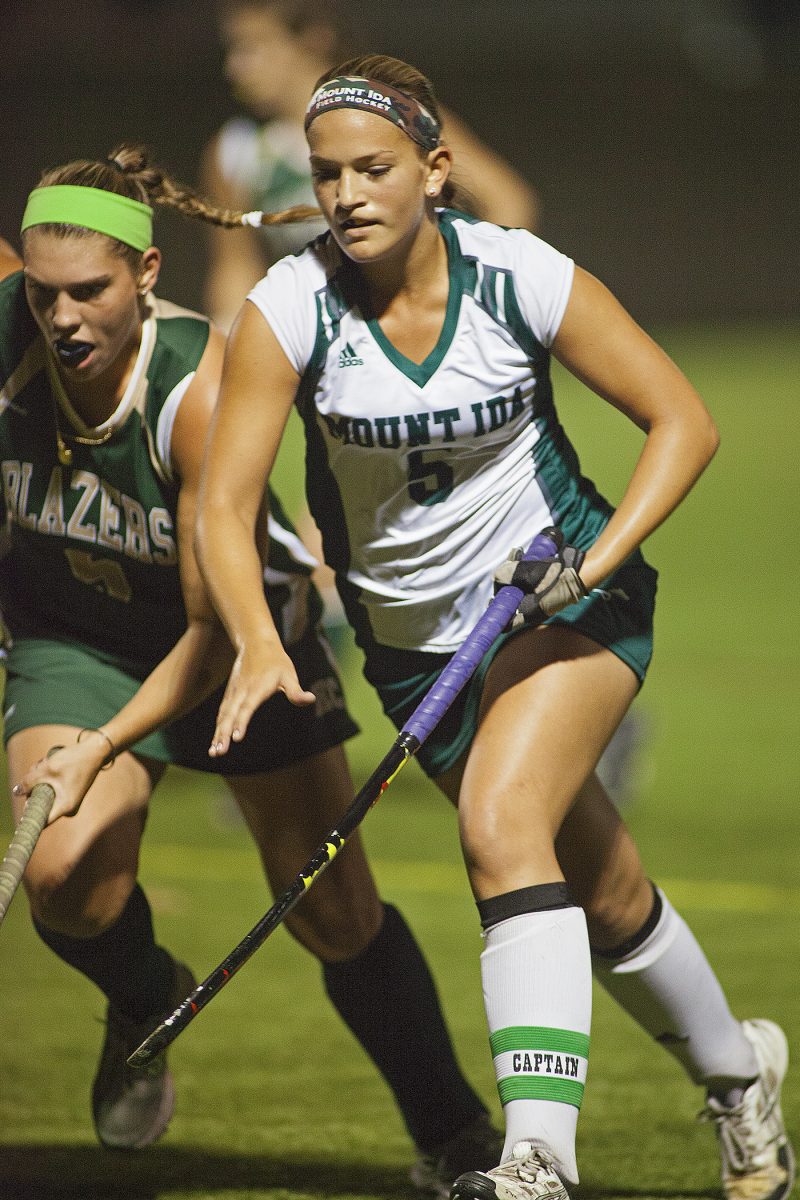 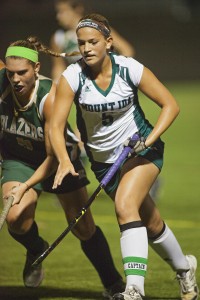 Lexi Minicucci, of Westfield continues to shine for the Mount Ida College Mustangs field hockey team.
Heading into this week, Minicucci was the second-leading points-getter for Mount Ida (26), trailing only teammate Sarah Hemstock by just one point.
Minicucci is currently the team leader in assists (6), and has scored 10 goals, just one off the pace of Hemstock’s 11.
Earlier last season, Minicucci recorded a career-high three goals against Daniel Webster.
This season, Mount Ida stands at 8-5 overall, having won five straight games before a 3-1 loss on the road at Lasell. The Mustangs have four regular season contests remaining. 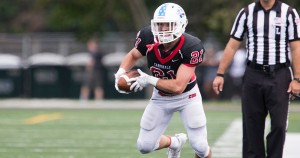 Senior slot receiver Billy Smith (of Westfield) races up the field with the ball for the Catholic University of American football team. Smith scored his first touchdown of the season Sunday against Washington & Lee. (Photo courtesy of CUA Cardinals Sports)

TD IN CARDS FOR SMITH: Another local athlete, Westfield’s Billy Smith is proving to be a force to reckon with on the football field for the Catholic University of America Cardinals (Washington D.C.).
As a senior slot receiver, Smith has amassed 17 receptions for 175 yards, averaging 10.3 yards a catch. He scored his first touchdown of the season Sunday in a narrow 23-22 loss to Washington & Lee.
Smith’s biggest game of the season came at Coast Guard where he made nine receptions for 90 yards. He is easily on pace for his most productive season of his college career.