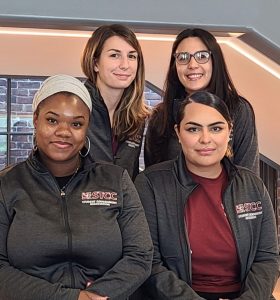 SPRINGFIELD — A Westfield resident is helping to organize a donation drive for citizens of Afghanistan who fled their country as the Taliban retook control and settled in Western Massachusetts.

Aminah Bergeron, a mechanical engineering student at Springfield Technical Community College, is the vice president of the school’s Student Government Association, which has been organizing a donation drive for basic household items and furniture for some of the recently settled Afghan families.

The drive is collecting new winter clothing, gift cards, hygiene products, kitchenware and furniture, basic household items that some of these families now completely lack after fleeing from the rapid advance of the Taliban with only the clothes on their backs.

Bergeron, like many Americans, watched in horror as Afghanistan quickly fell back into the hands of the Taliban after 20 years of U.S. occupation. When she learned that refugees would be coming to the U.S., she and the SGA decided to help as much as they can.

Bergeron said that several families and individuals have been living with close to no basic amenities for about three months, with some having settled in Amherst, Chicopee and Springfield.

“It breaks my heart how that country broke apart,” said Bergeron, “We want to be able to be there for the Afghan refugees and welcome them.”

The deadline for donations is Dec. 16. Bergeron said that if the SGA receives significantly more donations than it needs, it will send the extras to other nonprofits that will help other groups of Afghan refugees.

In addition to donations from individuals, Bergeron said that she will also be trying to get donations from businesses. Bob’s Discount Furniture, for example, is expected to donate $500 gift cards to three of the families that settled in Western Massachusetts. She said other larger furniture stores are in talks to do the same.

Bergeron credited STCC and the SGA with getting the donation drive off the ground.

“Without the support of my school and SGA, we wouldn’t have gotten as far as we did,” said Bergeron. “I really want to help the Afghan kids, my heart breaks for them.”