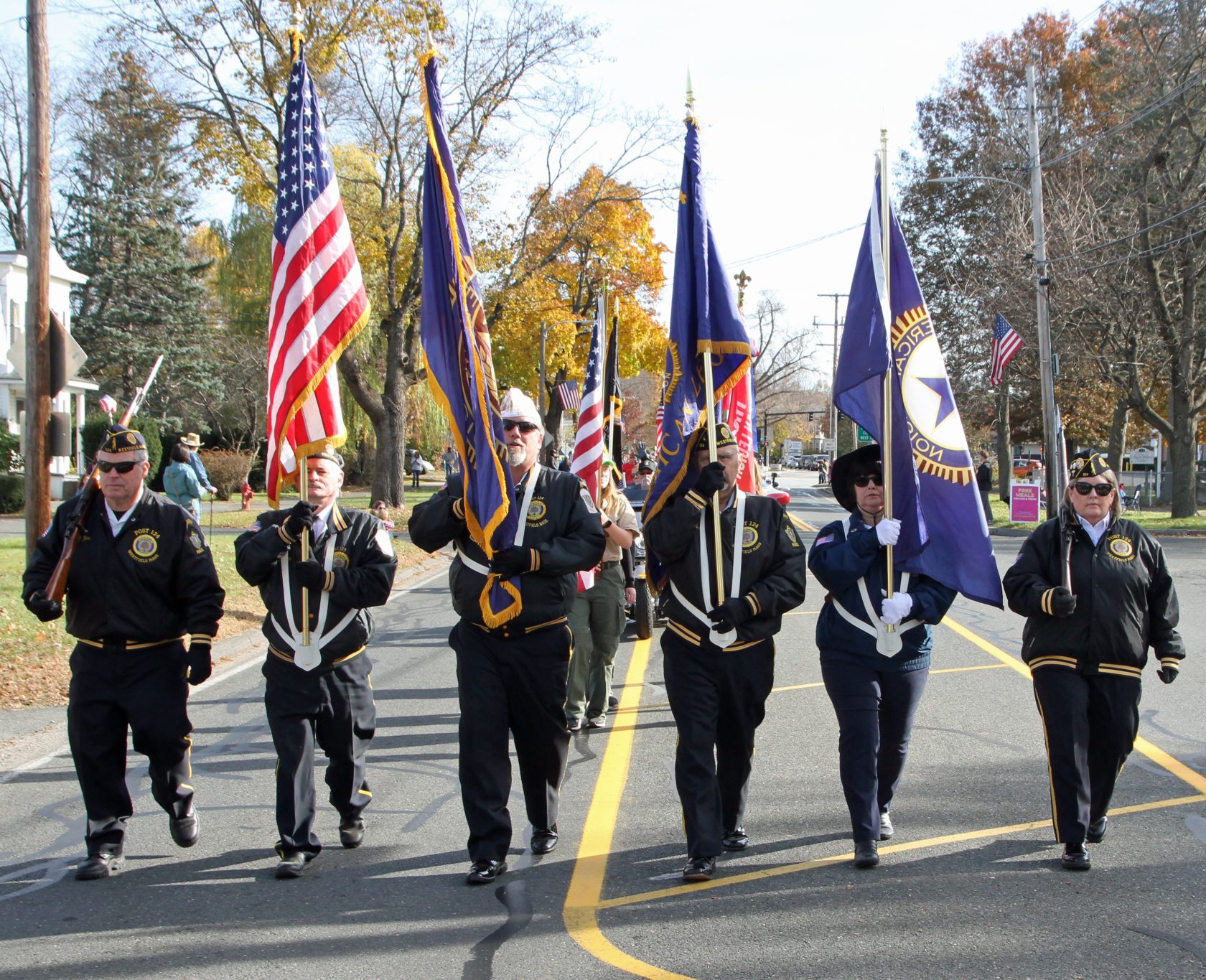 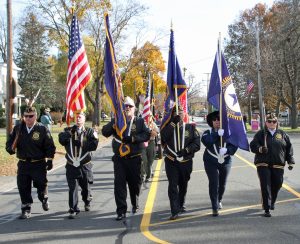 State Sen. John Velis and state Rep. Kelly Pease, both of whom are veterans, were among several speakers who touched on that theme at Westfield’s Veterans Day ceremony at Parker Memorial Park on Nov. 11. They said it is especially important in the wake of the United States’ chaotic withdrawal from its 20-year war in Afghanistan earlier this year.

State Sen. John Velis, a major in the U.S. Army who served in Afghanistan on multiple tours, spoke about how U.S. servicemen and -women are one of the key factors securing the American way of life.

“I think you have to ask yourself the question every now and then: How is our way of life preserved,” said Velis, “and I have an answer to that question without any hesitation or any reservation: Our life is preserved by the men and women who have decided to walk into a recruiting station or were drafted, or however they found themselves in the United States military, to raise their hand.”

Velis said that there have been glaring historic examples of U.S. veterans returning home to be neglected and mistreated by their fellow citizens and the government itself. One group in particular that he said was treated the worst were veterans of the Vietnam War.

“The way that we as a nation treated our returning Vietnam veterans will go down in history as one of the most disgraceful things this nation has ever done,” said Velis, “They were spit at. They were afraid to wear their uniform. They weren’t told ‘welcome home.’ None of the above.”

In spite of the hatred they received, or perhaps because of it, Velis said that Vietnam war veterans have been welcoming U.S. soldiers home with open arms. He told a story about his return to the U.S. from Afghanistan after his most recent tour in 2018. He landed in Bangor, Maine, and walked off the plane to find dozens of Vietnam veterans welcoming him and his fellow soldiers home.

He also disputed the notion that military service is solely about “fighting for their nation.” He pointed to the recent withdrawal from Afghanistan by the military, with young U.S. soldiers, some of whom were either very young or not yet born when the Sept. 11 attacks took place, playing an unconventional role in Afghanistan as the government there collapsed before their eyes.

Rather than fighting on a front line facing a clear enemy, the soldiers guarding the airport in Kabul found themselves cast in the role of peacekeepers, and found themselves deciding who in the crowd of Afghan citizens would get a spot on an evacuation flight.

“I don’t know why those Marines, soldiers, airmen, and sailors signed up, but I can guarantee you that probably wasn’t on their mind, that they would be in that position at that point in time,” said Velis, “And [yet] they did that, and they did it without reservation, and 13 of them got killed doing just that.”

Pease, who said he served practically all over the globe when he was in the Army for 20 years, said that Veterans Day means a lot to him, especially now that he has experienced it as an elected representative of the people he once fought for.

“I know as a veteran, and I speak for most veterans, when I say I appreciate the city of Westfield,” said Pease.

In his remarks, Velis also gently poked fun at the U.S. Marine Corps as he wished the corps a happy belated birthday.

The annual Veterans Day ceremony at Parker Memorial Park was a return to normalcy after social distancing restrictions saw the 2020 ceremony scaled down. This year saw the return of the city Veterans Day parade, which drew crowds of people lining the sidewalks along the parade route, a sight that has been uncommon in the age of COVID-19.