WESTFIELD—Some city residents have come together and formed a group to help inform others and speak out against what they perceive as risks to health and the Barnes aquifer.

The group, called Westfield Residents Advising for Themselves (WRAFT), first formed in February of this year, and is now making their existence as a group publicly known. Currently, the approximately 10 member group is made up of residents in the city, including Ward 1 City Councilor Mary Ann Babinski and Kristen Mello, who has been vocal about the city’s water contamination issues. 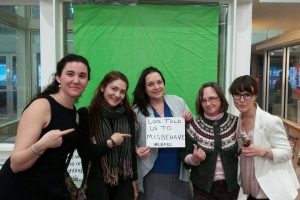 According to Mello and others in the group, the aim of the cadre currently is to protect the Barnes aquifer, as well as provide a group of voices that Mello said sound stronger together.

“Sometimes people are afraid to open their mouths, to have their voices heard,” Babinski said. “The point is to not be afraid to say something.”

Additionally, according to WRAFT member Gail Bean, the members aim to bring education to others, including assisting the city in their efforts to protect the aquifer.

“Our other thing also is to educate the community as best we can. The city has a lot on its plate,” Bean said. “We can get the information people need to make informed decisions.”

And for Babinski, her efforts in the group are also meant as a service to the residents that are concerned, some of which are her constituents and others not.

“These people have had similar concerns and I’m cheering them on to continue,” she said. “If this group gets residents heard then it’s done its job.”

The group first formed in February, after members of the Toxic Action Center, a New England-based nonprofit organization that focuses on environmental issues and community organization, reached out to Mello following up on communication made with Babinski and the group. Mello had been previously voicing her concerns to Babinski and others about the contamination issue with Barnes aquifer and the Westfield water, as well as delving into research and documents related to the Barnes aquifer and other contamination issues.

According to Mello, a member of the organization asked if there were others that felt like her. She said yes.

And so from there, it was suggested that a meeting be scheduled and a group be organized around the ideas.

According to Mello, there have been three meetings thus far but it has been a somewhat clandestine effort to this point. However, she said that now they are opening the idea to the public, which includes taking in new members, creating a website and applying for grants to help fund the efforts.

Due to the group’s lack of publicity until now, there is not much known about it by city officials. One official, Westfield Mayor Brian Sullivan, said that he will listen to the group and is meeting with them later in the month, which is when he will learn more about their interests.

“I’m interested to hear what they have to say. I’ll keep an open mind at this point,” Sullivan said. He added that the interests of the group that he knows of thus far are interests already being addressed by groups like the Barnes Aquifer Protective Advisory Committee, Massachusetts Department of Environmental Protection and the city’s water department.