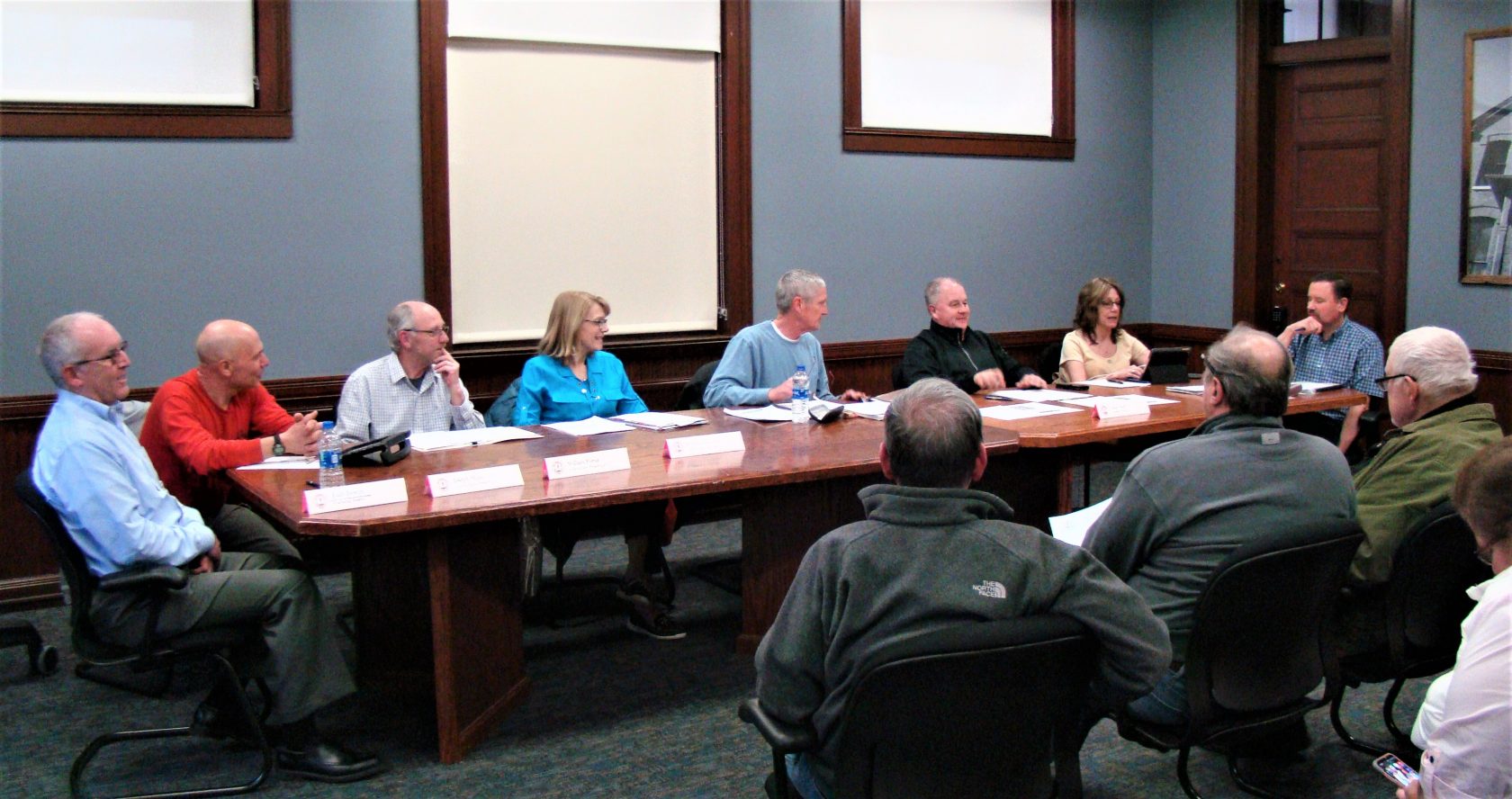 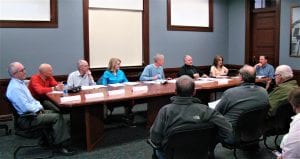 WESTFIELD – Following a brief public informational session, the Community Preservation Committee held its quarterly business meeting on Thursday, voting to approve a new grant for the Columbia Greenway Rail Trail.
CPC Chairman Thomas Sharp introduced the committee at the start of the informational session, and opened the meeting to questions from the public. Resident John Keilch asked about the category of Open Space, and what percentage of open space existed in the city. Open Space, Historic Resources, Community Housing and Recreational Land are the four categories funded by Community Preservation Act grants.
City Planner Jay Vinskey referred Keilch to the city’s newly completed Open Space Plan, listed on the city website, which he said contains maps.
“I always felt open space was a big driver – that’s where it started,” said CPC At-large member Joseph Muto, adding that the committee usually reacts to requests, rather than proactively seeking them. 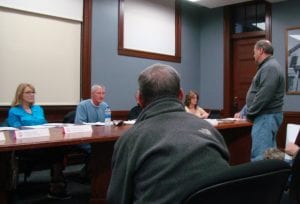 City Engineer Mark Cressotti spoke on behalf of the Rail Trail request for a third grant of $90,000 for the Central Downtown section of the trail. Cressotti said about two years ago, the city came before the CPC to request $250,000 for the first two years, and an anticipated $350,000 this year for the city’s share of the $7.5 million project.
Cressotti said at the last meeting, he informed the committee that he believed the city would receive a state grant for the $350,000 request, and needs instead $85,000 for easements to cover real estate acquisitions. He said the $90,000 request before the committee would allow him to move the project through the City Council.
CGRT board member Dan Call said it’s been a long road to get to this point. “Now we’re at the end of the road, and there are a few things in the process that need to be done,” he said, adding that the city needs to comply and complete the right of way process before the MassDOT can advertise the project. “I want to start sleeping at night,” he said.
Cressotti said although the money will cover the easements, he would apply the forthcoming grant from the state to pay for them, and the $90,000 CPC grant would be used for non-participating costs, such as lighting and other amenities not covered by grants.
“So you’re asking us to backfill a grant of $350,000 coming from the state,” asked CPC At-large member William Porter.
Vinskey said when CPA money is used to buy real estate, it requires restrictions. He said CPA may be used for creation of a park and/or acquisition. Cressotti said the CPA conservation restriction is for the owner, and since the city is taking the land by eminent domain, why would they sign a conservation agreement.
Muto asked whether moving around the funding in that way was allowable. Vinskey said both activities are CPA-eligible.
Cressotti also said once this grant is in place, he will press the state for the promised $350,000 grant. A motion to approve the grant of $90,000 passed unanimously.