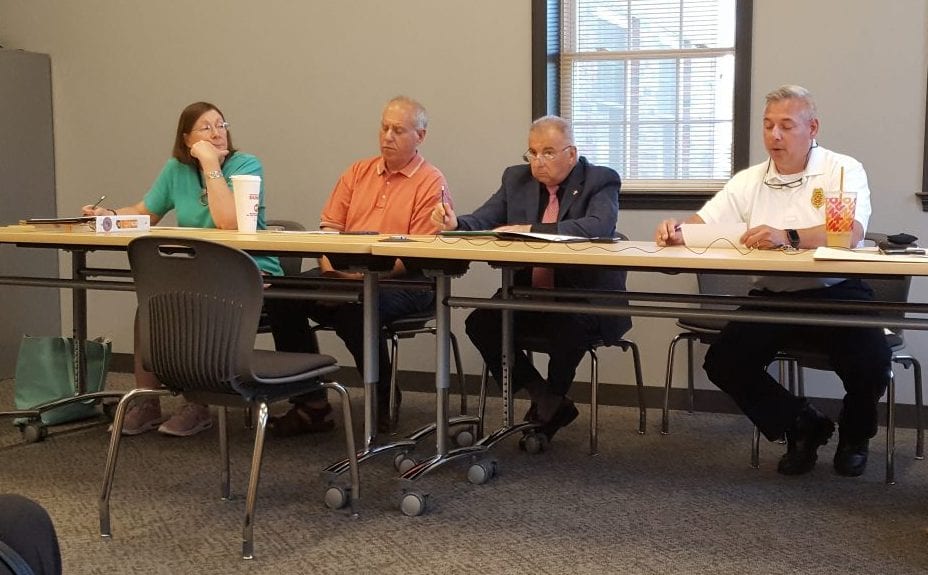 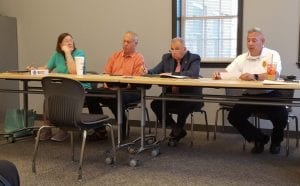 Gina Favata, Timothy Rowan, and Bethany Thomas all interviewed for the three vacant firefighter positions in the Westfield Fire Department, each answering questions from the three members of the Fire Commission.

Favata grew up in Westfield. She first entered the medical field at the age of 18 when she was working with the mentally disabled. She then started working in hospice care, following the footsteps of her mother. It was there that she decided to go to EMT school at Westfield State University, she said. Favata is currently a paramedic, which is now a requirement of new hires in the Westfield Fire Department.

“I’m looking forward to being able to work for my hometown,” said Favata.

Rowan is also a paramedic and has been working for the Southampton Fire Department for the last three years. He said he grew up thinking he wanted to be a lawyer, but decided he didn’t like the idea of being inside all the time. Rowan was sold on entering the fire and medical service by a friend of his who is a firefighter.

“From then on I made a decision to make a career change and I never looked back,” said Rowan.

Rowan described himself as thorough and detail oriented as a paramedic, while also being good at improvising when the situation requires.

Thomas has been in EMS for eight years and a paramedic for four years. She has been a member of Huntington’s Volunteer Fire Department for the last year-and-a-half. Thomas said she wants to make sure that everyone she is dispatched to is comfortable, despite the circumstances they may be under. She added that she has enjoyed her time as part of a fire department and appreciates how much it has allowed her to learn.

The commission voted to extend the conditional employment offers to all three of the candidates. Before they may be officially confirmed, they must all complete a medical exam and a physical abilities test. After that, if they pass, a special meeting will be called by the Fire Commission to officially appoint them all as firefighters.

Chief Patrick Egloff said that there are still some questions about the budget and the fire department’s ability to hire new people after their budget got cut for FY20. He was confident that it would not be a problem for the three candidates, but he asked that everyone hold off on planning for their hire until he is able to work it out in the budget.