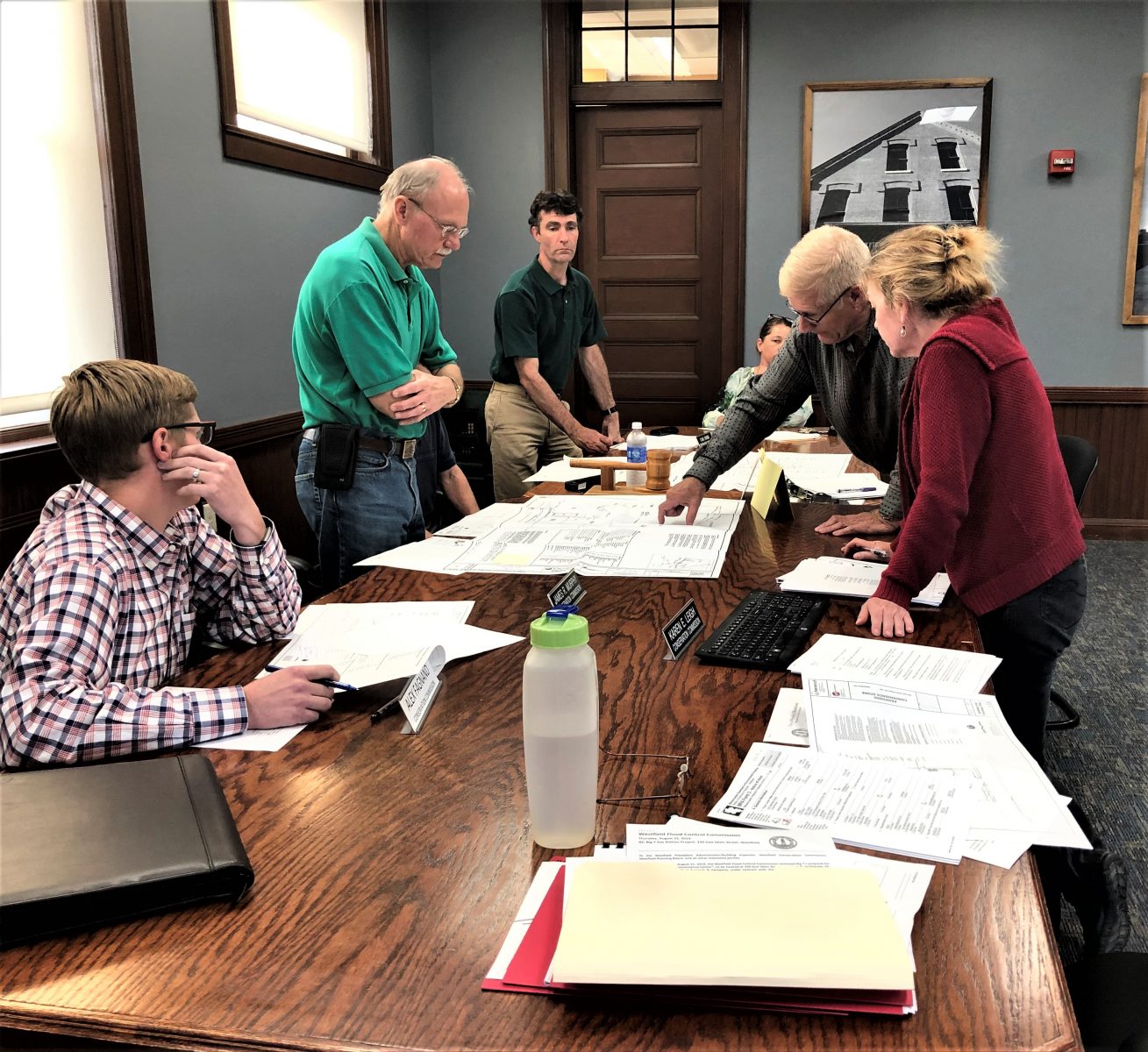 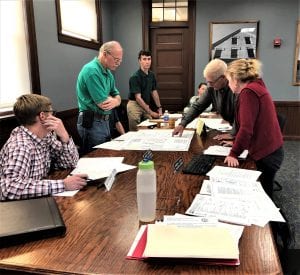 WESTFIELD – Big Y Foods took another step toward building a gas station and convenience store on East Main Street with a public hearing before the Conservation Commission on Tuesday.
Larry Webster of Alfred Benesch & Company presented the plans for the new construction at 330 East Main St. Webster said the property, most recently Aaron’s furniture store, is directly across from the Big Y World Class Market and would tie in with the store through cross promotion.
He said the lot is “huge,” with seven acres down to the Westfield River, but they will only develop one acre. He said there will be some increase in impervious surface, with an extension of the lot by 15 to 20 feet. The plan is to strip down the existing structures, take out the septic system, and tie into the sanitary lines. The new building will be 2,218 square-feet, considerably smaller than the old store at 5,200 square-feet.
Webster went into detail about the stormwater system, which drains back to the river. He said treatment units with oil-water separators will trap the release of gas, and won’t drain into the soil below ground.
Fuel tanks will be below ground, double-walled fiber glass tanks, filled in between with salt water. If the levels in the either tanks go up or down, an alarm goes off.
“The chance of a gas leak is very small, and would require a catastrophic failure of both tanks. I can’t think of one case where it failed,” Webster said, adding that he has been working in the field since 1968.
He said the pipes between the tanks are also double-walled, and capable of setting off alarms, and also shutting off the pumps in the tanks. All the fittings between tanks and dispensers are accessible for service. The plan calls for 12 fueling positions.
“If there is any leak, it would be in a contained space,” he said.
Commission member James Murphy asked about stormwater runoff from the roof of the store.
Webster said there will be catch basins in the corners of the lot which lead to treatment tanks for sediment removal and cleaning. He said stormwater will be contained. He added that he doesn’t have the results yet, but expects the lot to perc well.
“What you’re presenting, with the increase in storage, looks like we’re gaining on this project compared to the original lot,” Murphy said.
Plans also include planting both borders with low shrubbery and shade trees in the corners, which Webster said are required by code. He said a rain garden in the back planted with appropriate species is also part of stormwater regulations in Massachusetts.
He also said aerial photos show some clearing and structure in acreage to the rear. He said they are not sure what it is, but he plans to investigate. He said he met with the Flood Control Commission and had their approval with one suggestion; to contain the dumpster to keep it from becoming a floating hazard.
“We’re back to the Planning Board in three weeks, and don’t expect to start until spring,” Webster said. The Planning Board hearing was continued to Sept. 17.
Commission member Alex Fagnand said there is a net increase in flood storage because a building is coming down, and the new building is smaller.
“I believe this is a huge improvement on the site,” Fagnand said, calling the stormwater plan “outstanding,” and “a great start.”
Thomas Sharp, who chaired Tuesday’s meeting due to the absence of Chairman David A. Doe, continued the hearing until Sept. 10. A site visit with commission members will be scheduled prior to the next meeting.