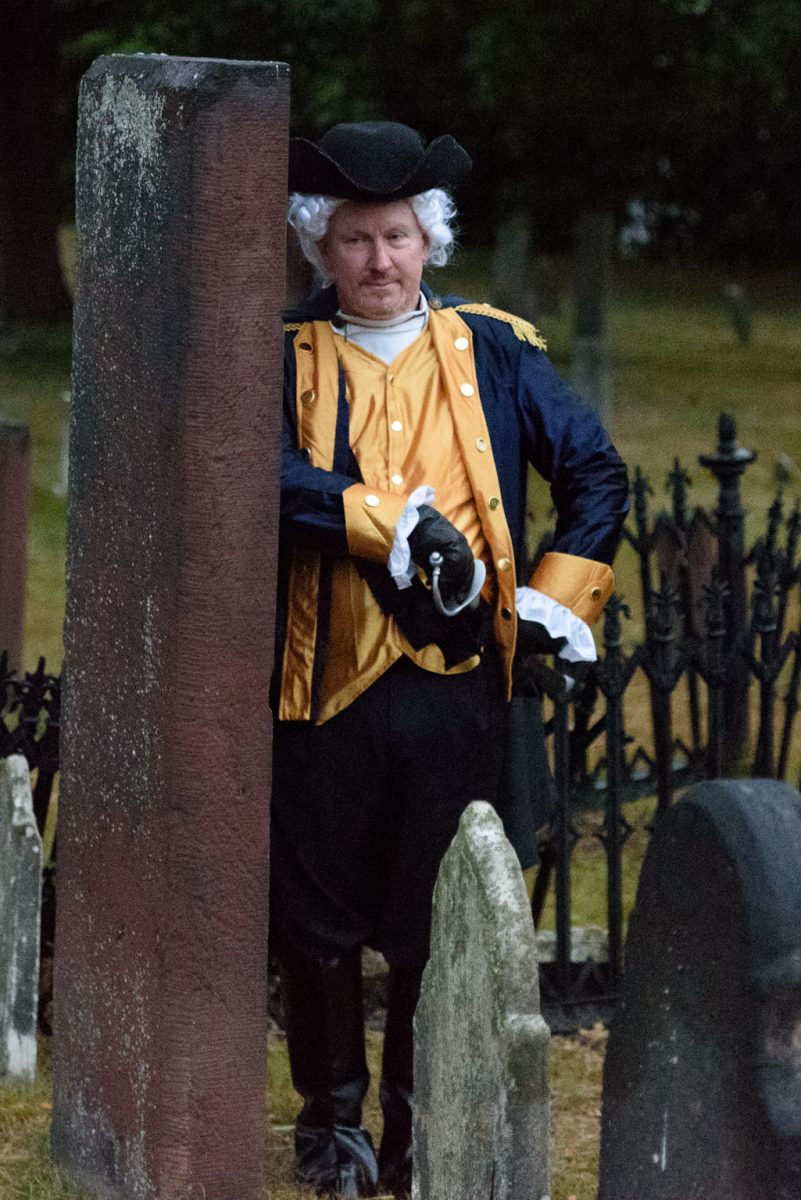 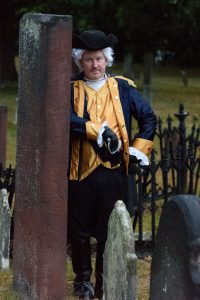 Mike Knapik readies himself to make his presentation to the visitors of the annual Ghost Tours. (WNG file photo)

WESTFIELD- The Historical Commission is once again preparing for the annual Old Burying Ground Ghost Tours on Sept. 27 and 28 at 6 p.m. to lead into the fall season.

The eighth annual ghost tour will begin at 6 p.m. this year as opposed to 5:30 p.m. as in the past because members of the Historical Commission considered it too light out for the tour at that time. The tours will go out every half hour until 8:30 p.m. This year’s tour will feature historical figures from Westfield’s past as it did last year for a continued celebration of the city’s 350th birthday.

Tickets for the tours go on sale on Tuesday, Sept. 3 at the Westfield Athenaeum for $10.

Historical Commission Chair Cindy Gaylord said that the tours are not necessarily meant for kids under the age of 10. Despite the name of the tours, they are not scary, but they are 90 minutes long.

“We will be reprising the 350th, so the founding families of Westfield will tell their stories and how they came to be in Westfield,” said Gaylord. 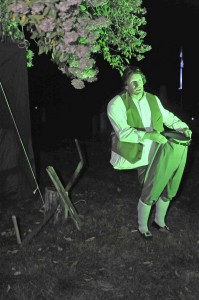 Rick Gaylord portrayed a sawmill worker who died in an accident, during a previous Ghost Tour. The tours raise funds to preserve the historic memorial stones. (Photo by Frederick Gore)

“This is such a great event,” said Plasse. “The best part about this for me is that it is an a-typical ghost tour in a way, as the people on the tour get to interact with the guide, going from stone to stone and meeting the ghosts along the way.”

This year, Plasse will be playing the role of Jeremiah Fowler as well as an “undertaker” on the tour. He noted that he will be dressing in 18th century attire.

Plasse said that he finds Westfield’s history to be exciting because it was essentially the “wild-wild west” of the time. When settlers were first arriving in what is now Westfield, it was the furthest settlement to the west in Massachusetts at the time. He noted that people who go on the tour will be able to speak to figures with familiar names like Noble, Root, Fowler, and Taylor.

“It’s a wonderful way to learn history and to appreciate a really surprising place,” said Plasse.

Plasse added that he considers the ghost tours to be the “harbinger of Autumn.”