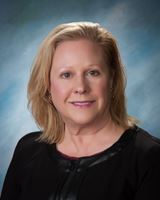 WESTFIELD — On Sept. 2, Personnel Action Committee Chair Cindy C. Harris endorsed Mayor Donald Humason’s appointments and reappointments of key volunteers for several commissions, all of whom were confirmed unanimously by the City Council.

Mary Ann Scognamiglio of Union Street was appointed as a member of the Westfield Cultural Council until 2024.

Harris said Sconamiglio has more than 30 years of involvement in the arts and in the finance industry, and has experience with all components of volunteer organizations, including seeking people to help build theatre sets, publicity, musicians, funding, producing shows, and running craft programs. She has served on the board and as chair of the Westfield Theatre Group and on the board of the Straw Dogs Writers Guild, and understands the challenges many arts organizations face.

“She’ll be a definite asset to our Cultural Council’s mission of discerning appropriate projects qualified for grant funding,” Harris said.

“She is a neighbor of mine. She is very involved with this community, constantly volunteering her time — extremely generous with a lot of things that happen in the community, and will be a great addition to this cultural council,” he said.

Also appointed to the Westfield Cultural Council until 2024 was Jason Polan of Janelle Drive. Harris said Polan has 15 years in event operations and stage production, including as a senior account director with the company CSM, where he was responsible for pre-event and onsite operations with accounts such as WWE, pre-event NASCAR, Stamford Hospital, Major League Baseball, Microsoft, Coca-Cola, and Stonyfield Yogurt. He is on the board and marketing chair for Westfield on Weekends, and is co-chair of PumpkinFest. Harris said with his background, he is an asset to the Cultural Council mission to help all forms of the arts with grant funding.

Reappointments included Michael Ingraham and Crystal Hollander as members of the Historical Commission under 2024.

At-large Councilor Kristen Mello urged other councilors to support both appointments, who she said are doing great work with the Historical Commission.

“There is a lot of great stuff coming up this fall. We need them with us,” Mello said.

Harris said Ingraham has a historical connection to Westfield, as his family was among the first settlers in 1636. He has served the commission since 2019, portraying his great-grandfather Isaac Phelps in the Ghost Tour at the Old Burying Ground, and also developed a virtual tour of City Hall.

“He has a deep interest for local history, and is looking forward to continue serving on this commission,” she said.

Also a teacher for 16 years and recipient in 2019 of the Pioneer Valley Excellence in Teaching award, Crystal Hollister of Holyoke Road was first appointed to the Historical Commission in 2020 to replace Amanda Goodheart, and is now being appointed for a full term. Harris said Hollister was deeply involved in the Ghost Tours, Holiday Home tour, and in the 350th anniversary lectures even before being appointed to the commission.

“She has a deep passion for teaching and historical preservation,” Harris said.

Joanne Tirrell of Southwick Road was reappointed to the Commission for Citizens with Disabilities, which she has served since 2014, for a term to expire in 2023.

Harris said Tirrell worked in the city’s Purchasing Department, then in the airport manager’s office, retiring after 20 years in 2014. She is a lifetime member of the Marine Corps League Auxiliary, serving as president and secretary, is involved with Western Hampden Historical Society, including assisting with recording names on the graves in the Mechanic Street Cemetery, and is very involved in all the projects discussed in this commission, Harris said.

Also reappointed was William Gonet of Cardinal Lane, as a member of the Airport Commission until 2024.

“William Gonet is the epitome of a commissioner who not only has extensive knowledge and passion for the aerospace industry, but truly believes the sky’s the limit for Barnes Airport and its success,” she said.

Gonet stated that in the past few years, the airport has gotten new additions, such as adding Air Methods Air Service, which provides air ambulance services to Western Massachusetts, has received record grant money to improve the airport, made many capital improvements including runways, and provides great paying positions, has a great management team under Manager Chris Willenborg, and provides revenue.

Gonet himself has 30 years in the aircraft industry, from providing technical support to negotiating major agreements with companies such as General Electric, Rolls Royce, and international airlines, and is on the board of directors of the New England Air Museum.

“Bill Gonet is a driving force of the Airport Commission. He has got a lot of vision, which shows by the way the airport is going now,” said Ward 6 Councilor William Onyski, who serves as the council’s liaison to the airport.

Correction (Sept. 7): A previous version of this article did not mention that the mayor makes the appointments, while the council votes to confirm them.