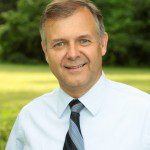 WESTFIELD – On Thursday, June 20, the City Council voted 7-5 to pass an amended stormwater fee increase after a year of debate. The new fees as amended by At-large Councilor Daniel Allie on the floor at the meeting, will raise residential rates from $20 to $30 beginning on July 1 for fiscal year 2020, to remain at $30 for fiscal years 2021 and 2022.

Allie said they negotiated the rates, which are set by the City Council, with Department of Public Works Director David Billips, who he commended for working with them. “These projects need to be done. We needed to get this revenue going,” Allie said, adding that as part of the plan they had worked out a way to try to save small businesses some income.

Currently, there is $725,010 in the Stormwater Undesignated Account, which receives $558,342 in revenues each year. The rate hasn’t changed in ten years. 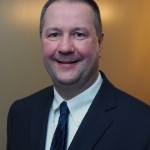 Before it was amended on the floor at the City Council meeting, the ordinance as approved by the Legislative & Ordinance sub-committee was for residential rates to increase by $10 per year for the next three years; from the current $20 annually to $30 in 2020, $40 in 2021 and $50 in 2022.

The commercial cap for businesses with impervious surfaces over 150,000 sq. ft. was also recommended by L&O to increase to $5,000.

“There are some huge companies in the greater than 150 square-foot range. Our thinking in L&O was they could afford $5,000,” Ward 6 Councilor William Onyski said in presenting the proposal.

Onyski went on to say that with the increase proposed by L&O, the current annual stormwater revenue of $550,000 would double to $1 million in three years, which matched the revenue needed for the capital improvement plan.

“Personally, I think as a ward council this would help get a lot of the roads fixed,” Onyski said.

The City is also responsible for the Arm Brook and Powdermill Levees. These structures are 50 years old and currently being evaluated by the Federal government, and are eligible for federal funds, if the city has a funding plan in place. Otherwise, the City could be responsible for millions of dollars in repairs and maintenance. Failure at either levee would pose a risk to the downtown area for flood control protection in the case of a major event, and the ability of homeowners’ eligibility to buy flood control insurance, according to an email Allie provided after the meeting. 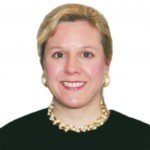 During the discussion of the fee increase at the Council meeting, At-large Councilor Cindy C.  Harris said the Water Commission had approved a second plan, the one which Allie eventually proposed for a vote, which increased the residential rates by $10 for the next three years, to $30 for 2020, 2021, and 2022. She said she would vote against any plan that increased residential rates to $50.

“People are outraged. I support everything that’s being done. I have to vote no, as I have said many times,” Harris said about the proposed residential increase to $50 over three years.

Ward 3 Councilor Andrew K. Surprise also said he didn’t agree with raising residential rates to $50. “I’d be comfortable with $30. I can’t support it the way it is,” he said.

At-large Councilor Matthew Emmershy agreed, pointed to the undesignated account having $750,000, and suggested spending some of those funds. He said the Council could come back and revisit the fees in a year or two.

At-large Councilor Nicholas J. Morganelli, Jr. also stood at the meeting to make his statement. He said the solution is not to increase the fees, which he called a tax, but to get spending under control. “I’m voting no on this for residents,” he said.

Ward 1 Councilor Mary Ann Babinski pointed to the positives in the plan, such as the fact that increasing the cap but decreasing the rate would provide a benefit to small business. “They might pay less than before from the stormwater fee,” she said.

Babinski said on the north side, stormwater contributes to the pot holes, giving the example of water running down Campinelli Drive to Servistar, creating “canyons” every year. “We’ve already said we could amend this as we go along. That’s up to us,” she said.

At-large Councilor John J. Beltrandi III said he has had issues with increasing the stormwater rates all along, and agreed with Councilor Harris regarding the impact on residents.

At that point, Allie brought forward the second proposal that had been approved by the Water Commission, which increased the residential by $10 to remain at $30 for fiscal years 2020, 2021 and 2022, and lifted the cap to $1,200 for businesses with 800 to 1,500 sq. ft. of impervious surfaces, and $2,100 for businesses with greater than 1,500 sq. ft. Allie said the second proposal had also been approved by the Finance sub-committee.

Allie made the motion to amend, and the amended stormwater fee increase passed 7 to 5, with Councilors Allie, Beltrandi, Emmershy, Figy, Harris, LeFebvre, and Surprise voting to approve, and Councilors Babinski, Bean, Burns, Morganelli and Onyski voting no. Councilor David Flaherty was absent from the vote.