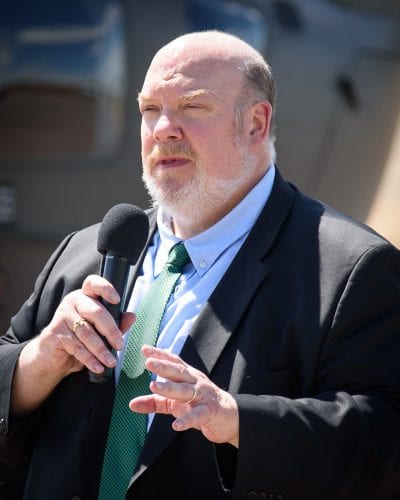 WESTFIELD – After a request from the mayor for immediate consideration to transfer $125,000 from Free Cash for a Master Plan study for the City of Westfield failed on a vote of 10-2, it was added to the June 21 Finance Committee agenda for another vote.

Mayor Donald F. Humason Jr. said he thought it may not have passed the council due to a misunderstanding.  “The master plan is something I’ve talked about and the Council has talked about for quite some time,” the mayor said, adding that after it was voted down, the chairman of finance had recommended refiling it for the finance meeting.

Humason said the master plan process brings together policy makers, citizens and business owners to discuss what the future will be for the city. “I’m really hopeful that the city will approve it and start the process, so we don’t have to wait until late fall to do it. It’s not something that is done quickly, it’s meant to have time for a lot of public input from everybody.”

Humason said they will be seeking a consultant for the process, but nobody’s been hired yet, as it will have to follow the purchasing process when the money is voted in.

At the June 17 City Council meeting, Finance chair and Ward 2 Councilor Ralph J. Figy said the funding for the master plan was in the original budget and cut to balance the budget. He said if passed, a purchase order would be issued by the end of the fiscal year for the money to be utilized. Community Development Director Peter J. Miller and City Planner Jay Vinskey would take the lead on the plan.

At-large Councilor Dave Flaherty called the item an example of “some of the things we can do if we negotiate during budget time,” and added, “I’m glad to see action by the end of the year.”

Ward 6 Councilor William J. Onyski asked if $125,000 was the final cost, and Figy responded that it was an estimate based on costs in other cities.

“My only issue right now is I’m not convinced that we’ll be able to get a contract out the door by July 1,” said Council President Brent B. Bean II. “There’s been very little conversation on the council side.”

Bean said a rack of master plans sit on shelves throughout the city, and he isn’t sure that the city takes advantage of them. “Not having someone in place, and not knowing what it will include, I’m just concerned that we’re rushing this,” he said.

Flaherty said the city has been thinking about it for a while, and it was “yanked” out of last year’s budget. He said the Pioneer Valley Planning Commission (PVPC) has been slated to be in charge, led by a former City of Westfield employee, and the budget is derived from a neighboring city. “It’s something the commission does on a regular basis for towns and cities around the area.”

At-large Councilor Richard K. Sullivan Jr. said he was interested to know they’ve hired PVPC to do it, which he called putting “the cart before the horse” and precluded other options.

At-large Councilor Kristen Mello asked if it didn’t get spent, wouldn’t the money go back into free cash. Earlier she had said in a conversation with Vinskey, she learned the last master plan had been done before she was born.

“I’m going to agree with Councilor Bean,” said At-large Councilor Dan Allie. He said the last Master Plan included projects that couldn’t be built, referring to the Elm Street Redevelopment plan “We need to get behind projects that can work, that the city can get behind and get done. We need to focus and help this downtown. Our small businesses have been through a lot and many of them aren’t coming back. Our economic development needs to work – we spend big money and get almost nothing out of it,” he said, calling some of the plans contrived and “pre-printed.” He said the community should be behind it, and there should be consensus of the city.

Flaherty said the Planning Board is supposed to do this on a regular basis. “Originally my ask was to increase the proposed $2 million from free cash and add this to the expense side of next year’s budget. If this doesn’t pass tonight, I’m going back to ask [the mayor] to make sure it gets in next year’s budget. I’m going to come back with a whole bunch of things we should talk about before the budget closes out,” he said.

Bean said he was not questioning the need, but that once they approve it, the council loses control. “I’d rather know who’s doing it, the scope of the work. That’s my only concern. I won’t be the one sole (no) on this, but I really have some issues with this,” he said, adding, “The communication piece is lacking, and I really think if we had that, I wouldn’t be questioning this issue,” he said.

During the vote, At-large Councilor Cindy C. Harris said “with all due respect to Councilor Figy” she was voting no, as did Allie.