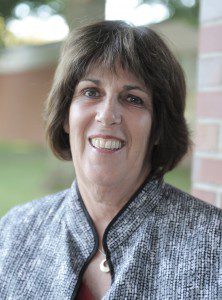 I have had the pleasure during the last few months of reviewing the paperwork and files of former City Councilor Barbara Swords. The value of these records is incredible and provides an insight into Barbara’s commitments to the environment, our city’s history, and to the constituent services she provided. Among her files is detail of the origins of the city’s bike trail. Barbara worked with a great team including municipal departments, local, regional and federal agencies, private businesses and individuals to help with this undertaking. It is so enlightening to see the early planning of these folks as they laid the groundwork for the current infrastructure, and the objectives of the Westfield Open Space Subcommittee as they developed the pedestrian/bicycle trail plan included aquifer protection, riverfront access, preservation and protection of natural resources, land banking, and the creation of open passive recreation land, among other concerns. The current participants in the Columbia Greenway Trail have successfully built upon this early foundation and I know that Barbara would be very proud.
Barbara is no longer with us but from the items and records she saved we gain insight into how she would have felt about some current projects. One objective she supported was farmland preservation. That is why I would draw a conclusion that she would be unhappy with the possibility of the dissolution of the Wielgus farm (on Main Street) as a substitution for the playing fields destroyed on Cross Street.
To paraphrase Mark Twain, the news of the approval of the Ashley Street School’s construction go ahead approval by the federal government has been greatly exaggerated. (Westfield News 12/5/13). In order for this project to go forth, alternate land must be acquired (and Mrs. Wielgus is certainly not in a negotiating mood at the moment), the City must take the replacement land by eminent domain by a 2/3 majority vote, the State Legislature must approve the replacement, the injunction by the Honorable Tina Page must be lifted, the contractor has to re-enter the picture, and a few other matters must be cleared up prior to the start of this construction. It is anguishing to drive down Cross Street and to view the mess that is there. Why did the demolition proceed at the rapid rate it did (almost 18 months ago) on the heels of the Superior Court’s decision to place an injunction to halt construction? It is unconscionable that this mess has to be the view of these neighbors. They suffer with this each and every day and that is one darn shame.
The challenge that the city faces with the school construction dates back to our council vote of August 18, 2011. That evening the council had before it a motion to vote for the transfer of the Cross Street playground property from the Park and Rec Department to the Westfield School Department. We did vote for this transfer (the Park and Rec Commission had voted to approve the transfer just prior to this meeting). What both this commission and the council did not know at the time was that this land was protected land (under Article 97) and needed prior approval for transfer from both the EOEA (Executive Office of Environmental Affairs) and the National Park Service. The really regrettable thing about this vote is that we were urged to suspend our rules of council to vote on this matter under immediate consideration.
The New Year always provides an opportunity for review and reflection. The City of Westfield has undergone much change in 2013. With the infrastructure modifications comes a price tag. It is my opinion, derived from phone calls and emails, that residents, while appreciating some of the structural alterations in our city, are concerned with the costs. Along with a look back it is also a time for a review of what is in our future for the next 12 months. We have a decidedly new council with six new members joining our seven veterans. It will be interesting to see what the focus of this new council will entail. It is my fervent wish and hope that we will be a fiscally conservative group. I intend to be cautious as we move forward in 2014.
Best wishes to all for a Very Happy and Healthy New Year.
Mary O’Connell
Ward Four City Councilor
Disclaimer: The views expressed in this column are those of the author and not the staff, editor, or publisher of the Westfield News.