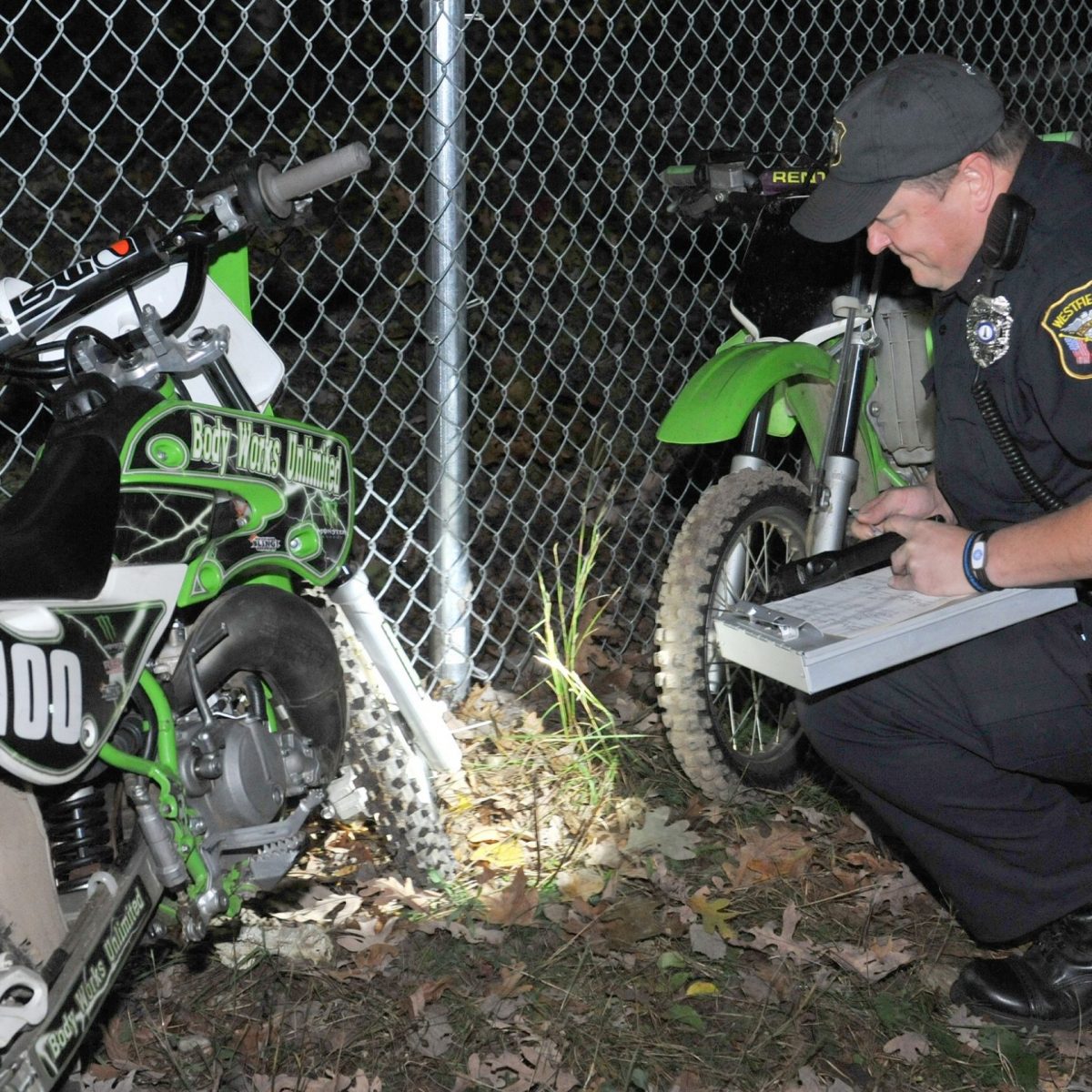 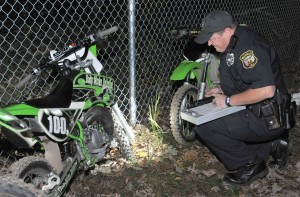 Officer Harry Sienkiewicz, of the Westfield police department’s accident reconstruction team, examines one of the motorcycles that was involved in a fatal accident near Gate 29 at Barnes Regional Airport. (File photo by chief photographer Frederick Gore)

SPRINGFIELD – A motor cycle crash on Oct. 14 in a wooded area off East Mountain Road claimed a second life yesterday when Luis Gonzalez, 22, of Holyoke, succumbed to his injures while being cared for at Baystate Medical Center in Springfield.
Shortly after the accident, Lt. Jerome Pitoniak, the commander of the Westfield Police Department’s Traffic & Safety Bureau, said that “at least seven” motocross style ‘dirt bikes’ had been operating in the area of sand piles located in woods between Barnes Airport and East Mountain Country Club when the crash, reported to police at 5:47 p.m., occurred.
Pitoniak said that one of the motorcycles was descending a hill when it crashed, head on, with a second dirt bike for reasons which have not been determined.
One of the operators, Carlos Colon, 22, also of Holyoke, was seriously injured by the crash and was transported to Noble Hospital where he was pronounced to be deceased.
Gonzalez was transported to the Baystate Medical Center for treatment in the trauma center there.
Pitoniak said that one of his officers, Harry Sienkiewicz, checked with the hospital the next day, Sunday, and learned that Gonzalez had suffered broken bones and surgery for internal injuries was planned.
On Monday, Gonzalez was listed in “critical” condition.
Sienkiewicz said this morning “we were notified yesterday” that Gonzalez had died.