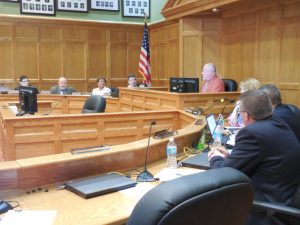 WESTFIELD – Westfield School Committee vice-chair Cynthia Sullivan raised the decision by the Supreme Judicial Court in favor of Article 97 protection of the Cross St. playground at the meeting on Monday.
“Personally, I’m very disappointed by this. It’s been going on for years,” Sullivan said, acknowledging that the decision has now been made.
She continued by saying that a month ago, the district had already come up with a plan to build a 400-student school on the site, because of the decision to move the fifth grade into the middle schools. “We identified this as an issue, that we don’t need a 600-student school,” Sullivan said.
She said the School Committee has studied the issue, and wants to do whatever is best for the students. “I’m hoping the community will rally around a 400-student school,” she said. “It’s crucial that we move 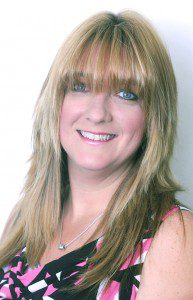 forward.” Sullivan also said she would be happy to speak with anyone about the building project, and encouraged members of the public to call her.
Mayor Brian P. Sullivan said that the city has always had the welfare of the students in mind. “The ultimate goal is to build a school in that location, and service those students that need it the most,” he said.
He said he would also be asking residents to get involved, noting that the involvement of the community in the meetings on redistricting was “great.”
School Committee member Jeffrey Gosselin asked whether the 400-student school was Plan B. 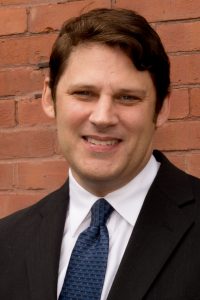 Sullivan responded that it was still Plan A. He said moving the fifth grade out changed enrollment projections, and opened up opportunities the district didn’t have five years ago. “It’s still Plan A – a school down in that neighborhood,” Sullivan said.
Gosselin said he was thinking in terms of the Massachusetts School Building Authority (MSBA), which had endorsed the original plan for a 600-student model school.
“We’ve shown them the enrollment numbers. It’s an adjustment (to the plan),” Mayor Sullivan said.
“We talked about this well before the judgement came out,” said School Committee member Ramon Diaz, Jr. He said the city no longer needs to spend the money on a 600-student school, and stressed that the new plan is not the result of the SJC’s decision.
“The hope is that we won’t start at the bottom with the MSBA, but we’ll maintain the spot we’re in and move forward,” Cynthia Sullivan added.