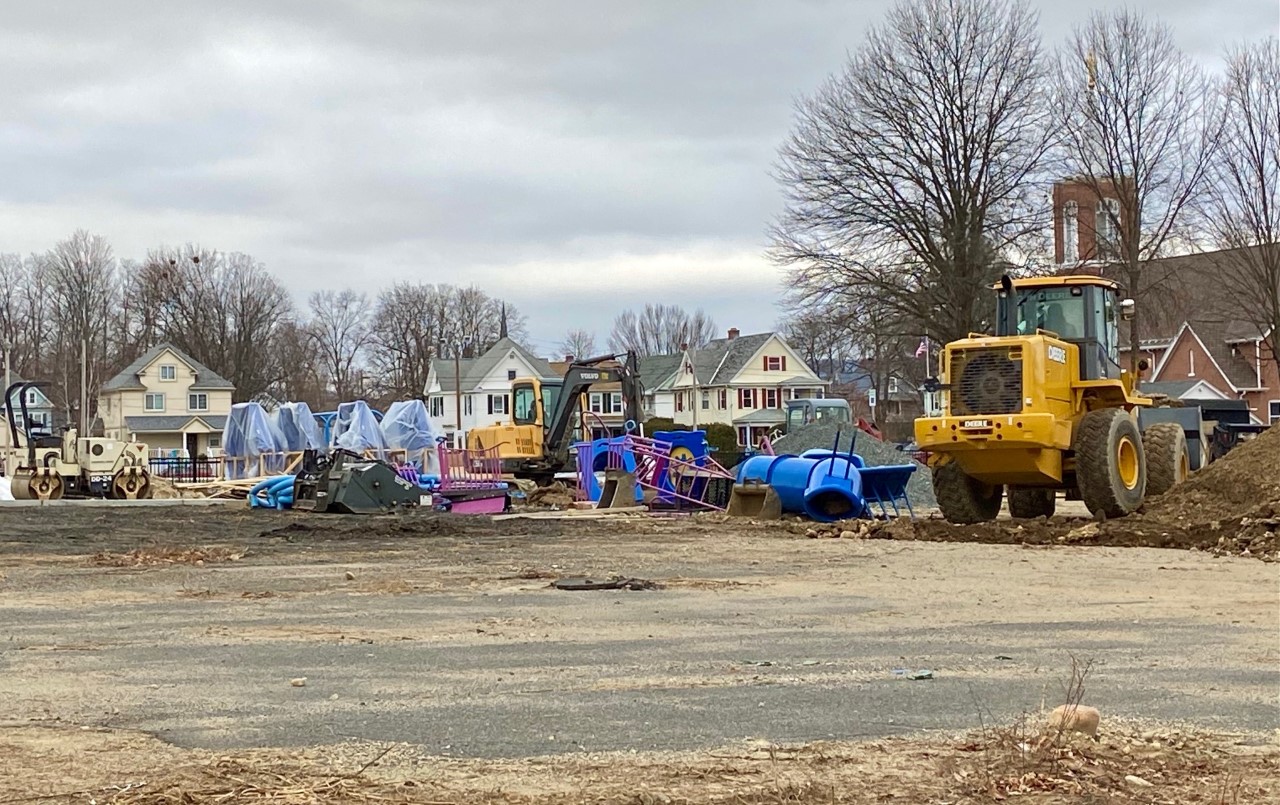 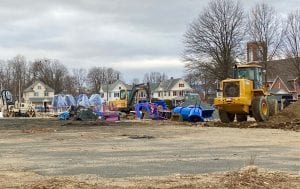 WESTFIELD – At the Dec. 7 School Committee meeting, Director of Community Development Peter J. Miller reported on the progress of the renovation of the Cross Street Playground, and asked the committee for permission to renovate the parking lot that is on the forner Ashley Street School property.

The committee unanimously granted the request.

Miller said in the past two or three weeks, work has begun to progress quickly on the all-abilities playground, which has been in the works for the past year and a half. A fence has been added near the St. Peter and St. Casimir Parish, and a wooden barrier has been erected between the playground and the street. Miller said the beginnings of the back stop and reinstallation of the baseball diamond on the new field are also visible.

Miller told the School Committee that he had asked the Law Department about the ability of the city to provide funds to make improvements to the Ashley Street School grounds, specifically the parking area located between the former school and Cross Street playground.

“We’ve been careful not to spend any of our playground funds on the school parcel. We are looking to use Community Development Block Grant or general fund money from the city that would not place any other encumbrances on the school property, in order to build a parking lot,” Miller told the committee.

He said the number one purpose is to provide parking for the popular new use, and secondly to spruce up the property, which he said currently has broken asphalt on it and is unattractive. Miller said they have identified funding on the city side to do the work, which will create 39 parking spaces, three of which will be handicap accessible.

“We’re asking for a vote of the school committee to allow for the superintendent to work with the city’s Law Department and Community Development office to work towards a solution to make the improvements, and ensure the property remains available for school development,” Miller said.

Committee member Cindy Sullivan commended Miller for bringing the proposal forward, and said she would support it. She clarified that no school funds would be used for the project, but that any grant funds used would not prevent holding it as school property for the future.

Committee member Timothy O’Connor said he has driven by the site, which has come a long way already, and the improvements will be great for the city and for students of all abilities. He added that when contractors put in the second ballfield, they might “find some of my old home run balls.”

Committee member Bo Sullivan agreed that it is a great project, and questioned whether three handicap parking spaces would be enough. Miller said that he added an additional space over the required number for the lot.

After the meeting, Miller said the project, which began in October, needs to be completed by June 1, 2021 under the grant agreement. He said the project is on pace .The playscape itself was delivered on Dec. 7, and he anticipates it will be open sometime around Memorial Day.

Miller said he doesn’t think that the new Little League ball field, which will be available for baseball and soccer, will be ready at that time, because they will want the grass to mature. “We may want to get a full growing season in before we start playing soccer or baseball,” he said.

The funding for the project came from a $400,000 PARC grant from the state, $360,000 from the Community Preservation Commission, and $59,000 from the Commission for Citizens with Disabilities. Another $207,000 will come from available monies in the city’s general fund, half of which will be used for the parking lot renovation. Miller said if more funding is needed for the parking area, the city may use a Community Development Block Grant for blight removal of the old blacktop in the Economic Justice neighborhood.