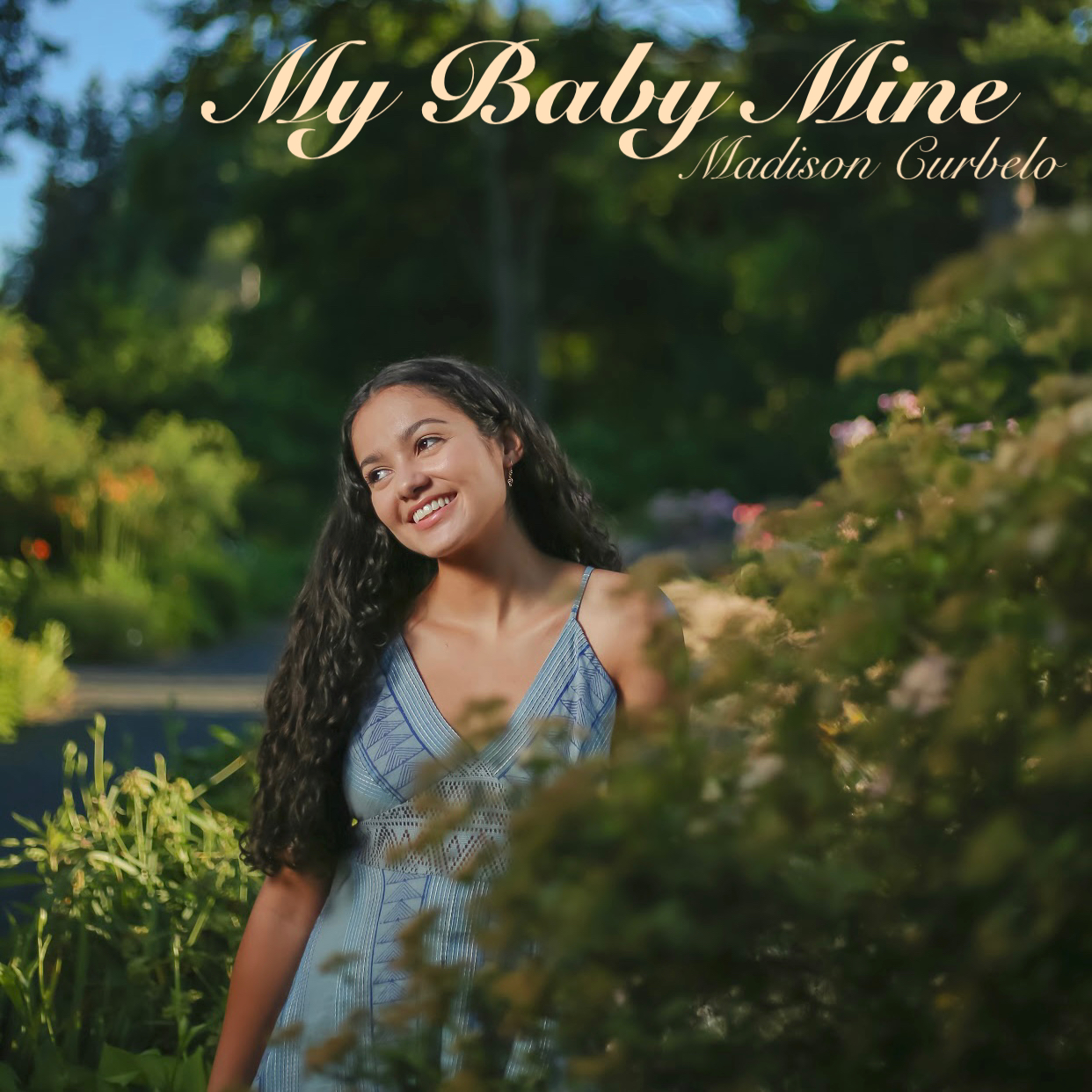 WESTFIELD-Madison Curbelo is “excited” to launch her first original single, “My Baby Mine,” on Aug. 7.

“I wrote the song earlier this year not thinking much about it,” said Curbelo, who is a student at the Berklee College of Music and a graduate of Westfield High School.

“The song came to me very fast and it was a really fun writing process because of how natural it felt,” she said, adding, “I had no idea that it would be my first single, but once I teamed up with producer Billy Lefler from California, I knew that it would be something special.” 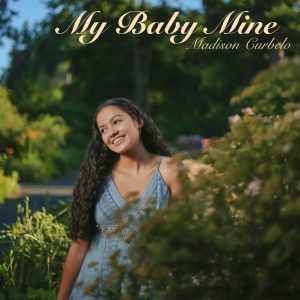 Madison Curbelo launches her first single, “My Baby Mine,” on Aug. 7. (SUBMITTED ARTWORK)

Curbelo first reached out to Andrew Oedel, owner of Ghost Hit Recording in West Springfield. Oedel also serves as a recording and mix engineer at the studio.

“Andrew directed me to Billy and that’s when we dived into ‘My Baby Mine,’” said Curbelo. “Andrew had been so helpful during the process and he let me go into Ghost Hit Recording to record. It was such a positive experience and I am so glad that I went there.”

Curbelo first put the song together remotely with Lefler and Oedel. The team worked over email, Zoom, and FaceTime, bouncing ideas off of each other and figuring out what worked and “made them excited.”

“Once we had the instrumental down, I headed to Ghost Hit Recording with Andrew and everything happened so fast and easy,” she said. “I believe it only took an hour to record a few takes of the lead vocals and we were both very confident in the finished product.” 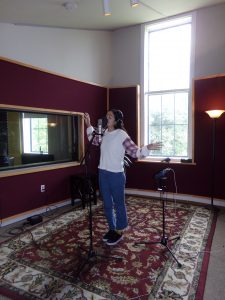 Curbelo explained the song is about loving someone so much that you see them in all the things you love.

“I wanted the song to mimic some of the things that myself, and the people I love in my real life, enjoy like ‘the starry skies at the beach at night,’ or ‘large milkshake I get with my fries,’” she said.

Curbelo noted the references she makes in her song are “personal yet so universal to everyone.”

“I wanted the song to be something that anyone can dedicate to someone special in their lives, regardless of who they are,” she said.

While Curbelo had written songs about break ups or “less upbeat material,” she knew her first single was destined to be uplifting and positive. 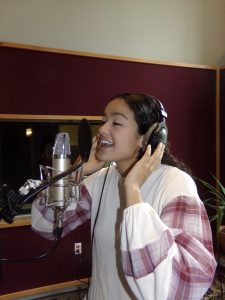 Madison Curbelo records a take of the lead vocals in her first original single, “My Baby Mine” at Ghost Hit Recording in West Springfield. (ELIZABETH CURBELO PHOTO)

“I had written other songs but they just weren’t setting the tone that I wanted my music to have,” she said. “After Billy and I played around with what I wanted and other ideas he came up with, the finished product is everything I could have imagined and more. This is a song that I am so proud of and can’t wait to share with the world.”

Curbelo chose Aug. 7 since the number 7 has always been her lucky number.

“I was playing around with a lot of possible dates but I was initially nervous about putting the song out,” she said. “I wanted it to be the best reflection of myself and my music that it could be so it took a little while to get there. Once it was done I was so excited that  I looked at the calendar and Aug. 7 was just the date that drew me in so I figured this was the perfect date to put the song out.”

Curbelo said “My Baby Mine” will be available on Spotify, Apple Music, and “everywhere else” one can stream music.

“I want to have a livestream the day the song drops to get everyone excited,” she said. “I’m also going to have a small gathering with my family to celebrate this because my first single is a really big deal. They have all been so supportive and I am so lucky to have them in my corner through all of this.” 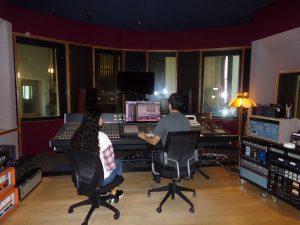 While Curbelo gears up for her release date, she is also continuing to write songs, perform, and focus her studies at Berklee.

“I also hope to put together an EP soon of music that I am really passionate about,” she said.

All in all, Curbelo said she is dedicating herself to her music.

“I’m a little nervous,” she said. “I really loved this song and the process that I went through to make it, so I hope everyone receives it well and feels the hard work that I put into it. But overall, I’m excited! This is really my introduction to the world via original music and I can’t wait for everyone that knows me, and the people who don’t, to see what I’ve been up to these past couple of months.”

Viewers can also follow Curbelo on her Facebook page for the latest updates on her music and performance schedule.