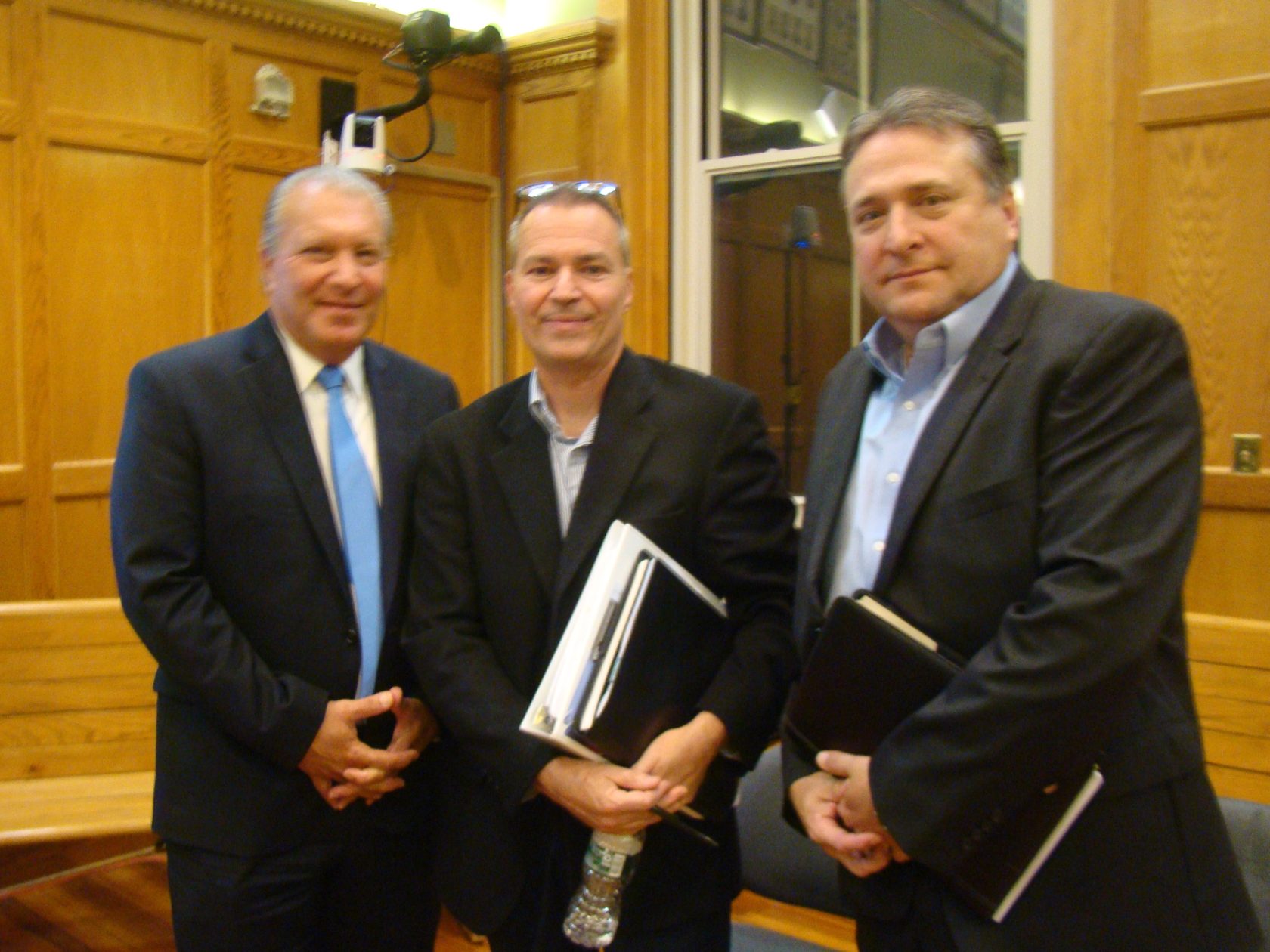 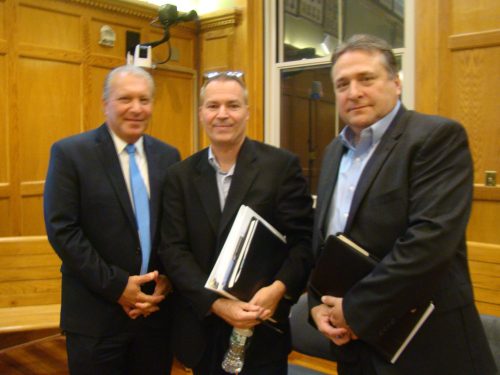 WESTFIELD — After Jeff Daley of WestMass Development read a list of seven new amenities that Servistar Realties would offer to the city in exchange for a tax incentive plan to develop the Westfield Data Center, city councilors voted 10-2, with one absence, to recommend the plan.

The Oct. 18 vote, which followed a heated debate, was an advisory action by a committee of the whole. The Planning Board had previously recommended approving the payment-in-lieu-of-taxes agreement. The City Council will take its formal vote on the Chapter 121A/6A agreement at its Oct. 21 meeting.

Servistar is proposing to build 10 computer server data centers on 162 acres of land off Ampad Way and Servistar Industrial Park Way, a $2.7 billion project. Instead of paying real estate and personal property taxes at market rates, the Chapter 121A agreement would envision annual payments to the city totaling about $360 million over the 40 years of the agreement.

At the Oct. 18 meeting, Planning Board member Rich Salois, who as an alternate member did not vote on his board’s recommendation, said he questioned whether the city had been offered amenities that would justify extending the Chapter 121A agreement to 40 years.  Chapter 121A of state law allows communities to negotiate payments in lieu of taxes to encourage the development of blighted or substandard industrial properties.

Salois said setting aside wetlands and other land for endangered turtles were not amenities, because the company would not have been permitted to build on that land. He said the company talked about the jobs that would be created, but did not include a guarantee for any city construction companies or residents to be hired. He said amenities they could offer might include land for open space, historical restoration, and something for the schools.

Several of the items that Salois mentioned were on the list that Daley read on behalf of Eric Bartone, principal of Servistar Realties. The first included designating the land located on the aquifer as open space to ensure that it would not be developed, which Councilor Kristen Mello later discounted, saying that no development can occur over the aquifer now.

Mello was one of the two councilors, along with Dave Flaherty, who voted against approving the Chapter 121A agreement.

Daley said the project would also make a good faith effort to hire city residents for at least 20 percent of the jobs over the 40-year term of the agreement.

Servistar also promised several monetary gifts upon the start of construction, including $100,000 over two years to Westfield Technical Academy for information technology curriculum that would help support qualified local employment labor for the Data Center campus.

Also pledged at the start of construction was $30,000 to support recreational or community public facilities, such as walking trails or bicycle racks; and $20,000 to the Westfield Fire Department to support training and equipment for fire safety at the Data Center campus.

The donation of all trees cleared by the project to a local non-profit organization, and a computer recycling event at the ribbon cutting, were also proposed.

Daley said the amenities listed were all mentioned in the law as meeting Chapter 121A findings.

“We have had many other conversations, and there will be other programs,” he said, adding, “This is real money and real commitments.”

Also presenting at the meeting was Eric Bartone, who answered specific and technical questions previously raised, many by at-large Councilor Dave Flaherty, on the financial projections for the project. The amended proposal for the Data Center, which is 299 pages, is posted on the City Council page at www.cityofwestfield.org under “Servistar, LLC Updated Application.”

Bartone said it is important to have a perspective on the dynamics of the proposal as a public-private partnership.

“The city isn’t putting $2.7 billion at risk, either,” he said. “We’re paying these taxes for having the opportunity to be located in Westfield. This is an industry that isn’t here — it’s not here for a reason, it’s not going to be here unless we have a cooperative partnership. Does that mean that everybody wins? I think it does. Does that mean everybody gets what they want? No.”

Bartone described the project as the equivalent of Toyota saying it wanted to build an automotive plant in New England.

“I highly doubt that’s going to happen,” he said.

Earlier in the meeting, during public participation, Thomas Flaherty, general manager of Westfield Gas & Electric, responded to some questions raised about whether WG&E was getting a fair share of the project.

“Westfield Gas & Electric stands with the project. We think this is an amazing project for the city as a whole. We are 100 percent behind this project,“ Thomas Flaherty said.

Finance Committee Chair Ralph J. Figy said this would not be the last hearing or last permitting process for Servistar, which still has “a ton of hoops” to go through. He also responded to comments that Westfield could negotiate a better deal, but said the city has been told this is the deal, “take it or leave it.”

At-large Councilor Rick Sullivan then made a motion to have the committee of the whole recommend to the full body of the council approval of the agreement with Servistar Realties LLC as presented, and direct the mayor to negotiate Servistar’s proposed amenities into the final language.

Dave Flaherty proposed an amendment to bifurcate the Planning Board findings into separate votes, which failed 10 to 2. He said that was one of 14 amendments he wanted to make, but was not recognized by the chair to continue.