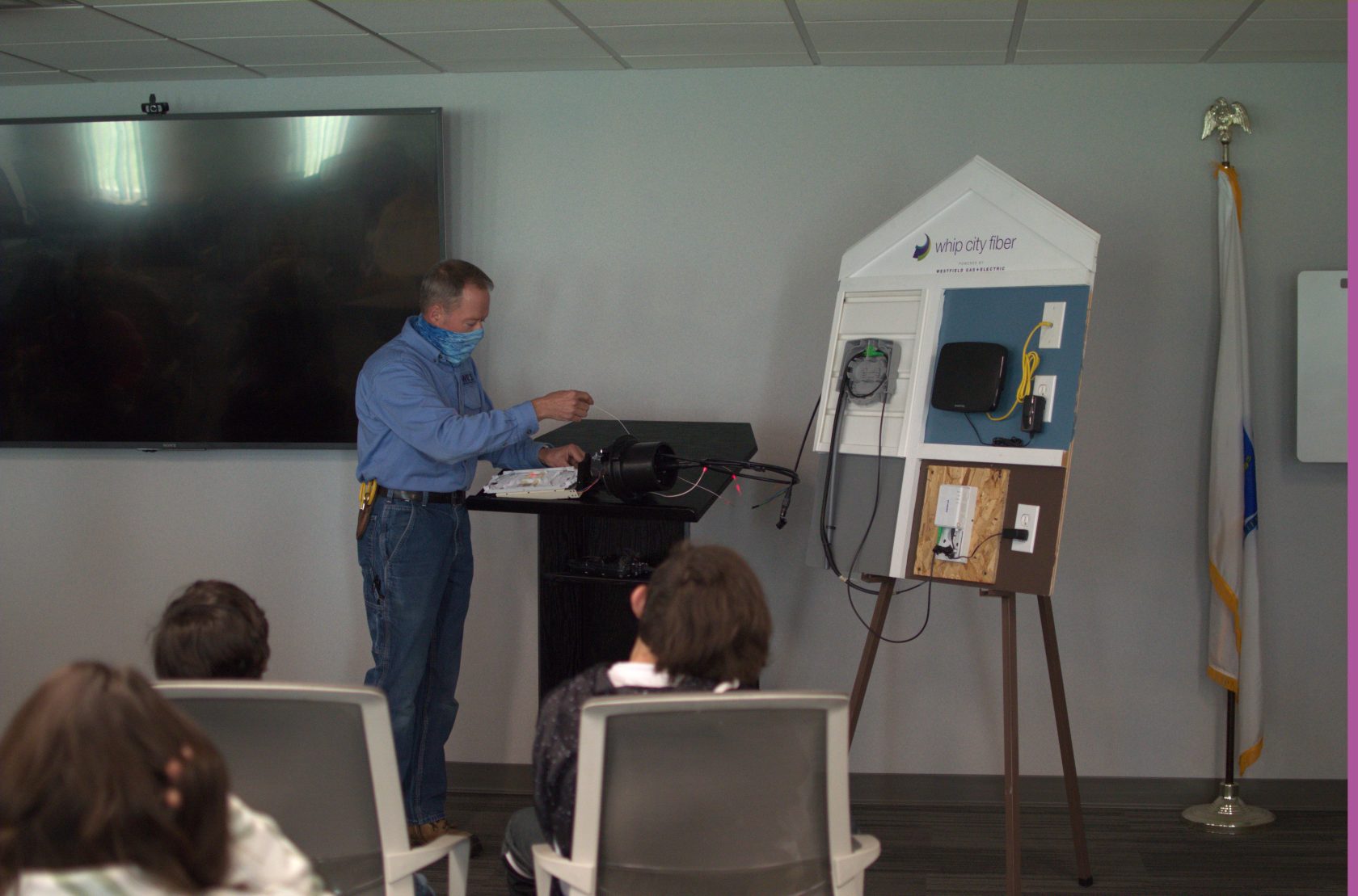 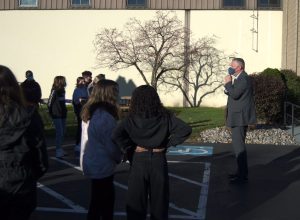 WESTFIELD — Seventh and eighth grade computer science students from Westfield Middle School were given the opportunity to visit the operations headquarters for Westfield Gas & Electric on Monday and Tuesday to learn about internet infrastructure and applied programming.

The field trip was part of STEM Week,  an annual event to highlight careers in science, technology, engineering and mathematics.

WMS students attended workshops at the facility to learn about how the computer programming that they are learning in class is applied to the operations of WG&E and its electrical infrastructure. They were shown the programming process for tasks as simple as a fire door alarm to more complicated processes like the WG&E dispatching program.

At a second workshop, students were shown how a fiber optic cable, the thin glass wires that make up much of the world’s internet infrastructure, are made and installed. They were shown actual pieces of fiber optic cable, and a Whip City Fiber technician showed them how the thin pieces of glass connect to one’s internet router, connecting home devices to the world-wide network. 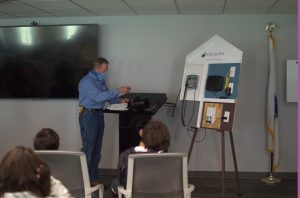 Pat Dufraine, a computer science and robotics teacher at WMS, said that bringing the students to WG&E gives them the opportunity to see how the things they are learning in class will apply to the real world.

WG&E’s director of information technology, John Leary, said the students showed genuine enthusiasm for what they are learning during their visit to the facility.

“It means a great deal. You can see the future through them,” said Leary.

WMS and WG&E have partnered in the past by having professionals visit the school, but Leary said this is the first time that he is aware of that students were brought to the Turnpike Industrial Road facility itself.

Following the workshops, the students were given a tour of the operations facility, as well as some of the specialized vehicles used in the field to repair and maintain internet and energy infrastructure. Later in the day, the students heard from a panel of WG&E employees, including people working in finance, human resources, gas technicians, information technology experts, and linemen who work in the field.

“We want to give the students the entire breadth of  the organization. Everything we do has a little STEM,” said Leary.