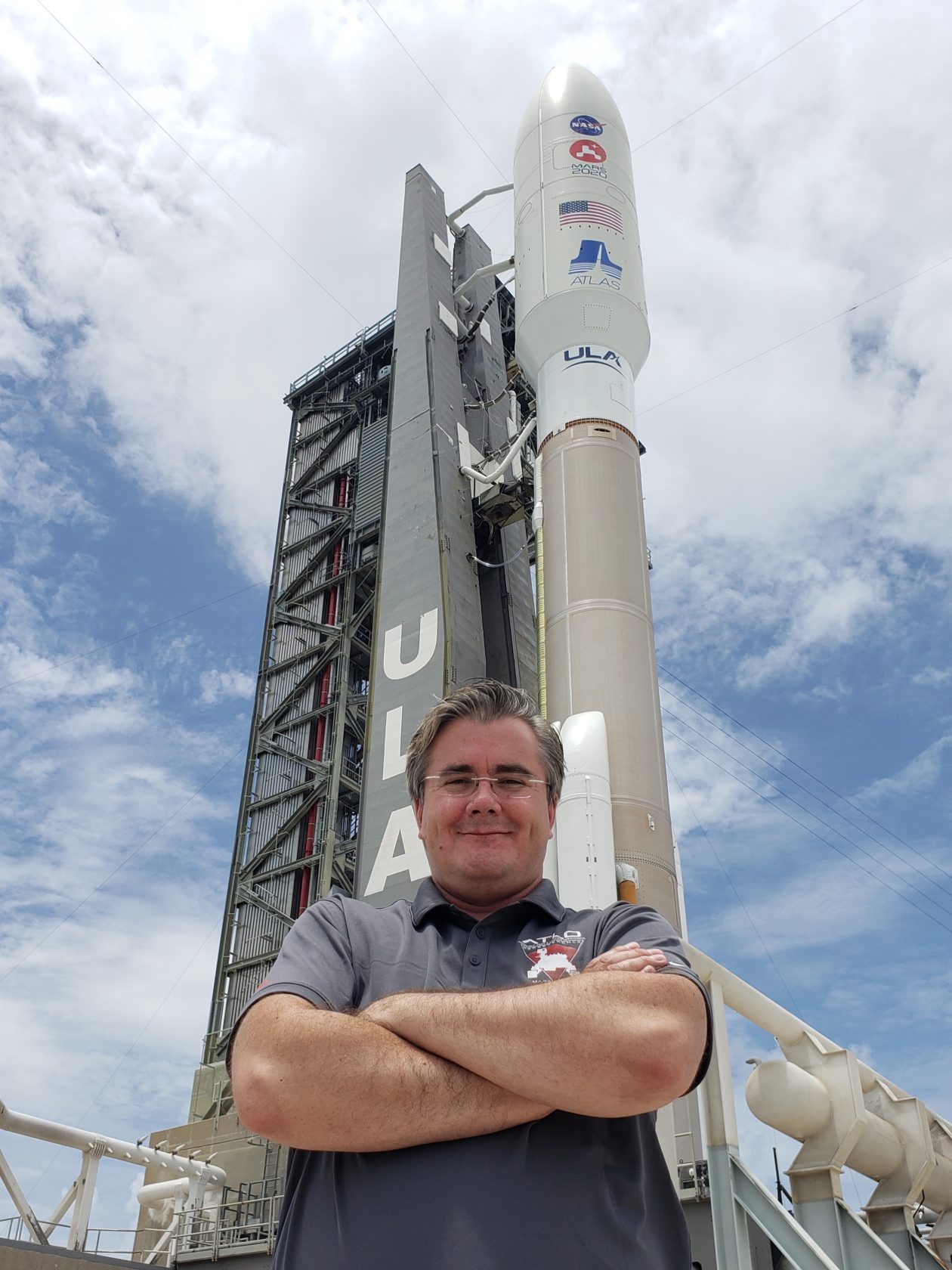 WESTFIELD — NASA engineer Dave Gruel hopes to instill a sense of awe in children who participate in a special program focusing on outer space at the Amelia Park Children’s Museum this Saturday. 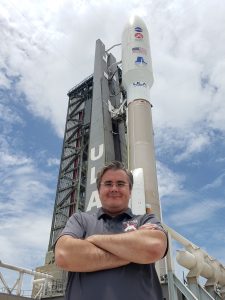 Westfield native Dave Gruel stands on the launch pad in front of the Atlas V rocket on July 29, 2020, the day before the M2020 spacecraft and Perseverance rover were launched to Mars. (SUBMITTED PHOTO)

“As part of Mass STEM (Science, Technology, Engineering and Mathematics) Week, we are hosting ‘From Here to the Stars’ that will feature a series of outer space themed STEM activities,” said Ray Radigan, the museum’s executive director, adding a virtual presentation and question-and-answer session for children is slated at noon on Oct. 23 with Gruel.

The 10 a.m. to 3 p.m. festivities, made possible by the Westfield Cultural Council, will also include hands-on STEM learning activities, ranging from making straw rockets and solar system hats to creating pipe-cleaner constellations.

“There will be new outer space exhibits as well, including a solar system scramble, and magnetic moon rock building,” said Radigan.

Gruel, a Westfield native who has held several leadership roles at the Jet Propulsion Laboratory in Pasadena, Calif., over the years, attended Highland School and Westfield Middle School, and graduated from Westfield High School in 1988.

“I wasn’t an attentive student in high school,” said Gruel, adding he preferred “goofing around” with his friends.

After a stint working in a local grocery store stocking shelves after high school, he realized he needed “something more” in his life and he needed a “challenge.” That challenge came when he majored in engineering at Holyoke Community College.

After graduating with honors and an associate’s degree from HCC, he transferred to Rensselaer Polytechnic Institute in Troy, N.Y., where he completed a bachelor’s degree in mechanical engineering.

“Since RPI did not accept all of my credits from Holyoke Community, I learned from my roommates about a cooperative education program that allows students to add professional experience to their resume,” said Gruel. “I thought it was an interesting idea, and JPL was one of the companies that offered opportunities.”

Following an interview, Gruel received an offer from JPL and was grateful for the co-op program experience.

“I left California thinking, I’m not going back again,” said Gruel, adding that after graduation from RPI he received offers including answering phones for an engineering software company or working on the Mars Pathfinder at JPL. 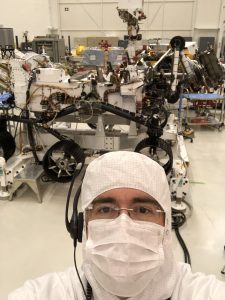 “Knowing you have to be happy in your career, it was an opportunity I couldn’t pass up, and I relocated to California,” said Gruel.

In the years since, Gruel has worked on the Mars Pathfinder, the Mars Exploration Rovers — Spirit and Opportunity, the Curiosity rover, and most recently, the Perseverance rover.

“On the last two missions — Curiosity and Perseverance — my primary job has been assembly test and launch operations (ATLO) manager,” said Gruel. “We see the rover built up from thousands of individual parts to driving on the surface of Mars.”

No small feat but a job that Gruel and his team relish on a daily basis.

“I have one of the coolest jobs in the world,” said Gruel, adding, “our team assembles, tests and launches the flight spacecraft.”

Radigan is eager to share Gruel’s passion for space with area families during this special museum event, adding the unveiling of the “completely redesigned” STEM Center exhibit is also planned.

“This permanent exhibit will include a magnetic wall, light peg board, microscope, and many more activities,” said Radigan. 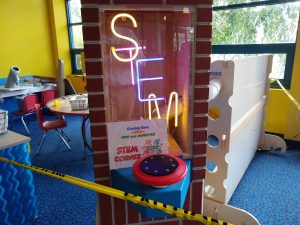 The redesigned STEM Corner at the Amelia Park Children’s Museum in Westfield will be unveiled during a special “From Here to the Stars” program on Oct. 23. (RAY RADIGAN/SUBMITTED)

The highlight of the day will be Gruel’s presentation, where he will give an overview of his day-to-day tasks, which includes how he designs and uses cameras and microphones on the Mars rover.

Gruel and his wife Danelle have two sons, Dylan, 15, and Ethan, 12, and understand the importance of encouraging young people to consider all of the opportunities available to them as they consider their future career paths.

“I am a kid at heart,” said Gruel. “What intrigues me is that somewhere there is a young girl or boy who might be the first person to walk on Mars or explore our solar system, and we need to excite kids about science. Communicating to the future engineers, discoverers and scientists about all of the exciting things that are happening is a great thing to do.”

Admission to the special event is $8 per person, and includes access to the full museum at 29 S. Broad St., Westfield, as well as the special activities.

“There are many opportunities if one’s child is excited about space, or NASA, and here is a chance to hear directly about those things,” said Gruel, adding, “the next great Mars engineer might be in the audience.”