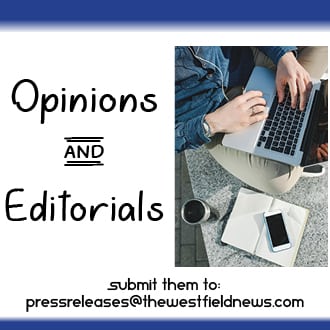 Sixty-five per cent of children entering primary school today will graduate into jobs that do not yet exist. In this session speakers will discuss what kind of learning and reskilling revolution will be necessary to prepare workers and societies for tomorrow’s jobs.

Background reading: Our children’s career aspirations have nothing in common with the jobs of the future.

Did you know? 43% of recent college graduates in the United States are underemployed in their first job out of college.

Thomas says the pace of change is increasing. We always over estimate change in 3 years, and underestimate the change in 10.

Hoffman is asked about wages. How much of this is at the core of the discussion about jobs of the future.

She says low wages is a massive issue in the US and other parts of the world. The levelling influence of collective bargaining isn’t there in most parts of the US.

That is really important for lobbying companies for training, time off for training and so on. In the US, you just don’t see that, she says.

Grant is asked, who should be worried about their jobs?

He says basic reporting of facts is automatable. He says we should think about what skills are closed. Lawyers should be worried that their job is going to change.

Gebauer says there are a whole set of human skills that are going to be important in the future. The ability to interact with clients, global skills, when it comes back to digital, it’s not just knowing how to code, it’s how to use technology. Complex problem solving, agile thinking, I don’t think computers are going to take that away any time soon.

Thomas says you cannot take away the human side of things. The skepticism, the sense of judgment that is applied, that is where the job is going to go.

Then there is the question, how do I know my algorithm is right?

Ryder says the numbers that are out there are unhelpful. What is technologically feasible is not necessarily a good idea.

With unwarranted precision unbacked by rationale, there are very specific numbers of how many jobs will disappear. The notion that the future of work is out there waiting for us is wrong.

Gebauer says is there not an argument that things won’t change because humans won’t accept robots?

She says a package of lifelong learning needs to be tailored to countries and to jobs.

Blodget asks when you take an apprenticeship is the assumption that you get hired if you do well. Ryder says it is.

Thomas says if you have a millennial generation that makes up 65% of the workforce in the next five years. They have a desire for variety. The commitment to lifelong learning is going to become a competitive advantage if they want to attract those individuals, where the option of having somebody join and be there 20 years later is a far lower probability. This is going to be an investment by more and more organizations.

Gebauer recalls the case of Starbucks, which offered training to its staff and the company has had much higher retention as a result.

Grant says the education is not giving their employees the skills that they need. Way too many schools are teaching students how to cram knowledge into their heads. We’re not teaching collaboration at all.

Gebauer says we don’t have a common lexicon related to skills which could be useful.

There is a question about the knowledge children learn at schools.

Thomas says university taught him how to think and to analyze.

Grant says we should have the conversation about what knowledge and skills is useful.

Hoffman says part of the upskilling, there is “on the job” but there is a lot of work to do where it is not on the job. In Singapore they have a fund to get people into the habit of adult learning.

Grant says corporations have to step up. If he was a company, he would make a list of skills he cannot fill and put it to his staff and offer them the training to fulfil those roles.

There is a question about how chefs can stay relevant in a period of huge disruption. Ryder says his working environment is evolving around him. That person should not be left to struggle on by themselves unaccompanied and get displaced. It’s about that person having accessibility to continuous training to deal with those evolving environments. How much is the individual’s responsibility, how much the employer’s and how much the public arena.

Hoffman says technology can be a supplement to this person. Some of the more onerous unsafe jobs, tech can be a benefit. To use the example of wearable tech for caregivers. It’s a wearable tech for the person who works there to be able to lift someone without damaging themselves.

She says what we see in most of our industries is that the tech is used to enhance the process and the worker, if it is done in a way that they are not threatened. Where we have unions in big hotels, they have negotiated language about the introduction of technology.

Where you are on your own, it’s very scary, what does it mean, am I going to get laid off?

A question from the floor, shouldn’t there be more accountability from schools that are imparting obsolete knowledge and skills?

Grant says we should be careful about declaring skills obsolete. The thing I worry about is knowledge that is outdated. That’s part of the competitive advantage and individual institution has. That’s up to the student to picking a college that is not offering obsolete knowledge.

We have a responsibility to do more to teach students to work in partnership. – Adam Grant