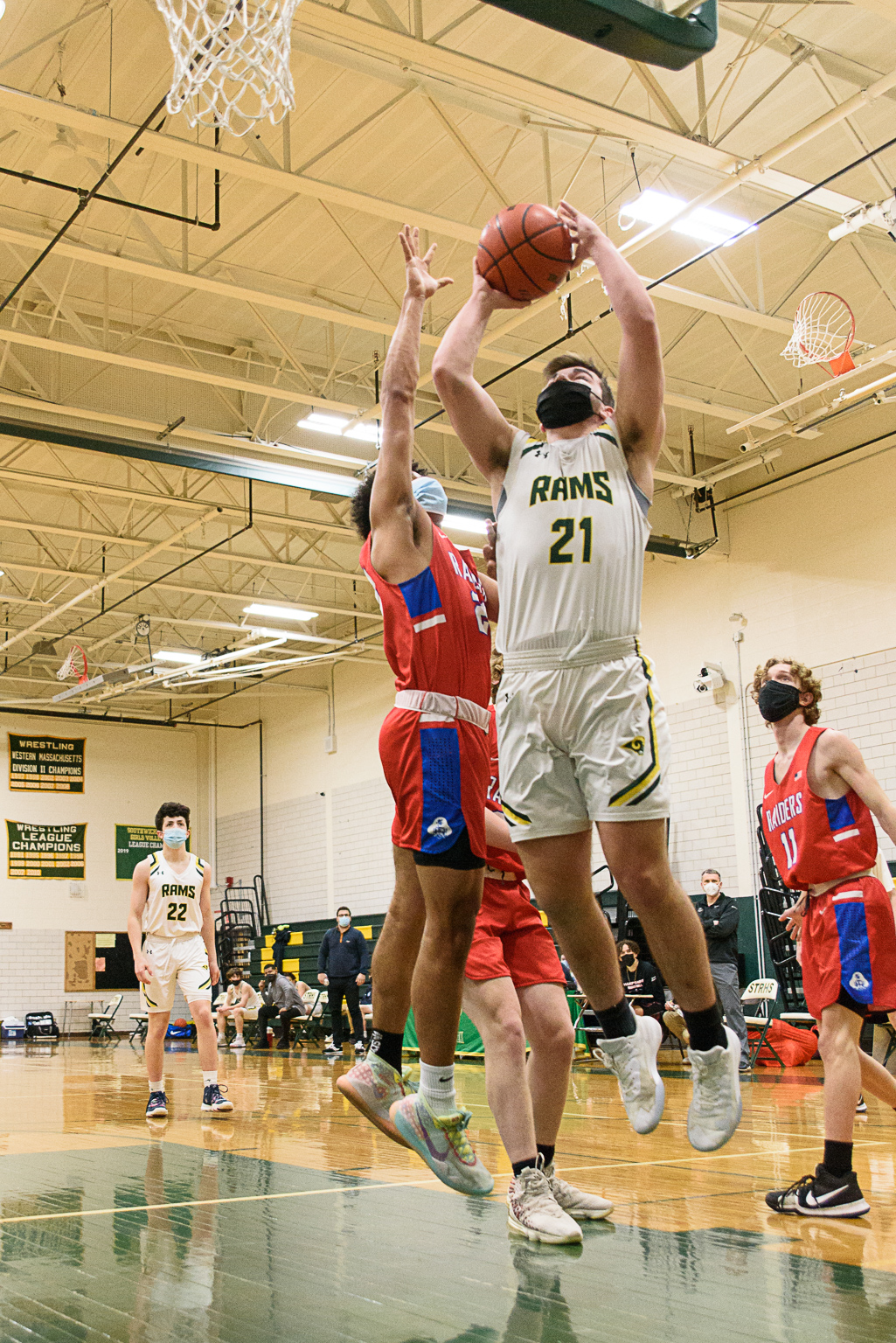 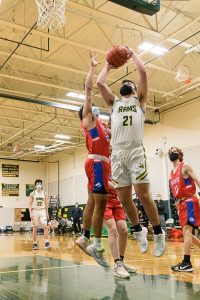 SOUTHWICK – If the Southwick Regional High School boys basketball team could piece together the first half of Tuesday night’s boys basketball game and the second half of Monday evening’s contest against Hampshire, the competition would have been a dead heat.
That is not how it works though. Instead, the Hampshire Red Raiders came away with a 2-0 sweep.
Three players scored in double digits – – Justin Forest (21 points), Dylan Rohan (16), and Jamil Rodriguez (10) – – and Hampshire rolled past Southwick 61-37 Tuesday. Will Rukokoski finished with nine points for the Red Raiders.
“They’re tough,” Southwick boys basketball head coach Peter Fiorentino said of their opponent. “Forest is legitimately really good at basketball.They have a couple of other guys on the wing that can shoot the (expletive) out of it and make good plays. They have some size and some athleticism inside. That’s a well-rounded team for sure.”
Southwick did all it could to rattle Hampshire early on. Leighton Billings, who led the Rams with 18 points, Nick Michael, and Dylan Kelleher each buried first-quarter 3-pointers to keep the game close. Kelleher’s long-range trey from the corner banked in off the glass as the buzzer sounded at the end of the opening quarter.
Billings early hot streak continued in the second quarter when he made a nice spin move in the lane and dropped in a two, and soon followed that up with a 3-pointer.
Hampshire surged ahead by eight points, 29-21, but Southwick rallied. Billings made a tough two from beneath the hoop. Jordan Drzyzga converted a three. Billings finished off an aggressive drive and drained another two. The Red Raiders led just 32-30, but Forest sank a three just before the half to make it 35-30 at the half.
Hampshire continued to reel off points in the second half, completing a 13-0 run with a steal and layup from Forest. It was the straw that broke the Rams’ collective backs.
“It seemed like the first half we kind of carried over our second half (from Monday night),” coach Fiorentino said. “And then the second half (Tuesday), we just kind of ran out of gas.”