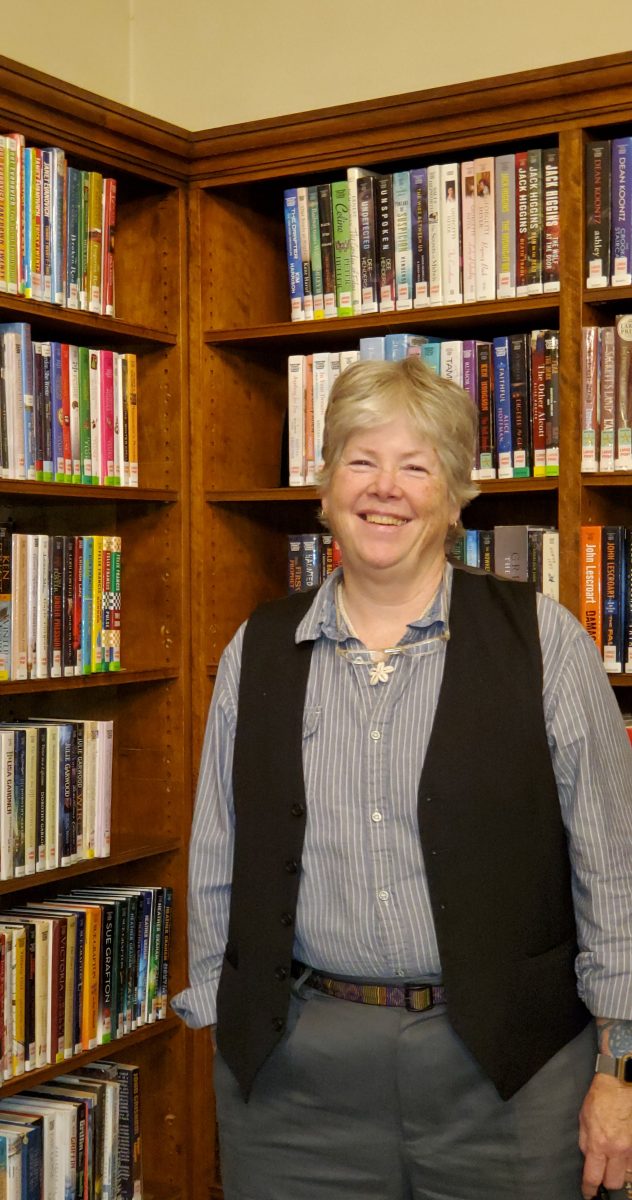 WESTFIELD-As Kathleen “Kate” Deviny officially takes the helm as director of the Westfield Athenaeum, she feels “honored” to take on the challenge.

The announcement came during the annual meeting of the corporators of the Westfield Athenaeum on Oct. 28 in the Lang Auditorium. 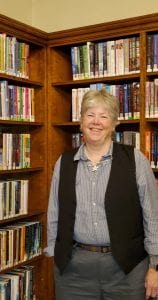 Kathleen “Kate” Deviny has been appointed director of the Westfield Athenaeum by its board of directors. (Submitted photo)

“In addition to Kate’s strong interim leadership performance, she brings many years of experience with public libraries,” said Susan E. Drummey, president of the Board of Directors of the Westfield Athenaeum, in a statement. “I’m confident that Kate has the passion, commitment and demonstrated capability to lead our organization into the very exciting future we have planned.”

Drummey added the board is “particularly proud” to have Deviny’s knowledge and experience to take the helm of the Athenaeum.

“Her passion for history and innovative ideas will energize our staff and bring new enthusiasm for our services,” said Drummey.

Deviny, a Westfield resident, has served as acting director for the past three months.

During Monday night’s meeting, Deviny said she spoke about “being intimidated by the position of being in charge of our city’s library,” adding, “it is an honor to keep making the Athenaeum be this welcoming place full of entertainment and information. We will continue to protect and keep our city’s history.”

Deviny began her library career at the Athenaeum in 2001 as a part-time reference librarian and later became a full-time Special Collections and Technology Librarian. She also served as director of the Great Barrington Libraries for almost three years before returning to the Athenaeum as its Archives and Museum Coordinator for the Donald W. Blair Research Center. In that role, she managed the Edwin Smith Historical Museum and was responsible for creating historical displays, overseeing docents, leading talks to school children and other groups as well as organizing the vast inventory of historical documents, artifacts and valuable items housed there.

Drummey noted that Deviny was also “instrumental” in creating the online archive Edwin Online, the Athenaeum’s website that allows the viewing of many rare and fragile papers of Colonial Westfield.

As she embarks on a new journey, the path will be shaped by the goals created through the patron survey as well as a long-range strategic plan that was recently completed.

“We want to increase the Athenaeum’s displays of our history, make the Athenaeum a place to talk, where city councilors, medical professionals, business people and concerned citizens talk about issues of the day – water, gun violence, Asperbergers, or any topic that stirs the public,” said Deviny.

Deviny added that library plans include “integrating history into the main floor of the library, increasing classes and engagement, and keeping up on our digital world which continues to spiral away from us.”

As part of the Athenaeum’s Rise to Knowledge campaign, the third phase includes the modernization of the Great Hall, Elizabeth Reed Room, and the Jasper Rand Art Gallery. Plans also include a handicap accessible bathroom, new flooring, electrical connections and a handicap accessible Circulation Desk.

“The Westfield Athenaeum is in the center of the city providing educational and entertaining materials that make our lives enjoyable, understandable,” said Deviny.

“Filled with staff who care,” Deviny notes the Athenaeum is a “friendly space” that creates current and historical connections and helps citizens learn more about the world, provides a common place to meet, and provides access to hundreds of thousands of different materials from books, CDs and DVDs to Launchpads and WonderBooks – all for free.

The Westfield Athenaeum is a nonprofit organization that serves as the public library for the city which encompasses adult and children’s libraries, a reference room, the Edwin Smith Historical Museum, and the Jasper Rand Art Gallery. More than 170,000 individual visits occur yearly, and the collection has more than 188,000 items for circulation, including fiction and nonfiction books, magazines, CDs and DVDs.

“I am honored to take on the responsibility of Westfield’s Athenaeum and look forward to making the best use of its resources and facilities to meet our citizens’ needs and continue to play a vital role in the fabric of our community,” said Deviny.