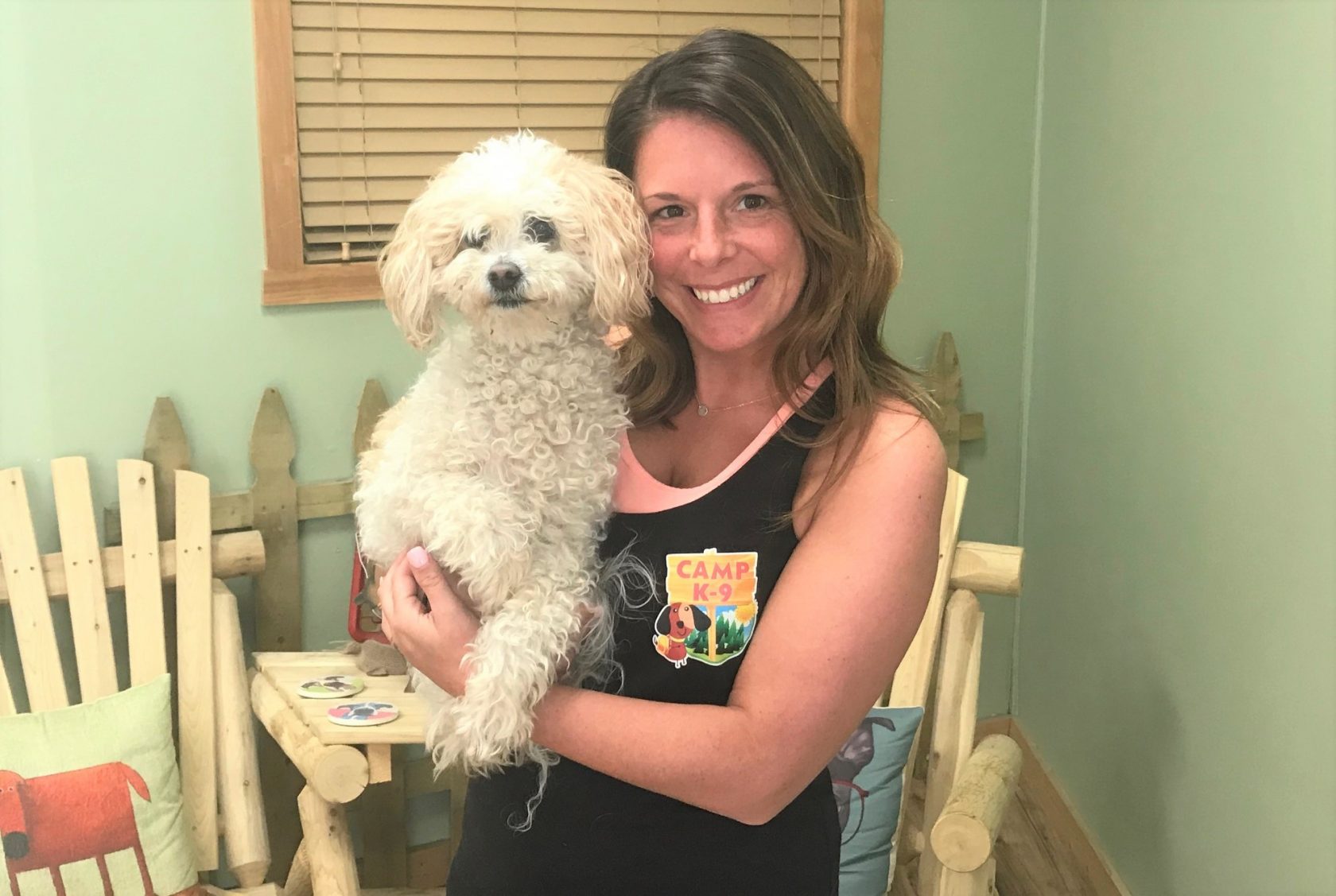 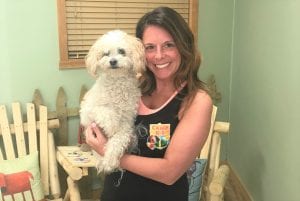 WESTFIELD – Ali and Nicholas Connor of Camp K-9 came before the Planning Board Tuesday seeking an amendment to their special permit to allow for 80 dogs per day at the doggy day care and overnight facility.
Ali Connor said that their first permit in 2015 was for 25 dogs, and was expanded to 50 two years later. She said they have the space for more dogs, and follow all of the safety regulations. Their regular day care drop off is 40, which allows for only 10 overnight. Most days, she said, they are turning away clients.
Connor also said that 80 is not an immediate need, but that they have grown drastically in the last year and a half, and need a buffer, in order not to turn away dogs.
Bernard Puza asked whether they were expanding their space. Connor said the building at 202 Union St. is the same space, 6,400 square-feet, but they have converted the 2,000 sq. ft. indoor dog park into doggy day care space. She said the kennel area, where the dogs sleep, is 2,000 sq. feet.
Connor said they do hold monthly events for the dogs, and this month happens to be their dog prom.
She also acknowledged there is an opportunity to expand the space, but they are not pursuing it at this time.
Puza asked how much space is needed per dog. Connor said there is no rule of thumb, and it depends on the size of the dog. She said on Tuesdays, which is their small dog day, 50 dogs feel like 10.
Nicholas Connor said the guideline is between 40 and 100 square feet, depending on the size of the dogs. He said on plenty of days they only house 50 dogs, but some days could be up to 80, and they were asking for flexibility. He said if the majority of dogs were large, they would house only 50 on that day.
Ali Connor explained that because they offer overnight care, they can have an overlap between the time dogs are picked up and dropped off. She said on Tuesday morning, seven dogs were leaving at 8 a.m., but because dogs are dropped off for day care beginning at 7 a.m., they had to turn away seven dogs.
“80 gives us a buffer,” Connor said. 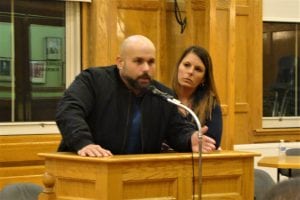 Nicholas and Ali Connor discuss their doggy day care with the Planning Board. (Photo by Amy Porter)

Richard Salois asked the owners to take him through a typical day. Ali Connor said the schedule is similar to preschool. Dogs are dropped off between 7 and 9 a.m., Monday through Friday, and 8 – 10 a.m. on Saturday. They are then separated into play groups by size and temperament.
Nap time is 12 – 2 p.m. At 3:30 p.m., the owners start to pick up their dogs. She said they operate a kennel-free day care.
“My dog goes there on a semi-regular basis. It’s a fantastic business,” said Puza.
Ali Connor thanked him, saying they put a lot of work into the business. She also said that due to the 50-dog limit, she is not able to bring her own dog to the day care.
Philip McEwan asked whether there is any outdoor activity for the dogs. Ali Connor said Camp K-9 is an indoor facility, with a very small 10×12 square-foot outdoor space with indoor access only.
McEwan also asked what happens to the dog waste. Nicholas Connor said it is picked up and disposed of in a dumpster.
Salois asked if the place is washed down in the evening. Ali Connor said there are cleaning times throughout the day. She said they use kennel-specific chemicals that are environmentally sound.
Salois also asked how many people are on staff. The owners said for 50 dogs, there are five or six staff; one for every 12 to 15 dogs, depending on their weight and size.
Cheryl Crowe asked how they knew what size dogs were before coming in to day care. Ali Connor said there is an initial screening process and evaluation, which includes the veterinarian’s paperwork which has the weight on it. Camp K-9 also has its own scale, and takes a photo of each dog.
Crowe said she didn’t see a cap on the number of dogs listed in the ordinance. City Planner Jay Vinskey said the ordinance does not require a cap and John Bowen asked if the cap could be removed.
Jane Magarian said her concern would be if the business were to be sold, and Puza said what if other similar businesses were come into town. “80 is a good number for me,” Puza said.
Vinskey said the special permit could be limited to 50 if transferred to another owner, with no more than 20 overnight. The board agreed, and voted unanimously to a limit of no more than 80 dogs, with the conditions suggested by Vinskey.