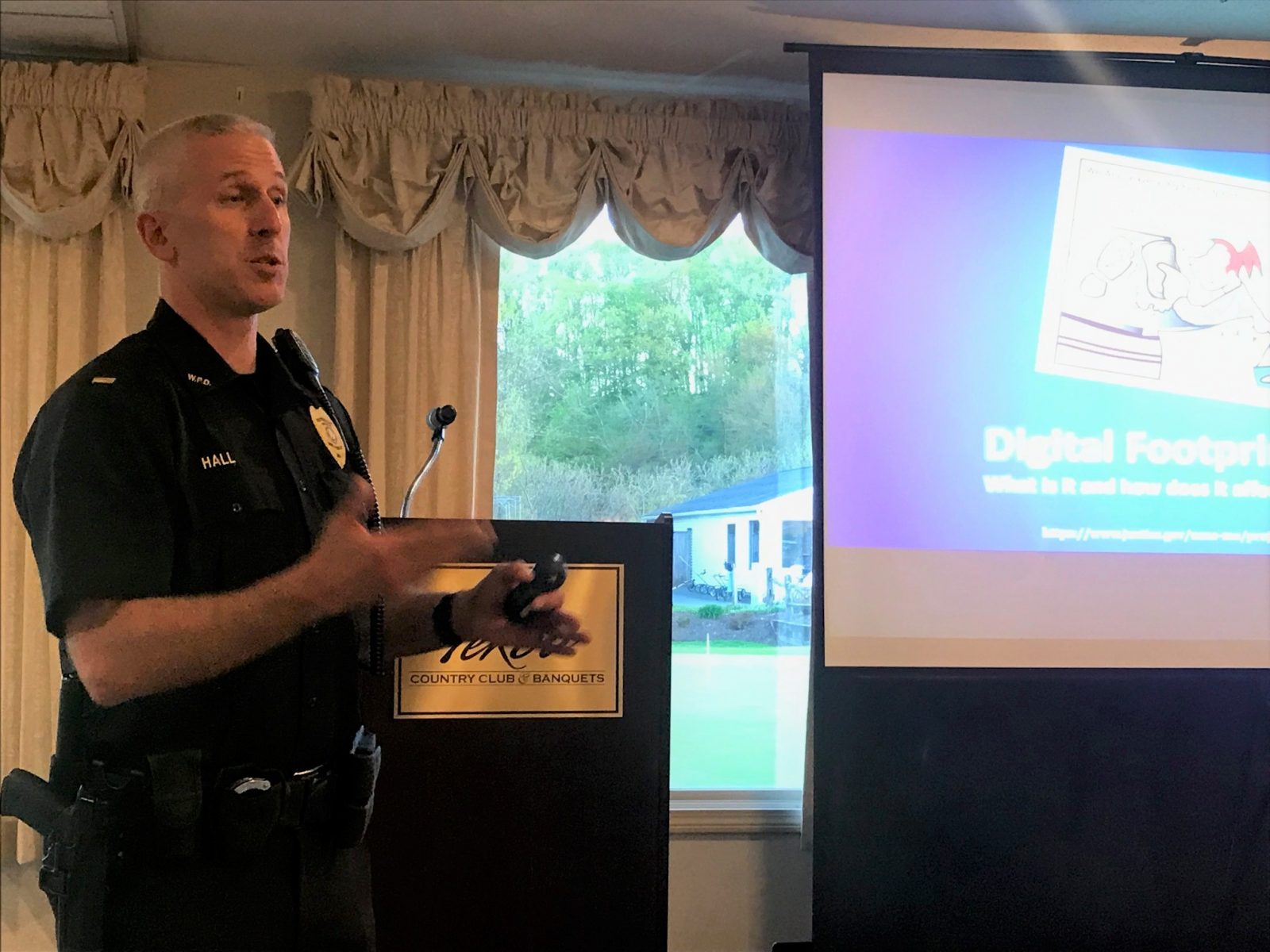 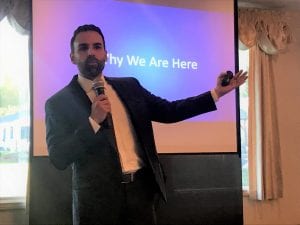 WESTFIELD – Keeping children safe as they navigate the internet can be daunting for parents. But when parents have the right knowledge and tools, they can prevent their child from becoming a victim.

From social media and gaming to cyberbullying and sextortion, the tactics used by predators is scary, admitted Desroches.

“By the time we enter the situation, the damage is done,” he said of the District Attorney’s Office. “So why are we here tonight? Because you all are the front lines.”

Desroches gave the 75-member audience some red flags to watch for and said parents need to be vigilant and on top of what their children are doing online and on their phones. 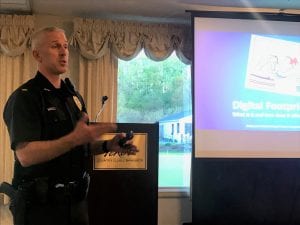 What they saw included nude photos and sexually explicit materials. Edwards said children of all ages who use the internet or apps are susceptible to online predators. The top apps used by children include Youtube, imessage, Instagram, Netflix and Snapchat.

Edwards said new apps pop up every day and children – particularly teenagers – often use them to secretly communicate with each other.

Edwards said parents need to know which apps and sites their children are using, including hidden ones.

“Check your children’s phones and go to their app store to see what’s been downloaded,” he said.

He said parents should also know their children’s user names and passwords, what online profiles they maintain, what they are posting and who they are sharing it with.

The top games children cited were Fortnite, Roblox (which was number one among fifth graders), sports games, Call of Duty, Minecraft and Rainbow Six Siege.

Hall said even a mild game such as Minecraft which is often played by children as young as seven, has chat capability.

To keep children safe from online predators while gaming, it’s best to disable chat options wherever possible and monitor chats. Hall suggested reading and understanding game ratings, which are available at commonsensemedia.org, secure children’s accounts, use avatars for profile pictures and play the games.

If a child is targeted by an online bully while gaming, Hall said to immediately block that user and report the player.

When it comes to more serious inappropriate online activity from sexual predators, Desroches said to alert law enforcement immediately, but not the platform provider. The reason, he said, is because the platform’s procedure would likely include shutting down the predator’s account and police need to access their activity.

The presenters Wednesday said predators often lure children by posing as another child in a gaming or social media chat setting, then entice them to text or chat privately or Skype. Desroches gave several real examples of how offenders quickly turned a chat into receiving nude photos from a child then using that against them to continue soliciting more explicit photos, videos and even meeting in person.

Desroches said parents need to talk to their children about their internet activity, even though it means they may receive backlash.

“Monitoring is good, but the most important thing is communication,” he said.

The group will present its findings to students this week and Desroches said that’s a great starting point for communication.

“Ask them what they thought about it,” he said. “Use that to start a conversation.”