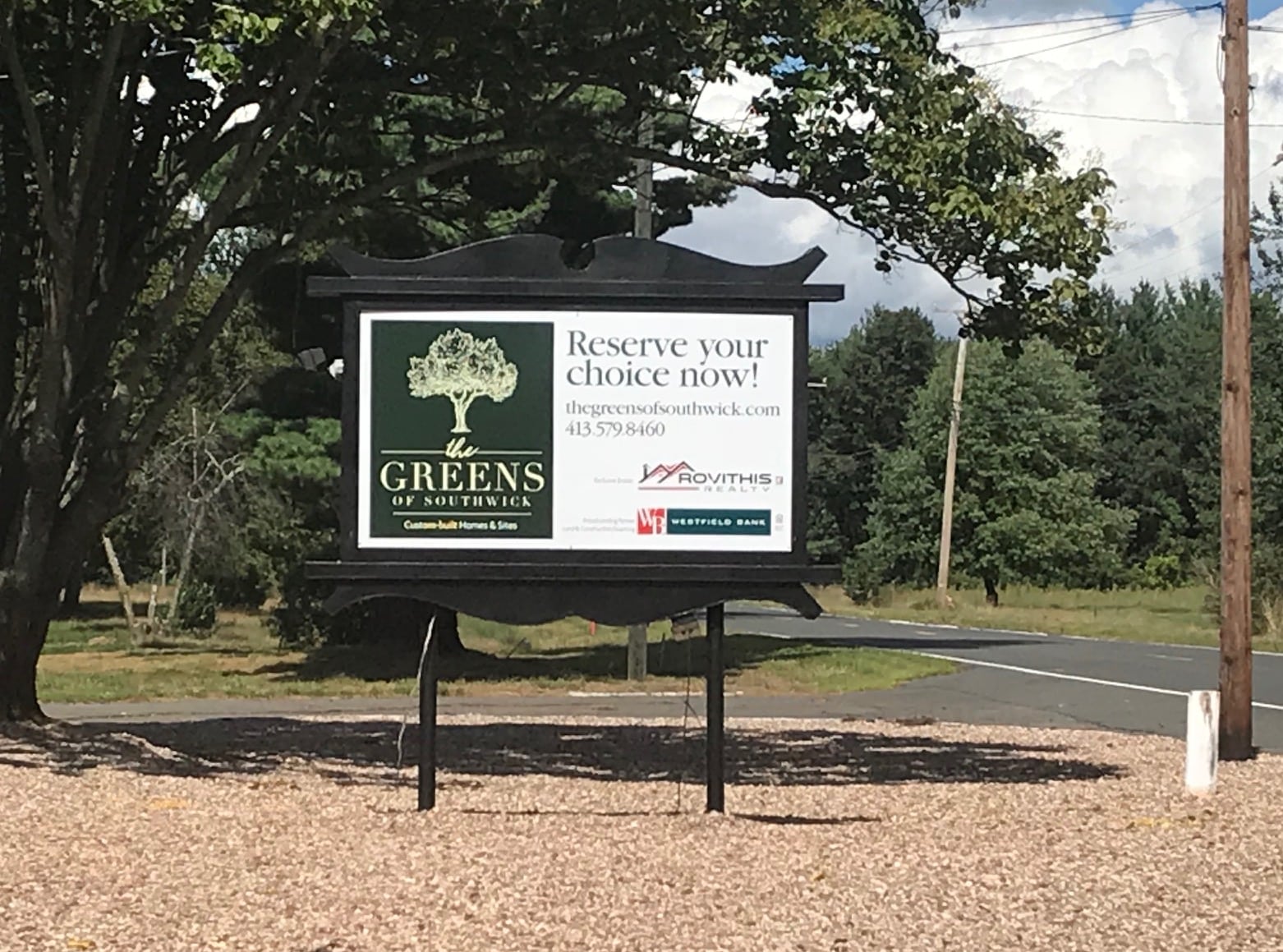 SOUTHWICK – A public hearing was held at the Planning Board meeting this week to discuss the eastern side of The Greens subdivision. Rob Levesque of R. Levesque Associates, the engineer for the subdivision project, presented the plans May 7.

Featuring 38 lots, the eastern side includes public water, natural gas and septic systems. According to Southwick Town Planner Alan Slessler, there are three roads that are already established for the eastern side —  Blackstone Drive (2,200 ft.), Pebble Beach Circle (585 ft.), and Doral Lane (405 ft.). Slessler pointed out that the names of those streets could change.. 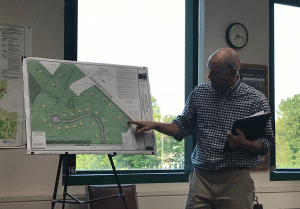 Rob Levesque of R. Levesque Associates shows the Planning Board part of the site plan for The Greens. (WNG File Photo)

The site plan for the eastern side of The Greens was continued by the Planning Board, because of a few miscellaneous items that still need to be addressed. One of the items involves having an ANR (Approval Not Required) survey conducted on a large parcel of land near College Highway on Route 10 and 202, close to The Greens. Originally, that  parcel, which consisted of about six lots, was supposed to be a part of the subdivision plans. An ANR survey is produced when a land boundary is changed, typically for the creation of a new lot, or for annexing a small tract to an existing lot.

Slessler sees the miscellaneous items as minor tweaks to the site plan.

“I don’t anticipate any design change, it’s more housekeeping,” he said. “The plans were complete and concise — it was easy to understand.”

Slessler added that he’s reached out to both the police and fire departments to allow them to make comments.

Levesque will now go back to the Conservation Commission for site plan approval. Once that happens, the site plan will be brought back to the Planning Board on May 28. Slessler expects the hearing will close May 28 and a decision will be made. If the plan is approved, a decision would be made official by June 11 and the 21-day appeal period would go into effect. If the 21 days passed without an appeal,  construction would likely begin  in July. According to The Greens website, the starting purchase price for homes is $389,000.

The Planning Board approved the preliminary plans for the eastern side of The Greens late last June.

The Greens subdivision is a 110-acre property that was the former Southwick Country Club and was purchased by Fiore Realty on February 22, 2018 for $1.9 million.

Fiore also acquired the Candlewood Inn, which was the restaurant at the Southwick Country Club. Fiore does not plan to use the building as a restaurant and it currently serves as an office to meet with potential buyers.

The country club and golf course operated through the fall of 2017.