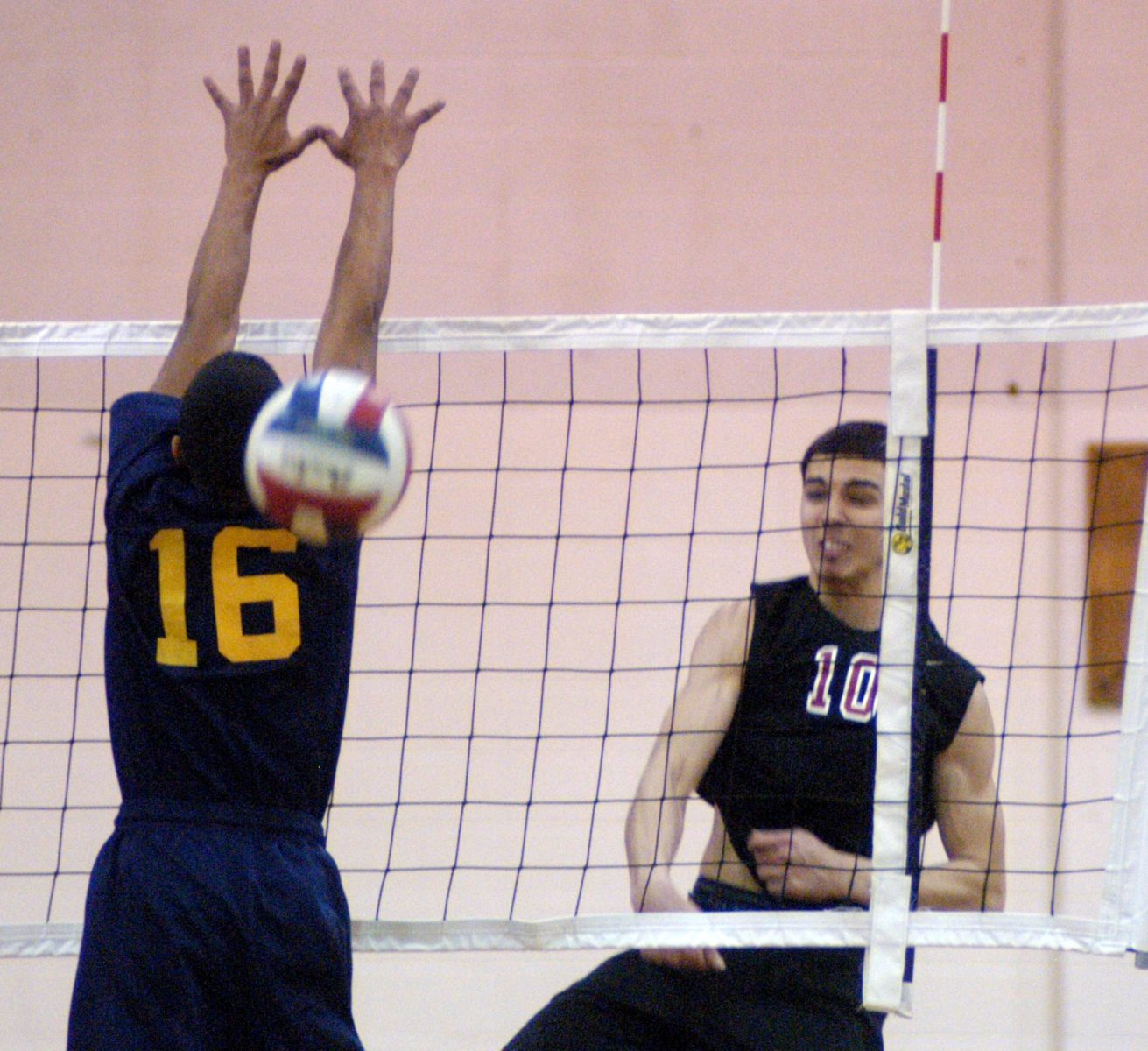 WESTFIELD – Tyler Wingate has helped polish a few shining stars, and fueled several postseason runs in his tenure as head coach of the Westfield High School boys’ volleyball team.
As evident to all the fans in attendance at Monday’s season opener, Wingate and the Bombers may have their most dynamic duo yet.
Westfield seniors Manny Golob (14 kills) and Ryan Bucko (17) put Western Mass on notice with a dominating performance in the team’s 3-0 rout of visiting Putnam. The Bombers throttled the Beavers 25-16, 25-12, 25-15.
“To have two players (of their caliber) this year is a nice accomplishment,” Wingate said. “It’s a testament as to how they have improved as players, and the work they have done in the offseason.”
Bucko and Golob both played on club teams during the offseason. 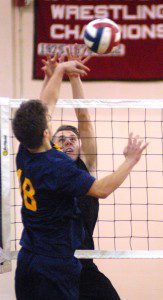 “Our offense looks good and sharp when they’re both a part of it,” Wingate said.
After shaking off a slow start in the first set, the duo dominated the competition. And so did their teammates.
In the second set, Westfield overpowered Putnam.

Bombers’ Ryan Bucko blocks the path of the ball. (Photo by Chris Putz)

Bucko delivered an overpowering kill shot that struck a blow to Putnam’s confidence. With Bucko serving, Eric Shilyuk (30 assists) and Nick Hall converged for a block. Golob sent a Beaver belly flopping with a powerful overhand strike. Hall tallied a kill shot. Igor Belokopytov (6 kills, 6 digs) hammered a kill.
In the final frame, Bucko and Golob spotted their teammates an unbreakable lead. The match was over, before it ever got going.
“Our passing has improved since (our first practice this season),” Bucko said. “We just need to keep growing. We have a lot of potential.”
Westfield will need to continue to grow to go toe-to-toe with preseason favorite Chicopee Comprehensive, perennial contender Agawam, and pesky West Springfield.
The Bombers will look to build on the momentum established in their season opener when they travel to Ware to take on the Indians Thurs., April 2 at 5:15 p.m.