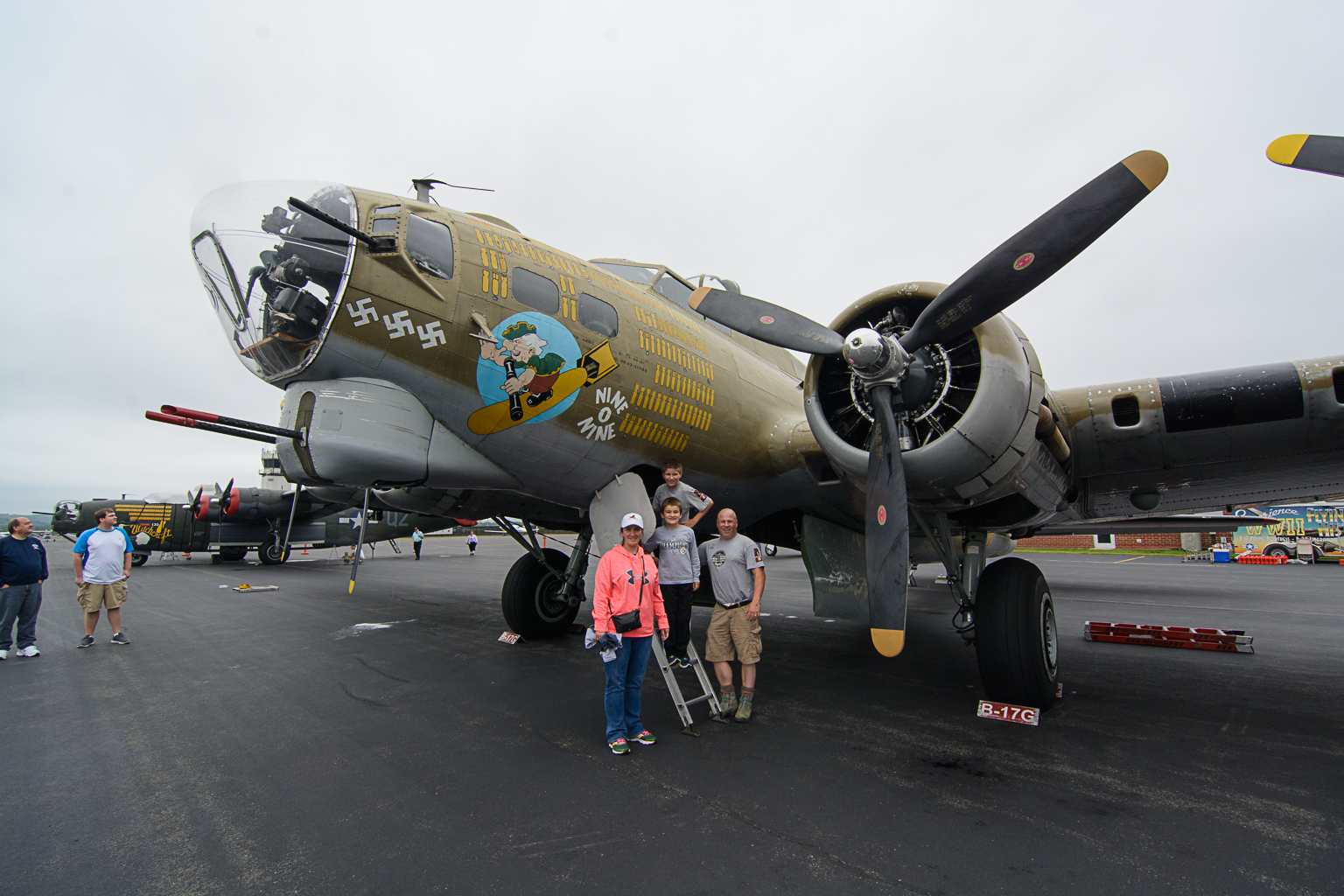 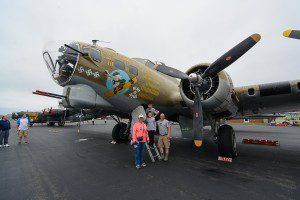 The Webster family of Westhampton, Daniel, Harmony, Jacque, and Duncan, get ready to take a look in a B-17G at a past Wings of Freedom Tour display at Barnes Airport.(Photo by Marc St. Onge)

WINDSOR LOCKS, Conn- A spokesperson for the Experimental Aircraft Association (EAA) said that they would continue hosting flights of their B-17 aircraft out of Westfield’s Barnes Airport next week following Wednesday morning’s crash landing of the same type of plane at Bradley International Airport.

David Miller of the EAA said that they will host the B-17 Aluminum Overcast Tour from Oct. 11 to Oct. 13 next week at Barnes, including the Oct. 10 flight for media personnel. Attendees would be able to go up in the WWII era bombers to experience them in flight.

Miller said that the Aluminum Overcast B-17 would be in Hyannis this weekend before coming to Westfield next week.

The B-17 that crashed at Bradley Airport Wednesday was there for the Wings of Freedom Tour via the Massachusetts-based Collings Foundation in which several WWII aircraft were on display to be toured and flown in. As of Thursday morning, seven people are confirmed dead after the plane attempted an emergency landing on Bradley Airport’s runway 6.

The National Transportation Safety Board and the Connecticut Department of Public Safety said that the exact cause of the crash is not yet determined.

“The EAA chapter 1620 in Westfield is passing on our condolences and our prayers to the families, those on the ‘Nine-O-Nine’, and the Collings Foundation,” said Miller.

The EAA and the Collings Foundation are separate organizations that both happened to be hosting B-17 tours in the region.

The name of just one victim has been released thus far. Robert Riddell of East Granby, Conn. was the first to be confirmed among the deceased. The names of the other six victims have not yet been released.

There were 13 people on board the aircraft when it crash landed. Several people were transported to the hospital for injuries ranging from minor to critical. The plane landed and then crashed into a de-icing facility at the airport, injuring one person on the ground as well.