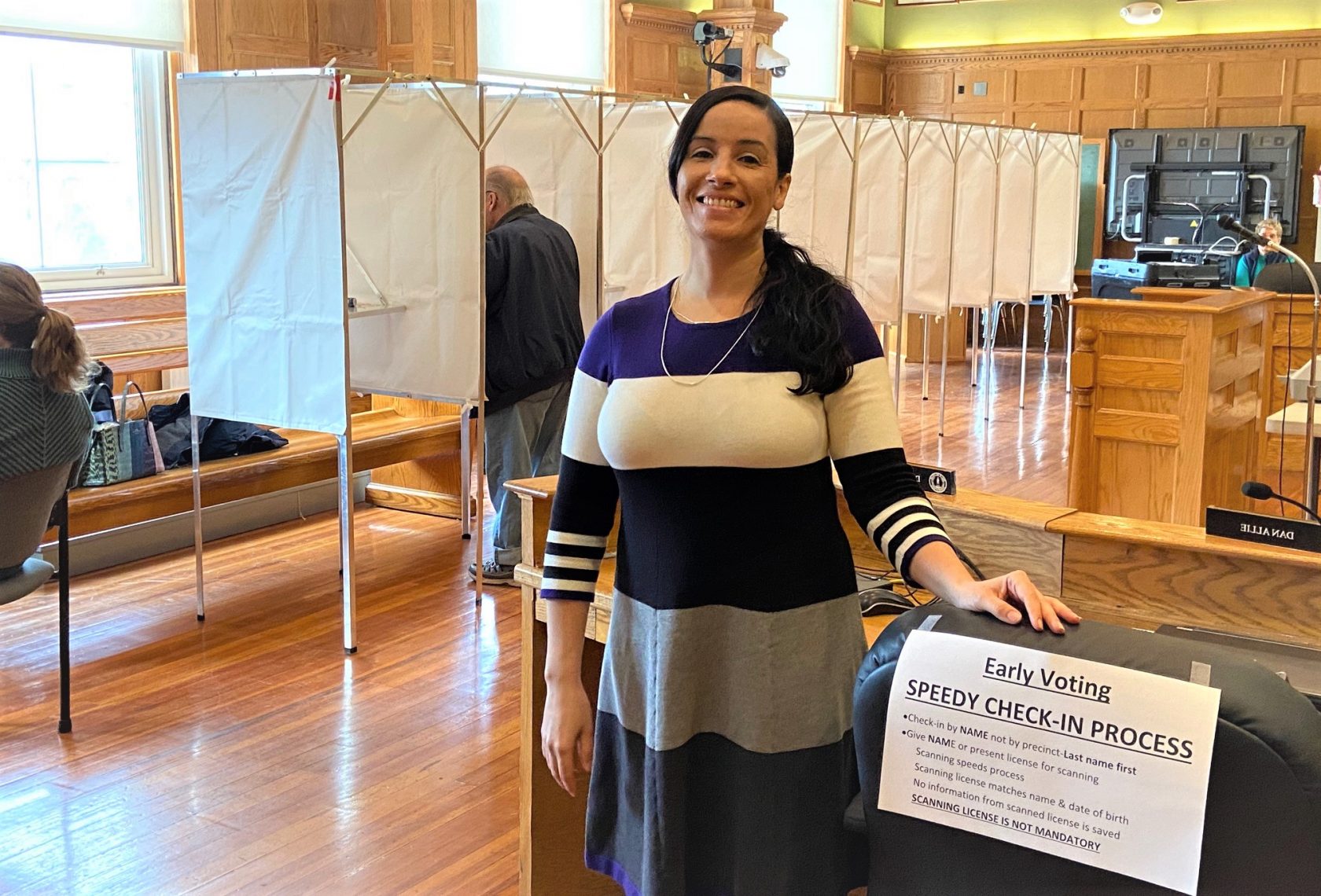 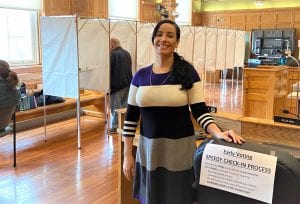 WESTFIELD – Residents still have time to vote ahead of the March 3 Primary Election.

Westfield Election Clerk Marisa Colon said Feb. 24, the first day of early voting in the Presidential Primary and Special State Primary for 2nd Hampden and Hampshire Senate seat previously held by Mayor Donald F. Humason Jr., was steadiest in the morning, busy again at lunchtime, and then trickled down until the close at 5 p.m. A total of  164 votes were cast for the Presidential Primary, and 160 votes for the Special State Primary Monday.
Colon said this is the first time that Massachusetts has offered early voting for a presidential primary, but for presidential elections, the early voting turnout has been large.
“We’re hopeful that it will be larger as the week goes on, and more people become aware of it,” Colon said
Early voting is taking place in City Council Chambers, second floor of Westfield City Hall, 59 Court St. Early Voting dates and hours through Feb. 28 are as follows:
Feb. 26, 9 a.m. to 5 pm
Feb. 27,  9 a.m. to 8 p.m.
Feb. 28,  9 a.m. to 5 p.m.
Colon said early voting not only alleviates the traffic for the polls in general on Election Day, but also allows people to resolve problems that may come up which can be handled ahead of time, such as a change of address, or request to change party affiliation.
Colon said on the first day, election workers did get a couple of questions, such as why some presidential candidates were already on the party’s ballot when they have dropped out of the race. The reason, she said, is that they qualified to be on the ballot before they made a decision to drop out.
Other people asked why there was a primary for State Senator, when only one Democrat, John C. Velis, and one Republican, John Cain, are running for the office, and ballots for other parties are blank.
Colon said the primary is held according to state law, and also offers people the opportunity to write in candidates.
Also on the Presidential Primary ballots are one man and one woman for State Committee for the 2nd Hampden and Hampshire district, and ward candidates for party delegates.