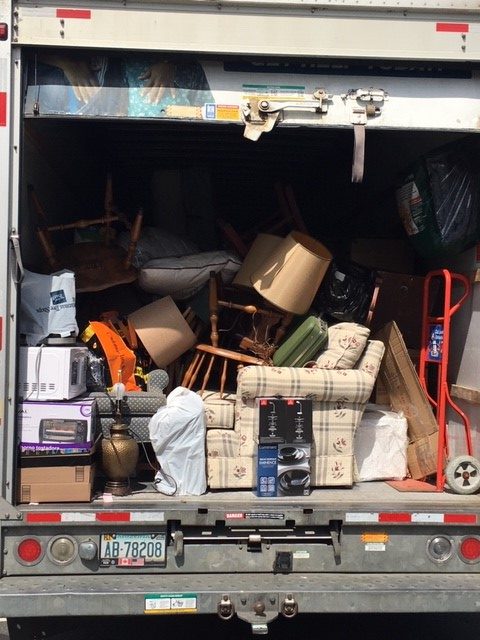 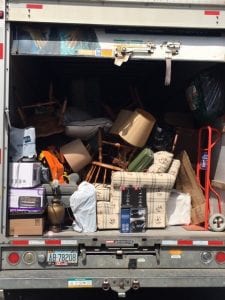 The truck load of donations from the 2018 Homeward Vets Drive in Stanley Park. (Photo submitted)

WESTFIELD- The Westfield and West Springfield Elks Lodge will hold a donation drive for homeless veterans on Saturday, May 4th at Stanley Park from 8 a.m. to noon.

The drive is meant to collect home furnishings that will be donated to the Homeward Vets organization. Homeward Vets is a veteran’s support organization that helps formerly homeless U.S. veterans stock their new house or apartment with appliances, furniture, and kitchen supplies.

Chistolini said that this is the 5th year that the Elk’s Lodge has held this drive. Each year, a truck is pulled in to Stanley Park and it is filled with the day’s donations. When the drive is over, the truck goes to a warehouse owned by Homeward Vets and unloads. Veterans in need, some of whom have come out of substance abuse programs, are then allowed to go and choose what they need for their new place, and it will later be delivered right to their door.

The Elks Lodge also donates approximately $2,000 in gift cards to Big Y and Walmart for the veterans to purchase whatever other supplies they need that were not available at the warehouse. The donation comes through a national organization grant program.

During the four hour donation drive, Chistolini said he can expect anywhere from 35 to 50 people to come and donate multiple items each. Most of the people who show up to donate, according to Chistolini, are veterans themselves. The only problem he has with the event is the timing of it.

“We kind of wish we could move it to two or three weeks later when the students at Westfield State University are leaving their dorms and throwing their appliances out,” said Chistolini.

He added that they may consider doing just that, and holding the drive around the same week that the students move out of their dorms in May. He also said that the Elks Lodge is floating the idea of holding an additional donation drive in the Fall, so the veterans can have some support before the winter months roll in.