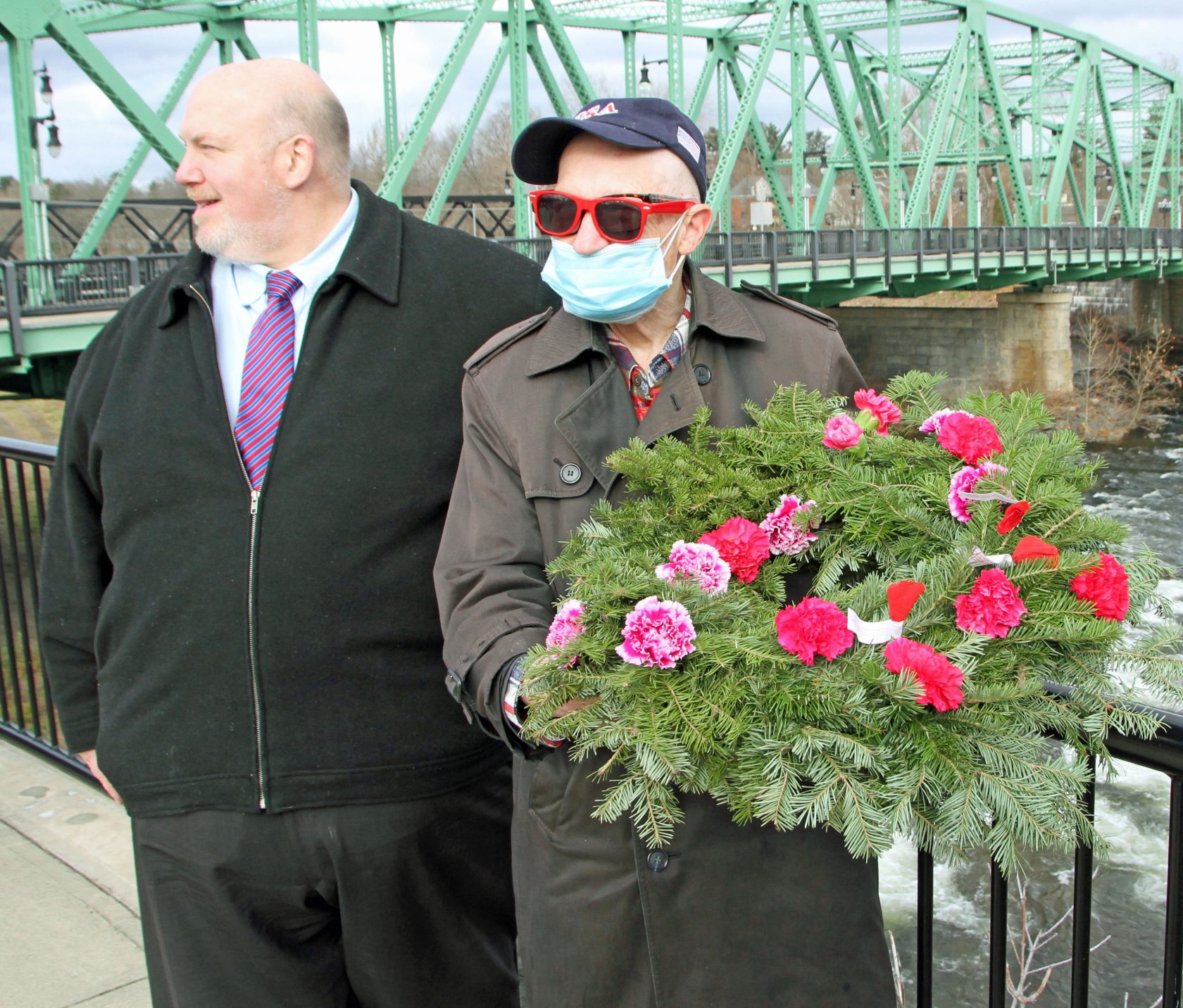 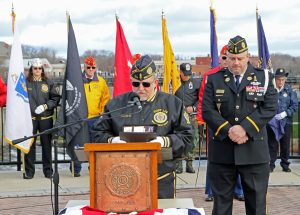 WESTFIELD — It was the 80th anniversary of the “date which will live in infamy,” but Mayor Donald Humason Jr. and state Sen. John Velis had a more recent statement in mind.

They were the words of a World War II veteran from Westfield, Robert Greenleaf, who was serving with the Navy in Pearl Harbor, Hawaii, when it was attacked by the Japanese Navy on Dec. 7, 1941. Velis recalled how in 2016, Greenleaf was asked to give a speech reflecting on the war.

“He had two words: ‘Study history,’” Velis recalled. “I was absolutely taken aback and flabbergasted.”

Velis, a veteran himself, said he wonders what Greenleaf, who died in 2017, would think about the state of civics education and public discourse in America today. 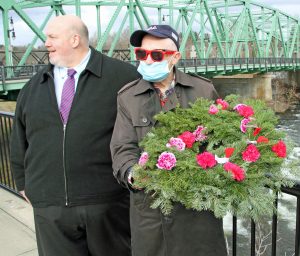 Retired Air Force Col. Brian Barnes, a former A-10 pilot and wing commander of the Connecticut Air National Guard, filled in some of the historical perspective in his keynote remarks. He noted that trans-Pacific tensions had been growing throughout the 1920s and 1930s, as Japan developed into a regional military and colonial power. The United States passed economic sanctions on the island nation, which then signed an alliance with Germany and Italy. 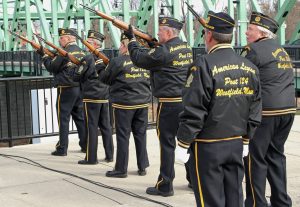 The American Legion Post 124 firing detail stands ready for the gun salute to those who died in the Pearl Harbor attack of Dec. 7, 1941. (DON WIELGUS FOR THE WESTFIELD NEWS)

“To Japan, war with the United States was inevitable,” he said.

The commemoration took place in Kane-Wojtkiewicz Park, named in part for Navy Chief Petty Officer Frank Wojtkiewicz, the first Westfield resident to die in World War II. Wojtkiewicz was a machinist’s mate on the USS Arizona, one of the eight battleships attacked at Pearl Harbor. In all, 1,177 sailors lost their lives when the Arizona sank, more than half of the 2,403 total servicemembers and civilians who died in the attack.

Barnes noted that Japan’s military leaders thought a surprise attack would destroy both the Navy’s ability to threaten Japan, and the American people’s willingness to fight in the Pacific. Although they succeeded in taking Pearl Harbor by surprise, the attack turned out to be a failure in its mission of demoralizing the nation and crippling its Pacific fleet. Of the eight battleships that were Japan’s primary target, six were merely damaged or disabled, and returned to service, after repairs, in less than half a year. None of the Navy’s aircraft carriers was at Pearl Harbor during the attack. 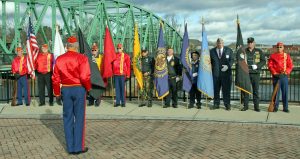 Honor guards from each local veterans organization participated in the annual Pearl Harbor Day commemoration in Westfield. (DON WIELGUS FOR THE WESTFIELD NEWS)

Six months after Pearl Harbor, the United States turned the tide of the war with a win at the Battle of Midway, though the island-hopping campaign to push Japanese forces back to their home islands and force a surrender would last until August 1945.

“We honor the patriots who perished, commemorate the valor of all those who defended our nation, and recommit ourselves to carrying forth the ensuing peace and reconciliation that brought a better future for our world,” the president wrote. “Today, we give thanks to the Greatest Generation, who guided our nation through some of our darkest moments and laid the foundations of an international system that has transformed former adversaries into allies.” 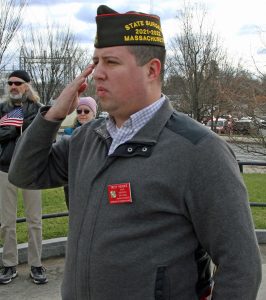 Troy Henke, state surgeon for the Massachusetts Veterans of Foreign Wars, stands at attention during the Pearl Harbor Day remembrance ceremony on Wednesday. (DON WIELGUS FOR THE WESTFIELD NEWS)

Humason took a moment to thank all veterans, not only for their service, but also for welcoming him and sharing their perspectives with him during his own career of public service. Humason, who was Westfield’s state representative and state senator for several years, has served as the city’s mayor for the past two years but recently lost a bid for re-election. 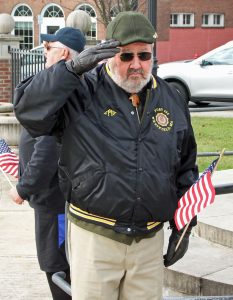 After the ceremony, the Purple Heart Trail Association of Westfield presented its first three “Citizen of the Year” awards, in what the group plans to be an annual recognition of Westfield residents who support the veteran community and veterans’ causes. 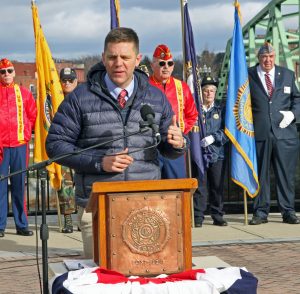 State Sen. John Velis speaks to the crowd at Kane-Wojtkiewicz Park in Westfield. (DON WIELGUS FOR THE WESTFIELD NEWS) 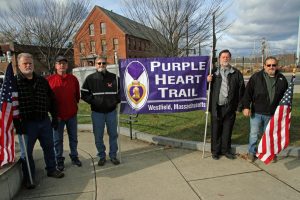