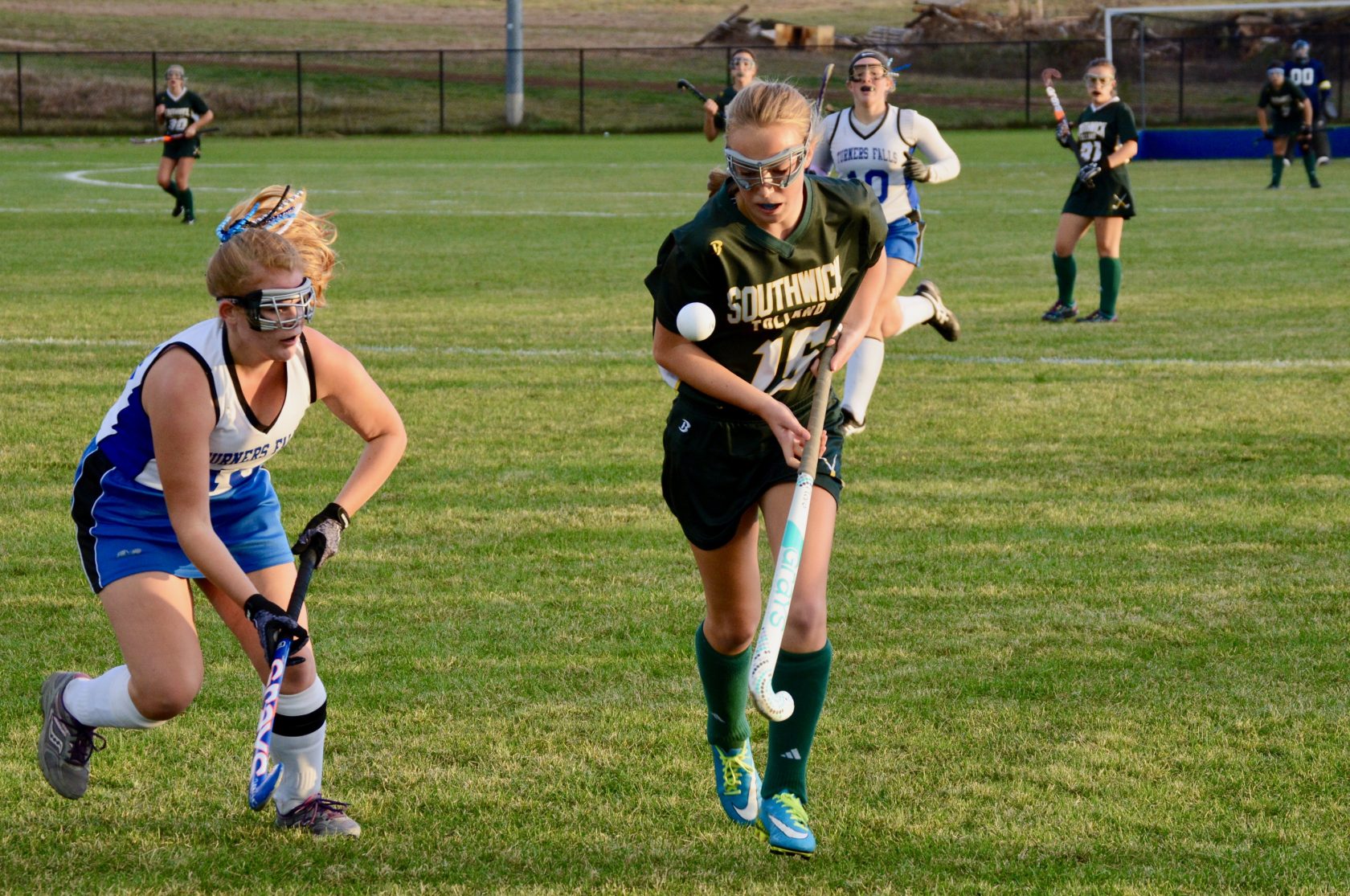 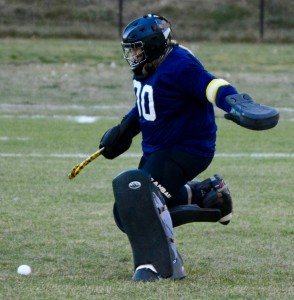 Southwick goalie Sarah Power comes out of net to make one of several saves en route to earning a tremendous shutout in a field hockey playoff opener Thursday at Turners Falls. (Photo by Chris Putz)

MONTAGUE – A total of 90 minutes of game action, 18 penalty strokes, an astounding 20-save performance, and a grueling two-hour competition produced one of Southwick’s most impressive field hockey victories in the postseason in nearly a decade.
Southwick senior goalie Sarah Power turned away all 20 shots on goal through one full 60-minute contest, two 15-minute overtime periods, and all but one penalty stroke in a thrilling penalty shoot-out as the fifth-seeded Rams powered past Turners Falls 1-0 in a West Sectional Division 2 quarterfinal Thursday night on the road. 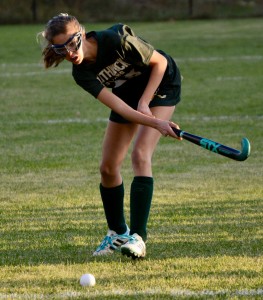 Southwick’s Marissa Longhi slaps the ball up the field. (Photo by Chris Putz)

Southwick advanced to the semifinals by outscoring No. 4 Turners 3-1 on penalty strokes in the shootout. The Rams move on to face the top-seeded Greenfield Green Wave (15-0-3) Tuesday at West Springfield High School’s Clarke Field. Time TBA.
“It was insane,” said an ecstatic Power after the game. “They played so hard. My team played so hard. I couldn’t have done it without them.”
Southwick enjoyed a triumphant Western Mass. run two seasons ago, finishing as runners-up. Power, a young backup goalie at the time, could only watch from the sidelines as the Rams’ championship hopes faded.
Now, having matured, the senior keeper delivered one of the team’s finest efforts in recent memory.
“We worked so hard this season, especially because we had a really rocky start and now to be here and winning, it’s just so incredible,” she said. 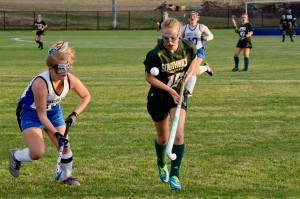 Power made 20 straight saves against Turners, allowing just one ball – the ninth penalty stroke in the shootout frame – to get by her.
After 11 penalty strokes netted zero scores, Southwick sophomore Alyssa Pompi finally broke the ice with a successful penalty stroke. Junior Caroline Wilcox made it 2-0. Turners Falls senior Alysha Wozniak cut the shootout lead in half, but sophomore Emma Barnard broke the Indians’ back with the game-winning goal.
“After an up and down season,” Southwick coach Jordan Baillargeon said, “it was nice to grind one out … We were working on borrowed time.”
Southwick’s defense – led by Wilcox, Rachel Diamond, and Sydney Gorman – and midfielder Sophia Kelleher made one big play after another, time and time again.
Turners Falls sophomore forward Cassidhe Wozniak found herself on the end of several breakaways only to have them broken up at the last second by a Southwick defender, or thwarted by Power.
It was a tremendous defensive effort, and will likely go down as one of the most exciting first round victories in Southwick field hockey postseason lore. 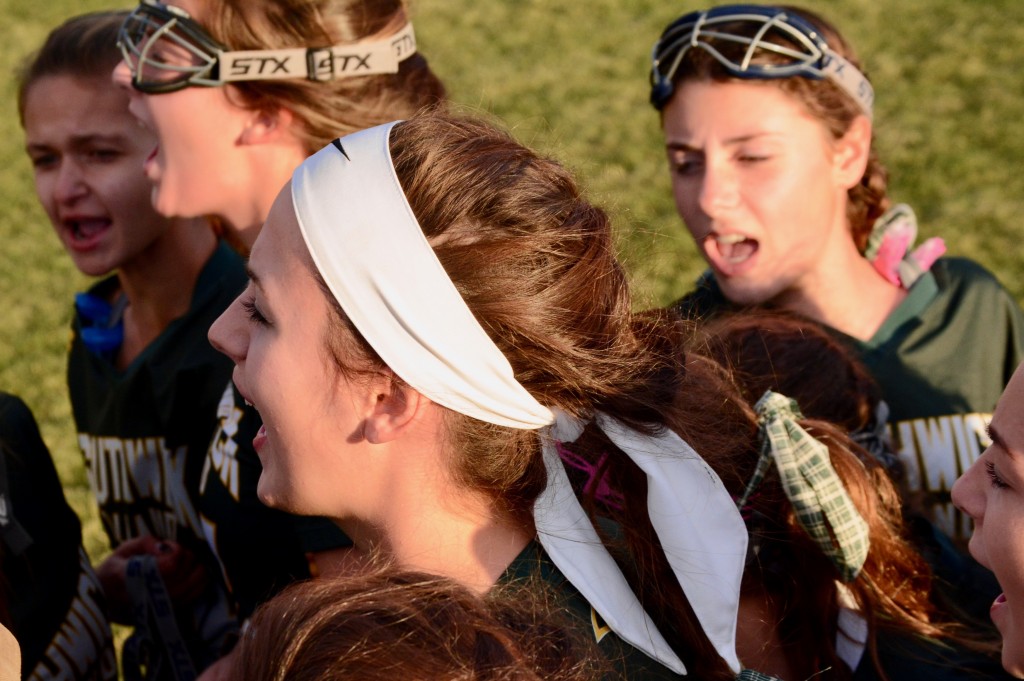 The Southwick Rams let loose before their postseason matchup at Turners. (Photo by Chris Putz)