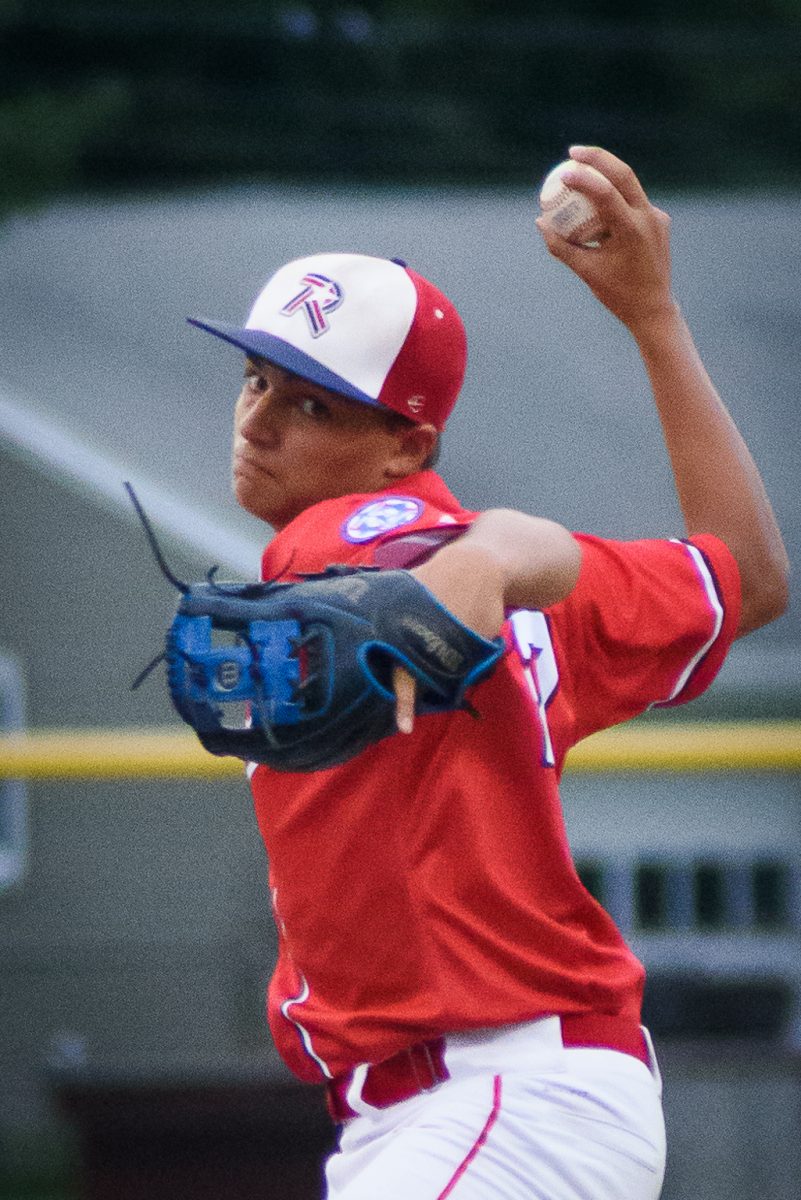 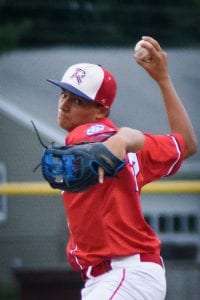 WESTFIELD – One thing is for certain for the Babe Ruth Baseball 15-Year-Old New England Regionals championship – it will be a rematch of epic proportions.
Ethan Platt hit a towering walk-off hit to the left field fence with the bases loaded in the bottom of the seventh inning to lead Norwalk (Conn.) past Braintree 3-2 in a thrilling regional semifinal Tuesday night at Bullens Field.
Norwalk advances to the championship against Keene (N.H.) Wednesday at Bullens Field at 4 p.m. It is a rematch of the controversial 2018 Babe Ruth 14-Year-Old New England Regionals final that Norwalk won.
“Everyone knows where they need to be,” Platt said just moments after blasting the game-winning hit. “If we come together, there is no one that can beat us.”
Platt came to the plate in his final at-bat, having struck out twice and reached first base on a hit-by-pitch, but was not phased by the big moment.
Just one year ago, Platt faced the same exact situation in the regional semifinals as 14-year-olds, and delivered in similar fashion. The difference, Platt said, is that the ball went much further this time around.
Tuesday night’s game was a nail-biter from start to finish.
Norwalk made the first dent on the scoreboard. With two outs in the bottom half of the first, Brendan Eduardsen singled and came around to score on a Jaden Echevarria hit to left-center field to give Norwalk a 1-0 lead.
In the third, Norwalk made it 2-0, again with two outs when Echevarria hit a run-scoring single.
Braintree took advantage of two consecutive infield errors in the fourth, the second of which resulted in a run to trim the lead in half. The Eastern Mass champ tied it in the fifth on a RBI double from Chase Cahill. Cahill knocked in Owen Lettney, who had reached on a one-out double.
The stage was set for the dramatic finish.
With one out in the bottom of the seventh, Norwalk’s Ben Boccanfuso drew a walk off Braintree pitcher Chase Cahill, who allowed eight hits and just two runs while striking out six batters. Cahill was lifted from the game. Phil Nora walked in the team’s next at-bat. With two outs, Vance Ward drew an intentional walk to load the bases. Platt then plated the game-winner with a forceful swing of the bat.
Norwalk pitcher Cole Forcellina also scattered eight hits and recorded six Ks.
The victory ensures that fans will be treated to a highly-anticipated rematch. In last year’s regional championship, Norwalk stole a victory away from Keene after umpires ruled that the Keene base runner had left the base too early on the game-winning play. Keene was already on the field celebrating when they were told they lost. Tears of joy quickly turned to sorrow.
Said Platt: “It’s not our fault they messed up.”

New Hampshire storms past Maine
Keene (N.H.) 11, Greater Portland (Maine) 1 (5 inn.)
Keene stormed out to a 6-0 lead, scoring three runs in each of the first two innings, and cruised in a mercy-shortened five-inning contest.
In the first inning, it was a Jack McLaughlin two-run double that got things started for Keene. In the second inning, Connor Branon launched a booming double to left-center field that resulted in two runs. An RBI single from Liam Conley made it 6-0.
Two more two-run doubles – one apiece from Branon and Jacob Kidney helped make it a 10-run ball game in the fourth.
Greater Portland delayed its ending, albeit just briefly, scoring on an infield error in the fifth. Keene responded with a run of its own on an Austin Morris RBI single in the bottom half of the inning to end it.
“Obviously there is going to be a little more energy going into this (championship),” Keene manager Chad Branon said about the much-ballyhooed rematch. “We will see how it shakes out this time.”
While Keene finished up a runner-up last season, they made a run to the 13-Year-Old World Series in 2017.