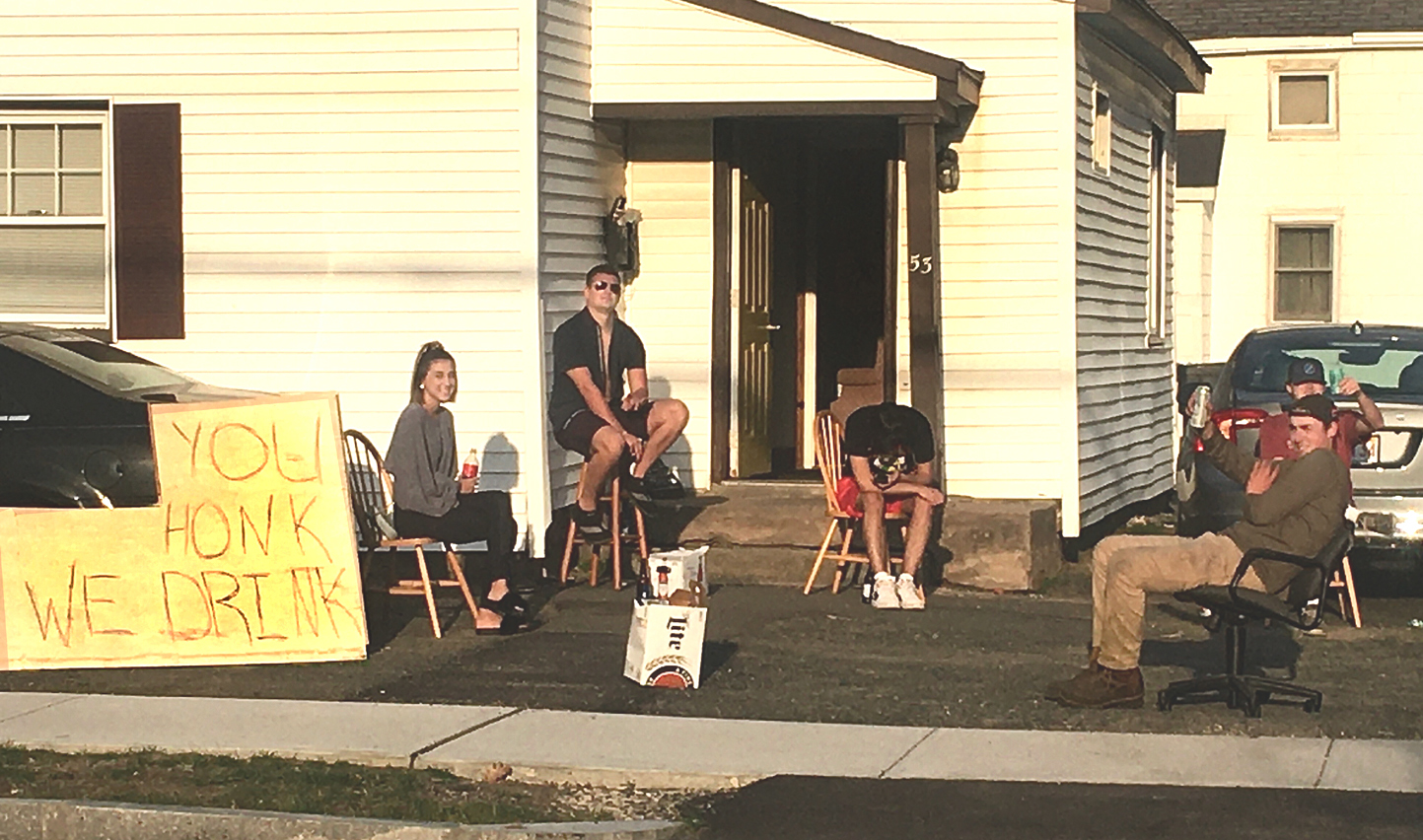 WESTFIELD- With the COVID-19 pandemic ongoing as the school year begins, the Westfield Police Department and Westfield State University are contending with off-campus house parties in a different manner. 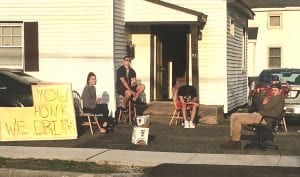 A group of college aged youths enjoy afternoon sunshine in the midst of the coronavirus pandemic in April. While this group is socially distanced, city police are cracking down on large college parties where hundreds of students have gathered without masks already this school year. (Photo ©2020 Carl E. Hartdegen)

Lt. Kevin Bard of the Community Police Department said that there have been three major off-campus house parties already, and WSU students haven’t even moved back to campus yet for in-person learning.

Bard said that the three parties were all clearly in violation of social distancing and mask rules as well as being far beyond the capacity of gatherings set by Gov. Charlie D. Baker due to the pandemic.

Bard said one of the parties was on Mechanic Street with more than 100 people and no masks or social distancing. Another took place on Lincoln Street across two properties with 200 people. Bard said responding officers observed that three of the 200 people were wearing masks.

Per Gov. Baker’s order, there is a limit of 25 people who can gather indoors and 50 people outdoors.

Westfield Police and WSU respond to numerous house parties throughout the year. Bard said that each year a pamphlet is handed out to landlords explaining the rules for WSU students and their code of conduct. Each year, Bard hears the excuse from students that they never saw the pamphlet and didn’t know what the rules were.

“We’re trying to hit this from all angles this year so there’s no misunderstanding, no misinterpretation, and nobody can say they didn’t know,”  said Bard.

He said that Shannon Broderick, director of student conduct at WSU, has been instrumental in trying to convey to students the new policies this year. The pamphlet was updated to include COVID-19 restrictions on gatherings and was sent to all known student renters, cosigners, and landlords.

Bard said there is a three-pronged approach to enforcing the guidelines.

First, Westfield police will continue to enforce typical house party violations, which include a $100 fine for underage drinking, noise violations and other infractions.

The enforcement of violations of COVID-19 restrictions will be handled by the Westfield Health Department and its director, Joseph Rouse. For those violations, an additional $500 fine can be levied against the hosts of the party and all guests who attend.

Finally, all the information from the police call will be sent to the Student Conduct office at WSU. A Student Advisory Board hearing led by Broderick would be held and could result in on-campus punishments such as suspensions or expulsion.

During the Sept. 9 remote Board of Health meeting, Rouse said he thinks setting an example is important to keep house parties at bay during the pandemic.

“With multiple properties throughout the city, they know they can’t get to every single one, but there is great communication between the university and off-campus housing owners,” said Rouse. “Until someone gets suspended, expelled, or fined nothing is going to happen and people will continue to party as if there are no consequences.

“It’s not the same now, this is a potentially life threatening scenario that they would be allowing to occur,” Rouse said.