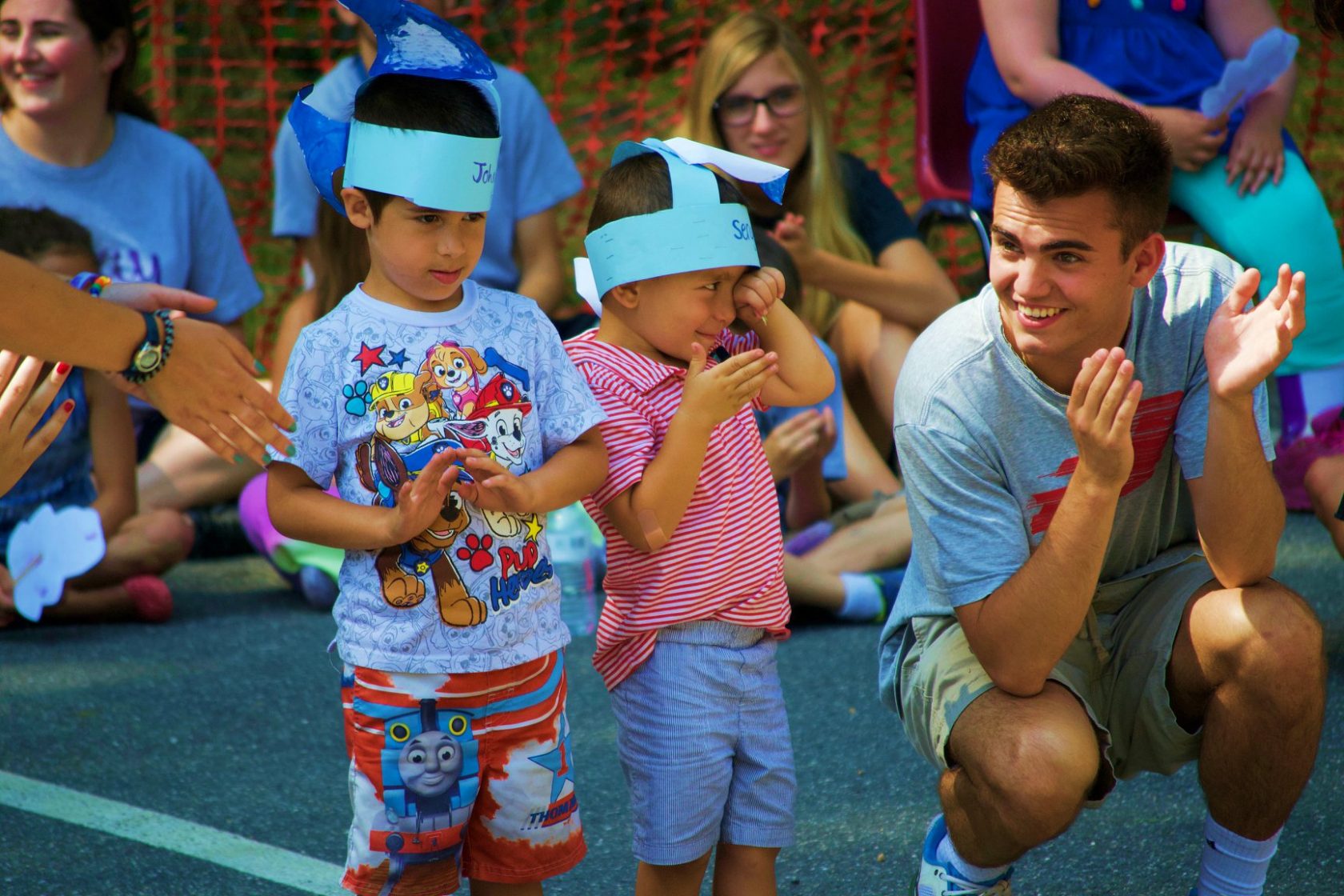 Mike is a teenager with autism. He uses a tablet with adaptive software along with limited sign language to communicate. Mike enjoyed his first year at Kamp for Kids, but had difficulty adjusting to the Kamp schedule, and as a result did not participate in many activities.

In his second year, his counselor set a goal for Mike to attend every activity (Recreation, Arts & Crafts, Nature, Group Quality Time, and Spray Park) at least once. Mike took to some activities more quickly than others. He was happy to walk with his group on the Nature Trail, and liked playing ball games in Rec – especially basketball. He particularly enjoyed painting during Art time, smiling with glee as he asked his counselors to say the names of the paint colors he was using. He was overjoyed one rainy day when he was able to join the whole camp to watch his favorite movie, Shrek. His counselor was proud of the progress that Mike made since his first year, but couldn’t seem to get Mike into the Spray Park. It seemed like a natural fit, since Mike loves water. At times, he even asked to go into the Spray Park, but when it came time to change into his swim trunks, he changed his mind.
On the morning of the last day of Kamp, Mike’s counselor was ready to mark his goal down as “mostly complete.” 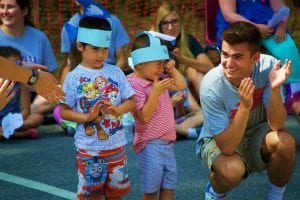 Campers and a counselor clap during an activity at BHN’s Kamp for Kids. (Photo submitted)

After all, Mike made significant progress from his first summer. As the rest of the group was changing into their swimsuits, Mike pulled out his tablet and pressed one final icon. The tablet’s speakers called out, “Spray Park.” Mike changed into his swim trunks and joined his group. He ran around laughing, inviting other campers and counselors to join him as he stood beneath buckets that dumped water all over him. He ran beneath rings that sprayed jets of water from every angle. He looked as thrilled as any of the staff had ever seen him.
Located at Camp Togowauk in Westfield, BHN The Carson Center’s Kamp for Kids offers children and young adults – both with and without disabilities – an opportunity to experience growth, inclusion and fun in a summer camp setting. Kamp’s focus is on personal achievement and building friendships, while having fun in a safe, non-competitive environment. Founded over 40 years ago by Judy Hoyt as the first and only camp of its kind in the region, Kamp has served more than 6,000 youth from various backgrounds.