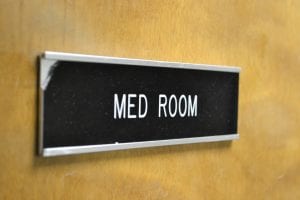 The current opioid epidemic in the United States has not only broken numerous records, it has also shattered society’s preconceptions about what drug addiction looks like. Prior to the current crisis, illicit drug abuse was largely contained within urban centers, disproportionately affecting communities of color and those of lower socio-economic status, such as the surge in crack cocaine use during the 1980s and 90s. However, a significant shift occurred during the late 1990s and into the 21st century, when healthcare providers began prescribing opioid painkillers at increasing rates. According to a study by the Centers for Disease Control (CDC), in 1999 drug overdose death rates for urban areas were higher than in rural areas, at 6.4 per 100,000 population versus 4.0 per 100,000. By 2004 the rates converged, and by 2006 the rural rate, 11.7 per 100,000, was slightly higher than the urban rate, 11.5 per 100,000. Today, the opioid epidemic is increasingly white, rural, and middle class.

Nicholas Licitra, a drug addiction counselor at Behavioral Health Network’s (BHN) Carlson Recovery Center in Springfield, embodies the shifted profile of what drug addiction looks like. Nick grew up in Enfield, CT, a small, suburban New England town where 90 percent of its residents are white and median household income is around $70,000. Nick lived with his parents, who were happily married, and a younger sister. By the time he was 12, Nick began using marijuana, and by his early teen years, he started selling. Nick recalls, “I had money brain. I realized that if I started selling drugs, I could save some for myself and use them for free.” He eventually moved on to hallucinogens before finally settling on prescription painkillers, which he started using himself. During his late teens and early 20s, Nick went in and out of detox programs. At 27, Nick was arrested for the first time. “This should’ve been my wake-up call, but unfortunately I didn’t wake up,” he remembers. Not too long after being released, Nick was arrested a second time — this time it was more serious. The police found weapons along with drugs, and Nick was charged with a federal offense. “This time,” he says, “the wake-up call was real.” During his two-week stay in jail, Nick went through a “spiritual awakening,” at one point getting on his knees to pray.

When Nick was released, his parents gave him 24 hours to come up with a plan to turn his life around. He took his first step by volunteering at a local food bank. “At first, I just did it to make my parents happy. But the more I did it, the more I realized that I liked the feeling I got from helping people out,” he says. Nick capitalized on the momentum he gained from volunteering and decided to go back to school and get his degree in Human Services. This led to an internship at a drug addiction treatment facility in Holyoke, where he was eventually hired as a full-time employee. Nick continued his work as a counselor for three years, but in 2015, parted with the organization due to the mental strain associated with being an addiction counselor. “When I left, I was so mentally exhausted dealing with these types of individuals every day. It made me rethink if I could really handle being a counselor in the future.”

Soon after leaving the organization, Nick’s girlfriend at the time found a job opening at BHN’s Carlson Recovery Center and encouraged him to apply. When he did, he was asked to interview and was hired as a counselor the same day. “I never had an appreciation for the work drug counselors do until I became one — it’s a ton of work and really takes a toll on an individual. But the results can be incredible — I leave work every day with a sense of satisfaction.” Eventually, Nick was promoted to case manager, where he oversees all inpatient after-care services. In his words, “I transition them from detox to the next steps in their recovery process.”

Now almost 10 years sober, Nick sees his own journey and struggle with addiction as an important piece in his success in this field. “I love being on the front lines. These people are just like I was when I was using. I treat them just as I would treat a friend, like someone I know.” This builds trust and allows his clients to open up to him, and in return, they receive better care. “Being on the other side of the treatment process now, I see how things are run from the ground level, and I learned quickly that I wanted to put myself in a position to change things.”

When asked about the opioid epidemic as a whole, Nick’s experience on the ‘other side’ has informed him of the reality of the seriousness of the current crisis: “The death toll is shocking, and things are getting even worse.” Specifically, the current system of addiction treatment, according to Nick, needs a major overhaul. “So many programs are just a revolving door – people come in and out and there’s no system to keep them accountable. Ultimately, we need to change the way we think about addiction and treatment.” Though much progress is yet to be made, it’s clear that Nick’s passion and insight positions him to play a major role in building a better future for each life he touches.