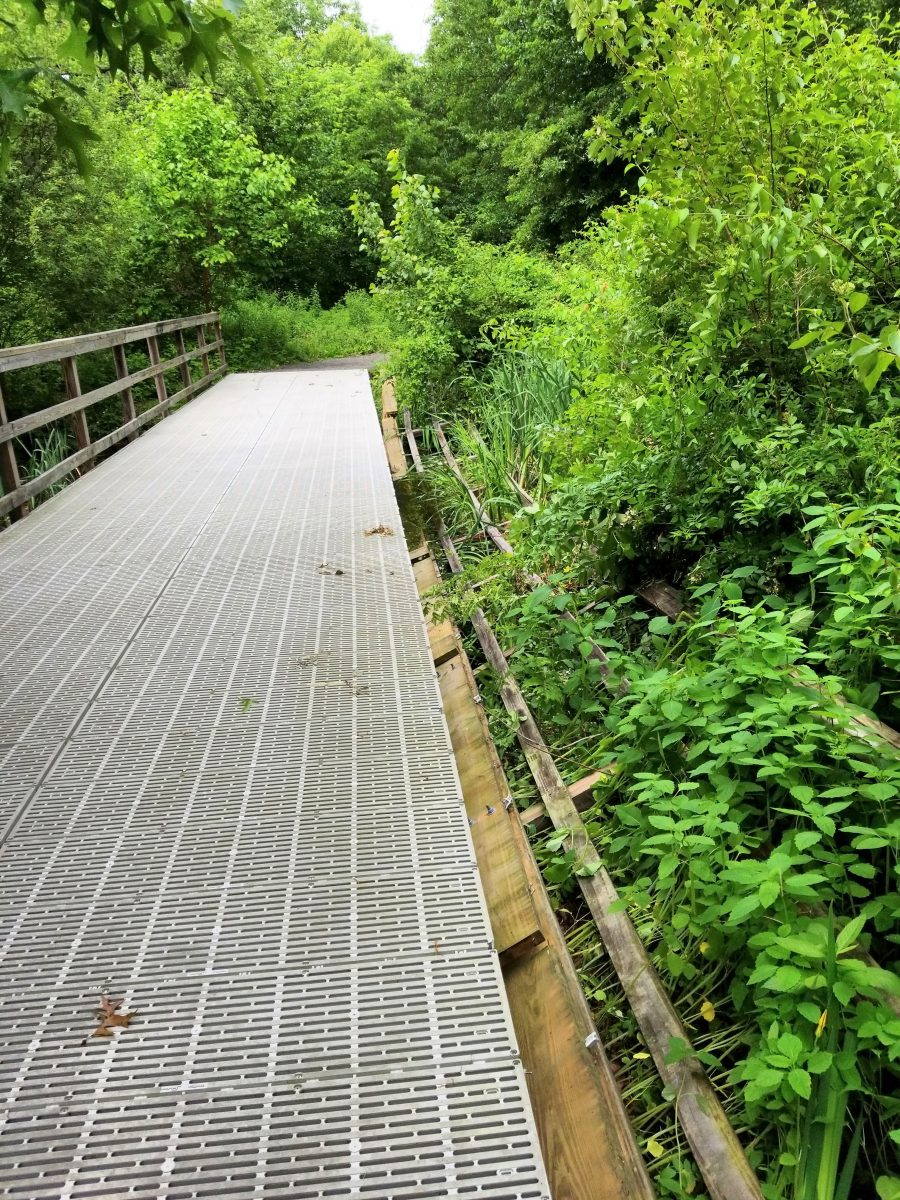 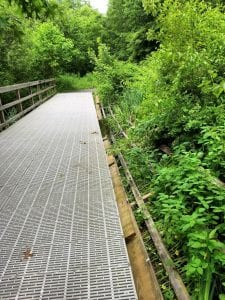 The railing on this bridge at Grandmother’s Garden was vandalized last week. (Photo by Richard Holcomb)

WESTFIELD – Members of the Friends of Grandmother’s Garden are working to keep people from crossing a footbridge in Chauncey Allen Park that was vandalized last weekend.

“We believe it was a group of kids seen at the park on Friday having a fight,” said Holcomb. “They broke off the railing on the bridge.”

Watkins said on Father’s Day, cautions tape placed after the first incident was ripped down and the broken railing was then pushed into the water running under the bridge. Watkins said he is concerned for the safety of anyone trying to use the bridge, as well as the liability.

“I’m concerned about the liability for us and the city,” he said. “Without a railing, someone could fall off the bridge.”

Watkins said the incidents were reported to police and he asked to have Jersey barriers placed on either end of the bridge to block passage, but Holcomb feels there isn’t enough being done.

“No one is doing anything to help,” he said.

“This has been assigned to Community Police Officer Chris Coach and it is under investigation,” McCabe said.

As far as the barriers, McCabe said that is not the purview of police.

Watkins reached out to the Department of Public Works and Parks and Recreation Department for assistance with blocking off the bridge.

Watkins said he isn’t sure how much it will cost to replace the 40-foot long railing but hopes to work with Westfield Technical Academy to build a new railing. WTA students have partnered with Grandmother’s Garden on past projects, including replacing benches in the park.

Grandmother’s Garden is located in Chauncey Allen Park across from WTA on Smith Avenue. It is an 11-acre municipally owned parcel. The nonprofit Friends group leases the half-acre Garden.